WordPress database error: [Table './sarvajan_ambedkar_org/wp_comments' is marked as crashed and should be repaired]
SELECT ID, COUNT( comment_ID ) AS ccount FROM wp_posts LEFT JOIN wp_comments ON ( comment_post_ID = ID AND comment_approved = '1') WHERE ID IN (866,864) GROUP BY ID 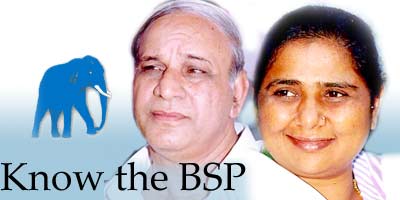 Make me PM
Write Down on the Wall was Dr. Ambedkarâs Sign !Two Thousand Nine !Will Be Mine !

Now is all that you have!

By voting to BSP, the Nation you save!

âThe voting began at 8 a.m. at 42,212 polling
stations spread across the state. We have made elaborate security
arrangements for peaceful polls,â an election official here told IANS.

Over 8,400 polling stations have been declared sensitive and security has been beefed up in these areas.

Over 36 million people, including 17.2 million women, are eligible
to vote. There are 2,193 candidates, including 154 women, in the fray.

Uttar Pradesh Chief Minister Mayawatiâs BSP has made a
dent. The party had won only two of the 124 assembly seats it contested
in 2003. However, it increased its vote percentage from 2.17 percent in
1998, when it fought for the first time in the state, to 3.98 percent
in 2003. As per Three Baskets Study circle BSP will win more than 100 seats.

The
kind of coverage the media was providing was against the security
operation and safety of the people. Indeed, the media is right to
highlight the irresponsible remarks of one or two politicians, but at
the same time the media should also try to report the cooperation of
other people and the steps taken by the government, like the
resignations of ministers.

It is democracy which gives people
the choice to select and vote for the right leaders. It is easy to
blame the system, but there is a very low percentage of voting in our
country â only 50-60 percent. Politicians are not from outside society; they come from the same backgrounds as the ordinary people.
The need of the hour is to develop a broad consensus on political,
civil society and media level. There must be mandatory induction of all
citizens in certain military training.