WordPress database error: [Table './sarvajan_ambedkar_org/wp_comments' is marked as crashed and should be repaired]
SELECT ID, COUNT( comment_ID ) AS ccount FROM wp_posts LEFT JOIN wp_comments ON ( comment_post_ID = ID AND comment_approved = '1') WHERE ID IN (1196) GROUP BY ID

The entire people, i.e.,  Sarvajan will hand over the Master Key to Uttar Pradesh Chief Minister Bahen Ms.Mayawati to become Prime Minister  PraBuddhaBharatha Maatha MahaMayawati for their own peace, welfare and happiness. To-day Uttar Pradesh ranks second- last in Crime listed in National Crime Records Bureau. It was 1st before she became CM.

This comes as a surprise for those who see Uttar Pradesh (UP) grabbing headlines for mafias, crimes and bomb attacks. But UP ranks second-last on the list of 35 states (including six Union Territories) where worsening crime situation is concerned, as it is backed by the latest data compiled by the National Crime Records Bureau (NCRB).

Statistics from the NCRB report gives a befitting reply to opposition parties, which together attacked UP government on the issue of law and order on the opening day of the assembly session on Monday.

The opposition, in a rare show of strength, disrupted the Vidhan Sabha proceedings accusing the UP government of complete breakdown of the law and order situation in the state.

Opposition parties were feeling uneasy as mafias and criminals were running for cover. 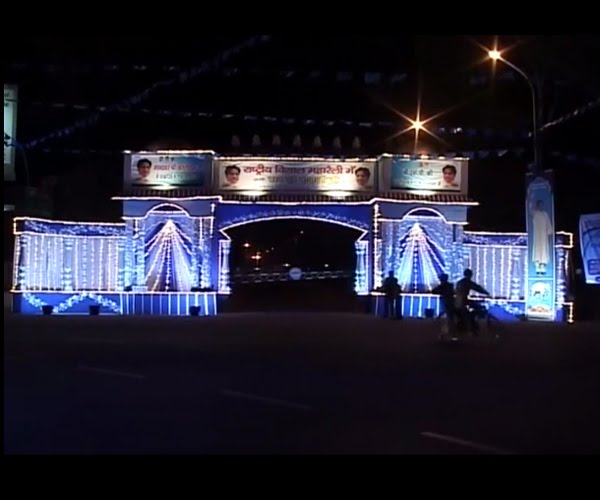 Unfazed by criticism against ‘overspending’ on parks and statues,
Uttar Pradesh Chief Minister Mayawati once again allocated nearly Rs.
500 crores towards her dream projects in the Rs.5,461 crore
supplementary budget tabled before the state assembly Tuesday for projects underway to commemorate the contribution of the Bahujan Samaj Party (BSP) founder and Babasaheb Bhimrao Ambedkar, the party’s tallest icon.

WordPress database error: [Table './sarvajan_ambedkar_org/wp_comments' is marked as crashed and should be repaired]
SELECT COUNT(comment_ID) FROM wp_comments WHERE comment_post_ID = 1196 AND comment_approved = '1';

WordPress database error: [Table './sarvajan_ambedkar_org/wp_comments' is marked as crashed and should be repaired]
SELECT COUNT(*) FROM wp_comments WHERE comment_post_ID = '1196' AND comment_approved = '1'