WordPress database error: [Table './sarvajan_ambedkar_org/wp_comments' is marked as crashed and should be repaired]
SELECT ID, COUNT( comment_ID ) AS ccount FROM wp_posts LEFT JOIN wp_comments ON ( comment_post_ID = ID AND comment_approved = '1') WHERE ID IN (1040) GROUP BY ID

Kindly Vote for all the 5 BSP Candidates

Four assembly by-polls in UP tomorrow Lucknow, Aug 17 (PTI) Amidst tight security, the stage
is set for tomorrow’s by-elections to four assembly seats in
Uttar Pradesh, the first test of popularity for political
parties in the state after the Lok Sabha polls. An estimated 11 lakh voters are likely to exercise their
franchise to decide the political fate of 58 aspirants vying
for Moradabad West, Malihabad, Bidhuna and Morena assembly
seats.The
ruling BSP,  has
put up candidates for the four seats. The by-polls are seen as the first test popularity for
BSP which is going to spring a surprise by winning all the 4 seats. 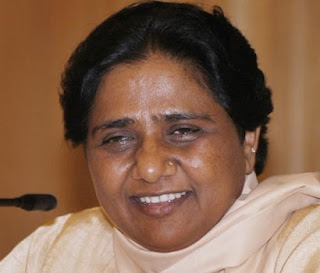 The
entry of former IPS officer Subhash Bharani, to BSP  has made the parties sit up. The BSP has a fairly good presence in
Chamarajanagar and Kollegal. If Bharani notches up an impressive number of
votes, it is an indicator of SC/ST unity and a boost to BSP.

BSP candidate Subash Bharani, the former IPS
officer, accused the opposition of indulging in malpractices including use of
money power. But there is wave for the party and people will vote for change, he
stated. The segment has rejected the politicians it elected once and will
continue the tradition since Congress nominee Jayanna is not active, JD(S)
candidate N Balaraj merely indulged in film activities when he was an MLA and
BJP candidate G N Nanjundaswamy was never close to the people.

He
said he is fighting to help the party open
its account in the state assembly. This should pave for the growth of BSP here,
he stated.

He had promised to give loans to purchase cattle


BANGALORE: A day before the byelections to five Legislative Assembly
constituencies in the State, the Election Commission of India on Monday
censured Chief Minister B.S. Yeddyurappa for violating the model code
of conduct during the campaign in Kollegal (reserved) constituency on
August 10.

In its order, the Commission took serious note of promises made by
the Chief Minister and censured him under sub-section (VI) A and (VI) C
of the Clause VII of the model code of conduct.

Sources in the office of the Karnataka Chief Electoral Officer (CEO) told The Hindu that the commission had issued the order and censured the Chief Minister.

In its order dated August 14, the commission said it watched videos of
speeches made by the Chief Minister and it was found that he has made
promises of giving loans to farmers and tribal people for purchase of
cows and buffaloes and intention of declaring the district as
drought-hit.

The Chief Minister during the poll campaign on August 10 at
Santhemarahalli in Yellandur in Kollegal constituency promised the
voters that the Government would give loans to farmers, particularly
tribal people, to purchase cows and buffaloes if they voted for BJP
candidate in the byelection to be held on Tuesday.
Mr. Yeddyurappa also promised to declare Charamarajangara district as a
âdrought-hitâ if voters blessed the party candidate.

The commission served a show-cause notice on Mr. Yeddyurappa on
August 14 for violating the model code of conduct. On August 15.

He distributed money to workers of the factory, alleges Congress


BANGALORE: Karnataka Pradesh Congress Committee working president on Monday alleged that Housing and Muzrai Minister V.
Somanna distributed money to workers at Unitek Apparels at Bhuvaneswari
Nagar in Govindaraja Nagar Assembly constituency, and that the Congress
workers and some residents locked him there for some time.

The two alleged that a TV channel was reporting the alleged grabbing
of prime land belonging to a private textile company in the
constituency by Mr. Somanna and his wife, Shailaja, but the Minister
got power supply cut in the area with a view to preventing the channel
from covering the news report.

Expressing shock over the inaction of the election observers for
Govindaraja Nagar constituency to the distribution of money and the
alleged highhandedness of the government agencies,  the Election Commission was urged
to keep a watch on the activities of the
Minister tomorrow. The TV channel concerned should be allowed to
continue its coverage.

The Voters condemned the alleged land grabbing
incident and alleged that the residents had to suffer due to power
disconnection.

Election Commission censured Chief Minister B.S.
Yeddyurappa for âintimidating votersâ at Santemarahalli in Kollegal
Assembly constituency during an election campaign a couple of days ago, commission is urged to be tough with Mr. Somanna too
and extend all protection to the Opposition candidates.

He told presspersons that the Nagarabhavi Block Congress Committee
president and his supporters went to Unitek Apparels and
locked it, protesting against the alleged move by Mr. Somanna to
influence voters in the by-elections to be held on Tuesday.