WordPress database error: [Table './sarvajan_ambedkar_org/wp_comments' is marked as crashed and should be repaired]
SELECT ID, COUNT( comment_ID ) AS ccount FROM wp_posts LEFT JOIN wp_comments ON ( comment_post_ID = ID AND comment_approved = '1') WHERE ID IN (1120) GROUP BY ID 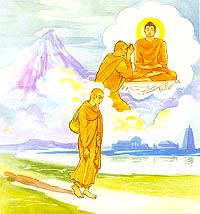 Mind precedes all knowables,
mind’s their chief, mind-made are they.
If with a clear, and confident mind
one should speak and act
as one’s shadow ne’er departing.

Press Information Bureau(Chief Minister’s Information Campus)Information and Public Relations Department, U.P.
CM condemns Pune terrorist incident
Central Government should find out permanentsolution to check continuous terrorist attacks in countryâMayawati
All police and administrative officersshould maintain caution and stick to all directivesgiven by State Government to counter terrorist incidentsâChief Minister
Lucknow:15 February 2010
The Uttar Pradesh Chief Minister Ms. Mayawati, on behalf of herparty and State Government, has strongly condemned the 13 FebruaryPune terrorist incident. She has demanded from the Central Governmentto find out some permanent solution to check the terrorist incidentsoccurring all over the country repeatedly for past few years.
The Chief Minister was addressing media persons at her officialresidence here today. She said that such incidents were causing lose oflife and property on one hand, while on the other atmosphere of fear wascreated all over the country. She said that it was not good for thecountry.
Ms. Mayawati said that the Central Government has intimated theState Government that the terrorists may strike in Kanpur along withDelhi and Indore. The media also telecast such a news item. She said thatthe State Government had taken it very seriously and A.D.G. (Law andOrder) had been sent to Kanpur. He reviewed the situation thoroughlyand gave necessary directions to all the officers related with Law andOrder.
The Chief Minister said that the police and administrative officers ofall the districts had been put on high alert and they had also beendirected to stick to all the directives issued earlier regarding the terroristincidents. She said that the State Government had also informedAssembly in this regard.*******
C.M. accords top priority to vocational educationC.M. to head Vocational Education Department directlyVijay Shankar Pandey given additionalcharge of Principal Secretary Vocational EducationAnother post of Additional Cabinet Secretarycreated, Netram given additional charge
Lucknow: 13 February 2010
The Uttar Pradesh Chief Minister Ms. Mayawati has decided toaccord priority to vocational education with an objective to make theyouths self-sufficient by providing them more and more opportunitiesof employment. She has also decided to ensure effective monitoringthrough a senior officer of various schemes being implemented in 09important cities of the state for their all-round development, besidesimplementation/monitoring of the Mukhyamantri Mahamaya GaribArthik Madad Yojna. Additional Cabinet Secretary Mr. Vijay ShankarPandey has been entrusted with this responsibility. He wouldthoroughly review the implementation of these schemes and submitits report to C.M. on regular basis.
Ms. Mayawati has also taken some important decisions to effectsome changes at the highest level of the government to acceleratethe pace of various developmental and welfare schemes being carriedout in the state. Under it, another post of Additional CabinetSecretary has been created and Mr. Netram has been given itscharge in addition to his present responsibilities.
The C.M. would now look after the progress of VocationalEducation Department and Additional Cabinet Secretary Mr. VijayShankar Pandey has been given its additional charge besides hispresent responsibilities. Moreover, Mr. Pandey has also been giventhe responsibility of monitoring the progress of various developmentworks being carried out in 09 important cities viz. Lucknow, Kanpur,Varanasi, Allahabad, Agra, Meerut, Faizabad, Mathura and Kannauj.He would also review the progress of Mukhyamantri Mahamaya GaribArthik Madad Yojna and apprise the C.M. of the inferences.It may be recalled that Ms. Mayawati had laid the foundation ofvarious schemes to ensure development of basic infrastructure andprovide civic amenities in important cities of the state. Theimplementation of these schemes is under progress.
It may be recalled that the Uttar Pradesh MukhyamantriMahamaya Garib Arthik Madad Yojna had been implemented on 15January 2010 last. It is a first scheme of its kind in the country. Poorpeople of Sarva Samaj, who were not covered under variousgovernment pension schemes and were not getting the benefit of thescheme of food grains at cheaper rates, would now get an assistanceof Rs. 300 per month directly, so that they could fulfil their dailyrequirements. This scheme is being implemented from the year2010-11.
The Chief Minister, with a view to accelerating the pace ofdevelopment works and streamlining the administration, has effectedsome important changes at the highest level of the government.Under it, Mr. Raj Pratap Singh and Mr. Durga Shankar Mishra havebeen appointed as Principal Secretaries to CM to strengthen the CMâsSecretariat. Mr. R.K. Sharma has been appointed as APC. He has alsobeen given the additional charge of Principal Secretary PanchayatiRaj, while the APC Mr. V.K. Sharma has been posted as ChairmanPICUP.*******

WordPress database error: [Table './sarvajan_ambedkar_org/wp_comments' is marked as crashed and should be repaired]
SELECT * FROM wp_comments WHERE comment_post_ID = '1120' AND comment_approved = '1' ORDER BY comment_date