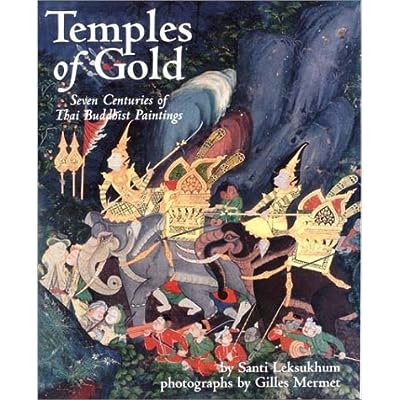 These biographical notes were adapted from the sources that follow each entry.

This is a work in progress. I welcome your help in filling any of the gaping biographical holes. If you have any information to provide, please let me know. I’d be especially grateful for references to previously published sources (book, newspaper, magazine, official website, etc.) that I can cite as trustworthy references.

Larry Rosenberg is the founder of, and a guiding teacher at, the Cambridge Insight Meditation Center. He is also a senior teacher at the Insight Meditation Society. Larry’s spiritual practice began more than 30 years ago with J. Krishnamurti and Vimala Thakar. He received Zen training with Korean Master Seung Sahn and Japanese Master Katagiri Roshi for 8 years before coming to Vipassana. Anagarika Munindra was his first Vipassana teacher. Larry’s main influence has been the Thai Forest tradition. He has practiced with Ajahn Maha Boowa, Ajahn Suwat, and Ajahn Buddhadasa. Larry has also practiced with Thich Nhat Hanh. He is the author of Breath by Breath: The Liberating Practice of Insight Meditation and, more recently, Living in the Light of Death: On the Art of Being Fully Alive. [Source: Â» CIMC Teachers and Instructors, May 2006.]
Sao Kantasilo, Phra Ajaan (1861-1941)
(See his entry on the Thai Forest Traditions page.)
Sayadaw, Mahasi â see Mahasi Sayadaw (   -   )
Sayadaw, Webu â see Webu Sayadaw (   -   )
Silacara, Bhikkhu (J.F. McKechnie) (1871-1950)
J.F. McKechnie was born in Hull, Yorkshire, on October 22nd, 1871. After attending school he worked first as an apprentice stock-cutter in a clothing factory, then emigrated to the United States to work on a fruit and dairy farm. Around the turn of the century he came across the magazine Buddhism in a public library. He answered an advertisement from the magazine’s editor, the Bhikkhu Ananda Metteyya (Alan Bennett), for an editorial assistant in Rangoon, Burma, and soon found himself working for the magazine in Burma. He worked for the magazine for several years, and then ordained in the bhikkhu sangha in 1906. After many years of writing, teaching, and missionary work, in 1925 ill-health forced him to disrobe and return to England, where he continued lecturing and writing. During World War II he moved to an Old Person’s Home, where he died in 1950. [Source: A Young People’s Life of of the Buddha.]
Silananda, Sayadaw U (1927-2005)
The Ven. Sayadaw U Silananda was born in Mandalay, Burma. He became a novice monk in 1943; four years later he received higher ordination. A natural scholar, by 1948 he had passed all three of the Government Pali examinations. In the next six years he received two more advanced scholarly degrees. In 1954-56 he served as one of the distinguished editors of the Tipitaka and Commentaries at the Sixth Buddhist Council in Rangoon. In 1979 he traveled to the US with Ven. Mahasi Sayadaw to teach meditation and Dhamma, after which he stayed on to continue teaching. He served as Spiritual Advisor of the Theravada Buddhist Society of America and was Spiritual Director of four other Buddhist centers across the country. He passed away peacefully on 13 August 2005. [Source: “Sayadaw U Silananda,” by the Theravada Buddhist Society of America (Â» http://www.tbsa.org/articles/SayadawUSilanandaBio.html) and Â»”Newsflash”.]
Sim Buddhacaro, Phra Ajaan (1909-1992)
(See his entry on the Thai Forest Traditions page.)
Siriwardhana, Eileen (  -  )
Mrs. Eileen Siriwardhana graduated from the University of Ceylon in English, Singhalese and Pali. She is now the Principal of Visakha Vidyalaya, the premier Buddhist Girl’s School in Colombo. She is also a distinguished writer in Singhalese. [Source: The Heart Awakened (Kandy: Buddhist Publication Society, 1983).]
Soma Thera (1898-1960) [soma]
Ven. Soma Thera (Victor Emmanuel Perera Pulle) was educated at St. Benedict’s College in Kotahena. After traveling widely in Burma, Thailand, China, and Japan, studying and translating Buddhist texts, he returned to Burma where he was ordained in 1936. He was a member of the Buddhist Mission of Goodwill to India in 1940, and the Buddhist mission to China in 1946. In 1946 he led the first Buddhist mission to Germany. He died suddenly of pulmonary thrombosis in 1960. [Source: The Way of Mindfulness (Kandy: Buddhist Publication Society, 1975).]
Soni, Dr. R.L. (  -  ) [soni]
(No information available.)
Story, Francis (1910-1972) [stor]
Francis Story (Anagarika Sugatananda) was born in England in 1910 and became acquainted with Buddhist teachings early in life. For 25 years he lived in Asian countries â India, Burma, and Sri Lanka â where he deeply studied the Buddhist philosophy of life. With that background and endowed with a keen analytical mind, he produced a considerable body of writings, collected and published in three volumes by the Buddhist Publication Society. [Source: Rebirth as Doctrine and Experience: Essays and Case Studies, by Francis Story (Kandy: Buddhist Publication Society, 2000).]
Sumana, Samanera (???-1910)
Samanera Sumana (Fritze Stange) was born in Germany and traveled to Sri Lanka, where he ordained as a novice in 1906. He and a Dutchman named Bergendahl (Samanera SuÃ±Ã±o) were the first two pupils of Ven. Nyanatiloka. Sumana’s ill health forced his return to Germany, but that same year he returned to Sri Lanka, re-ordained. He passed away in 1910. [Source: Going Forth: A Call to Buddhist Monkhood, by Samanera Sumana (Kandy: Buddhist Publication Society, 1983).]
Suwat Suvaco, Phra Ajaan (1919-2002)
(See his entry on the Thai Forest Traditions page.)
Thanissaro Bhikkhu (1949-   ) [than]

Thanissaro Bhikkhu (Geoffrey DeGraff) is an American Buddhist monk of the Thai forest kammathana tradition. After graduating from Oberlin College in 1971 with a degree in European Intellectual History, he traveled to Thailand, where he studied meditation under Ajaan Fuang Jotiko, himself a student of the late Ajaan Lee. He ordained in 1976 and lived at Wat Dhammasathit, where he remained following his teacher’s death in 1986. In 1991 he traveled to the hills of San Diego County, USA, where he helped Ajaan Suwat Suvaco establish Â» Wat Mettavanaram (”Metta Forest Monastery”). He was made abbot of the monastery in 1993. His long list of publications includes translations from Thai of Ajaan Lee’s meditation manuals; Handful of Leaves, a four-volume anthology of sutta translations; The Buddhist Monastic Code, a two-volume reference handbook for monks; Wings to Awakening; and (as co-author) the college-level textbook Buddhist Religions: A Historical Introduction.

Thate Desaransi, Phra Ajaan (1902-1994)
(See his entry on the Thai Forest Traditions page.)
U Ba Khin â see Khin, U Ba (   -   )
U Silananda â see Silananda, Sayadaw U (   -   )
Vajira, Sister (   -   ) [vaji]
A german nun.
van Gorkom, Nina (1928-   )
“Nina van Gorkom was born in 1928 to a family of socialist intellectuals. Her father was a member of the Dutch parliament. She studied at Leyden University and during this time she became a Catholic. In 1952, she married Lodewijk van Gorkom, a Dutch diplomat. In 1965, Lodewijk was posted to Thailand and Nina started learning Thai language. She took a keen interest in Buddhism, attending classes for foreigners at Wat Mahathat. There she met, in the summer of 1966, Sujin Boriharnwanaket. Impressed by the profundity of the Buddhist teachings, she became convinced of the truth of the Buddha’s words and later assisted Khun Sujin in discussions about Buddhism for Thai radio stations. These talks were later published as Buddhism in Daily Life, her first book. Nina and Lodewijk left Thailand in 1970 and lived in Japan, New York, Indonesia (where Lodewijk was the Dutch ambassador) and Austria. Lodewijk retired in 1990 and they now live in The Hague in Holland.” [Source: “Interview with Nina van Gorkom, September 1999, by Robert Kirkpatrick,” Abhidhamma.org (http://www.abhidhamma.org/interview%20with%20nina.html)
von Glasenapp, Helmuth (1891-1963)
Helmuth von Glasenapp was an eminent West German Indologist. He taught at the University of KÃ¶nigsberg and occupied the indological chair of the University of TÃ¼bingen. Among his many scholarly publications are books on Buddhism, Hinduism, Jainism and comparative religion. [Source: Vedanta and Buddhism: A Comparative Study (Kandy: Buddhist Publication Society, 1978).]
Walshe, Maurice O’Connell (1911-1998)
Maurice O’Connell Walshe was born in London and studied German at the universities of London, Berlin, Vienna, and Freiburg, eventually becoming Deputy Director at the Institute of Germanic Studies, London. An active Buddhist since 1951, he was Vice-President of the English Sangha Trust, as well as author of numerous articles on Buddhism. His published works include a three volume set of essays of the 13th century mystic, Meister Eckhart and, in 1987, Thus Have I Heard, a new translation of the Digha Nikaya. A few months before he died he completed a Buddhist Pali dictionary. [Source: Thus Have I Heard (London: Wisdom Publications, 1987) and “Maurice O’Connell Walshe â A Tribute” in Â» Forest Sangha Newsletter, July 1998.]
Webu Sayadaw (1896-1977)
Webu Sayadaw was born in Upper Burma. He ordained as a novice at age nine and took higher ordination at twenty, assuming the monastic name U Kumara. He studied for seven years at a monastery in Mandalay, after which time he wandered for four years in the solitude of the forest wilderness, practicing the ascetic dhutanga practices. He returned to his native village and began teaching the meditation techniques he had mastered in the wilds. Once he became an established teacher he assumed the name Webu Sayadaw. He continued teaching meditation until his death in 1977. [Source: The Essential Practice: Dhamma Discourses of Venerable Webu Sayadaw (Kandy: Buddhist Publication Society, 1991).]
Woodward, F.L. (1871-1952) [wood]
“In 1919, F.L. Woodward, who for 16 years had been principal of Mahinda College in Galle, Sri Lanka, arrived in Australia. He settled on an apple orchard near Launceston in Tasmania, and for the next 33 years devoted his time to translations of the Pali canon for the Pali Text Society. He is perhaps best known for his anthology, Some Sayings of the Buddha, first published in 1925.”[1] He died peacefully at age 81 at Beaconfield in Tasmania.[2] [Sources: [1] “A multi-faceted religious community,” University of Canberra, Australia (www.ce.canberra.edu.au/nowuc/Shades%20of%20Australia/Shades%20of%20Australia/communities_buddhist.html); and [2] Pali Tipitakam Concordance, Vol I (Oxford: PTS, 1990).]
Yahoo! Pali Group [yaho]
The Â» Yahoo! Pali Group is an online forum where Pali students and scholars gather to discuss the Pali language and to make collaborative translations of texts from the Tipitaka. Contributors to the translations on Access to Insight include: Derek Cameron, Dimitri Ivakhnenko, and Piya Tan.

Note: The four characters in square brackets that follow the names of translators are Reserved Translator Codes, which are used in assigning file names to Pali translations.