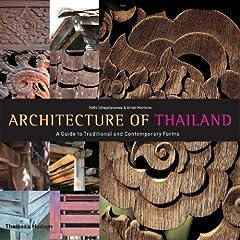 STRONG SHOW OF DISSENT: Leading the protest against the military junta in Myanmar, Buddhist monks took to the streets again in Yangon on Monday. As many as 100,000 anti-government protesters, the largest crowd so far since the 1988 pro-democracy uprising, followed suit.

SINGAPORE: Myanmar on Monday witnessed an expanding groundswell of peaceful protest against the military junta. With thousands of Buddhist monks continuing to take the lead in organising prayerful protest for yet another day, growing numbers of disaffected civilians from different walks joined the activists from monasteries, giving the movement a broader reach. Until nightfall, there was no sign of any crackdown by the junta, State Peace and Development Council (SPDC), to contain or roll back the spreading wave of dissent.

Estimates of the number of protesters, who marched along the streets of Yangon, Mandalay, and other centres, varied widely, with some unconfirmed reports placing the figure as high as 1,00,000. Like on previous days, the marchers â now, expanding groups of monks, nuns, and other civilians â stayed a peaceful course. No fresh attempt was made to march past the place where Myanmarâs celebrated democracy campaigner Aung San Suu Kyi remains under house arrest. On Saturday, when security agents briefly allowed access, hundreds of monks filed past her residence, and she greeted them just near the main gate.

On the diplomatic front, the Association of South East Asian Nations (ASEAN), of which Myanmar is a member, began monitoring the fast developing situation closely. ASEAN Secretary General Ong Keng Yong told TheâHindu over telephone from Poland that the organisation would âhope that the situation remains peaceful.â The ASEAN, he said, was keen that the peaceful protest should ânot lead to a violent confrontationâ between the authorities and those participating in the shows of dissent.

Mr. Ong was on his way to the United Nations, where the ASEAN Foreign Ministers will hold their annual meeting on the sidelines of the General Assembly session. That would give Myanmarâs fellow-members of the ASEAN a chance to get a better idea of the situation, should the SPDC send its Foreign Minister for this annual conclave.

Other diplomatic sources said the SPDC was now actively trying to lobby China and Russia, both veto-empowered permanent members of the U.N. Security Council. Both had vetoed, several months ago, a move by the U.S. to censure Myanmarâs military junta. Russia and China said on that occasion that Myanmarâs internal situation posed no threat to peace and stability in East Asia or elsewhere. Singapore, a key ASEAN member, on Monday expressed âconcern over the latest developments in Myanmarâ and hoped that âthe ongoing protests will be resolved in a peaceful manner.â

YANGON: Myanmarâs Religious Affairs Minister warned senior monks on Monday that unless they curb their juniors carrying out anti-government demonstrators, the state would act against the protesting clerics on its own.

Brig. Gen. Thura Myint Maung was shown on state television delivering the warning during a meeting at the Kaba Aye pagoda in Yangon, the countryâs biggest city.

He accused the protesting monks of being instigated by the regimeâs domestic and foreign enemies, but did not say how they might be punished. â AP

Mayawati to take up 71 pending projects

LUCKNOW: The individual agendas of different political parties have outweighed the actual development of Uttar Pradesh so far. Projects dating back to as many as 30 years have been pending while new ones are floated with aplomb whenever a new government assumes office. The long pendency of the development projects has resulted in massive cost overruns running into an estimated Rs. 5,000 crore.

The Mayawati Government has now stepped in to evolve a system that would prevent further delay in completion of pending projects besides curbing wasteful expenditure. Through a recent Cabinet decision, the Government had identified 71 development projects, each with an investment of Rs. 5 crore or more, which are yet to be completed and were proving to be a huge drain on the Exchequer. Eighty per cent of the work on 37 of the 71 projects has been completed. It has been decided by the Government to speed up work on the 37 projects with March 31, 2008, being the deadline for completion of these schemes.

A high-power panel headed by State Chief Secretary Prashant Kumar Misra will conduct a fortnightly review of the progress of these schemes.

According to estimates worked out by the State Planning Commission, the original development cost of the 71 incomplete schemes of 14 departments totalled Rs. 1841.844 crore. But on account of the delay the revised estimates have been worked out at a whopping Rs. 7257.57 crore, resulting in a cost overrun of Rs 5415.726 crore.

Huge funds being blocked in the unfinished projects is one aspect of the Stateâs sordid saga of development. Juxtaposed with the cost overrun is the time overrun (recorded in the case of 56 of the 71 projects) ranging from three months to 336 months.

Predictably, the State Irrigation and Public Works Department accounted for the lionâs share of the unfinished schemes, 21 and 12, respectively, followed by the Health Departmentâs 11 unfinished projects. Considering that irrigation schemes involved heavy investment, the revised estimates of the 21 pending projects have jumped from Rs. 893.22 crore to Rs. 5689 crore with the cost overrun pegged at Rs. 4796 crore. Four of these schemes were launched in the mid-1970s and are yet to be completed. Work on the Raj Ghat canal scheme in Bundelkhand and modernisation of Agra canal began in 1976-77 and were scheduled to be competed in March 1987 and March 1984, respectively.

Likewise, work on the ambitious Saryu Nahar Pariyojana (Saryu Canal Project) costing around Rs. 78 crore started in 1977-78 and was originally scheduled to be completed in March 1989. The revised target of completion of the project has been fixed for March 2009 with the cost of the project going up to Rs. 2537.669 crore.

A status paper prepared by the Planning Commission lists land disputes, changes in the design of the projects, delays in acquisition of forest land and lack of resources as the reasons for the cost and time overrun. For instance, these four major irrigation projects were launched when the Congress and the Janata Party were in power in UP, sources said. When the Congress returned to power in 1980 and continued in office till 1989, work moved at a snailâs pace and even came to a standstill. The trend continued during the Janata Dal, Bharatiya Janata Party, Samajwadi Party-Bahujan Samaj Party, BSP-BJP and Samajwadi Party rule in the State, they added.

UP not to allow celebration

On Guard: Heavy police bandobast at the Residency in Lucknow on Monday to prevent any untoward incident during the BJPâs protest demonstration.

Lucknow: The Uttar Pradesh Government has said it would not allow any function to be held during the proposed visit by a group of Britons here to celebrate the Britishers victory in the 1857 Sepoy mutiny.

âThere is no problem if they want to pay homage to their forefathers in a peaceful manner…But we will not allow any celebrationâ, the Principal Secretary (Home) J. N . Chamber told reporters here.

Asked about plans of the Britons to celebrate the occasion, he said nobody would be allowed to make such celebrations or make speeches on the occasion and law and order would be maintained at any cost.

Asked about the itinerary of the Britons, Mr. Chamber said the Government had no specific information about that.

Meanwhile, BJP activists demonstrated outside Residency, the place where a number of Britishers were killed in 1857.

Raising slogans against the Britons, the BJP activists also tried to enter inside the Residency, which houses graves of a number of Britishers. Heavy police force, deployed at the site, foiled the bid and convinced them that no one would be allowed to celebrate âVijay Diwasâ.

Earlier the party activists celebrated the day as âShaurya Diwasâ and offered floral tributes to the freedom fighters at the party office. The District Magistrate Chandrabhanu and senior police officials assured the activists that no permission has been given to any group of Britishers to celebrate âVijay Diwasâ in Residency, party spokesman Narendra Singh Rana told PTI. Several Muslim clerics, including Shia cleric Kalbe Jawwad, many intellectuals and several organisations have demanded an immediate ban on the entry of the group into the State capital.

Mr. Chandrabhanu told PTI no one had sought permission from them for holding any programme at the Residency.

Asked whether the Britons would be allowed to visit Residency as tourist, the DM said if they sought permission for that administration would make suitable security arrangements for them. PTI

Three held for rape of tourists

LUCKNOW: Taking a strong view of the alleged rape of two young Japanese women tourists in Agra a couple of days back, the Mayawati Government on Monday decided to set up a new tourist police station in the City of the Taj. It would be the first of its kind in Uttar Pradesh.

Directives have been issued by the State Home Department to ensure that the police station becomes functional in the next few days. Until then, temporary arrangements have been made to enable the tourists to file complaints.

The Agra police, meanwhile, have arrested three persons, identified as Rajan Thakur, Raees, and Deepak alias Shani, who have been charged with raping the tourists. An FIR against them was lodged at the Tajganj police station in Agra on Monday. The first FIR in the case had been lodged by the rape victims at the Indira Gandhi International Airport police station in Delhi on Sunday before they returned to Japan.

State Principal Secretary (Home) J. N. Chamber told newspersons here on Monday that police personnel with a good educational background would be posted at the station.

They would be required to understand English language. Fifty per cent of the staff will be drawn from the women police ranks.

It has been made mandatory for the police personnel to show good conduct in their dealings with foreign tourists. Besides, officials of the State Tourism Department would also be posted at the police station.

Mr. Chamber said proficiency classes in French and German would also be conducted for the tourist police station staff.

The police station will have a computer and will be equipped with sufficient manpower.

The telephone and helpline numbers of the tourist police station would be publicised in all centres of tourist attraction in Agra.