Kushinara Nibbana Bhumi Pagoda- Free Online Analytical Research and Practice University for âDiscovery of Buddha the Awakened One with Awareness Universeâ in 116 Classical Languages
White Home, Puniya Bhumi Bengaluru, Prabuddha Bharat International.
Categories:
Archives:
Meta:
February 2021
02/18/16
1780 Fri Feb 19 2016 (FOA1TRPUVF) -THE CONSTITUTION OF PRABUDDHA BHARATH - in all Classical languages- http://www.tipitaka.org/knda/ à²¤à²¿à²ªà²¿à²à² (à²®à³à²²)-à²¸à²à²¯à³à²¤à³à²¤à²¨à²¿à²à²¾à²¯-à²¸à²à²¾à²¥à²¾à²µà²à³à²à²ªà²¾à²³à²¿- INSIGHT-NET-FREE Online A1 (Awakened One) Tipiá¹­aka Research & Practice University in Visual Format (FOA1TRPUVF) through http://sarvajan.ambedkar.org will translate http://www.constitution.org/cons/india/const.html THE CONSTITUTION OF INDIA in 93 languages to be made compulsory degree in all the Universities along with other degree courses with a hope that all the Universities also follow to Learn The Skill of Earning Fast to be Happier for The Skill of Giving Faster to be Happiest ! from 26 January 2016 to be Celebrated as UNIVERSAL PEACE YEAR because of Dr BR Ambedkarâs 125th Birth Anniversary LESSONS on Tripitaka and Constitution of Prabuddha Bharath in 93 Languages BSP is not just a Political Party. It is a Movement where the Sarva Samaj (All Societies) have lots of Aspiration- Ms Mayawati http://www.constitution.org/cons/india/const.html
Filed under: General
Posted by: site admin @ 7:09 pm

(FOA1TRPUVF) -THE CONSTITUTION OF PRABUDDHA BHARATH - in all Classical languages-Kurdish(Kurmanji),Kyrgyz,Latin,Latvian,Lithuanian,Luxembourgish,Macedonian

THE CONSTITUTION OF INDIA 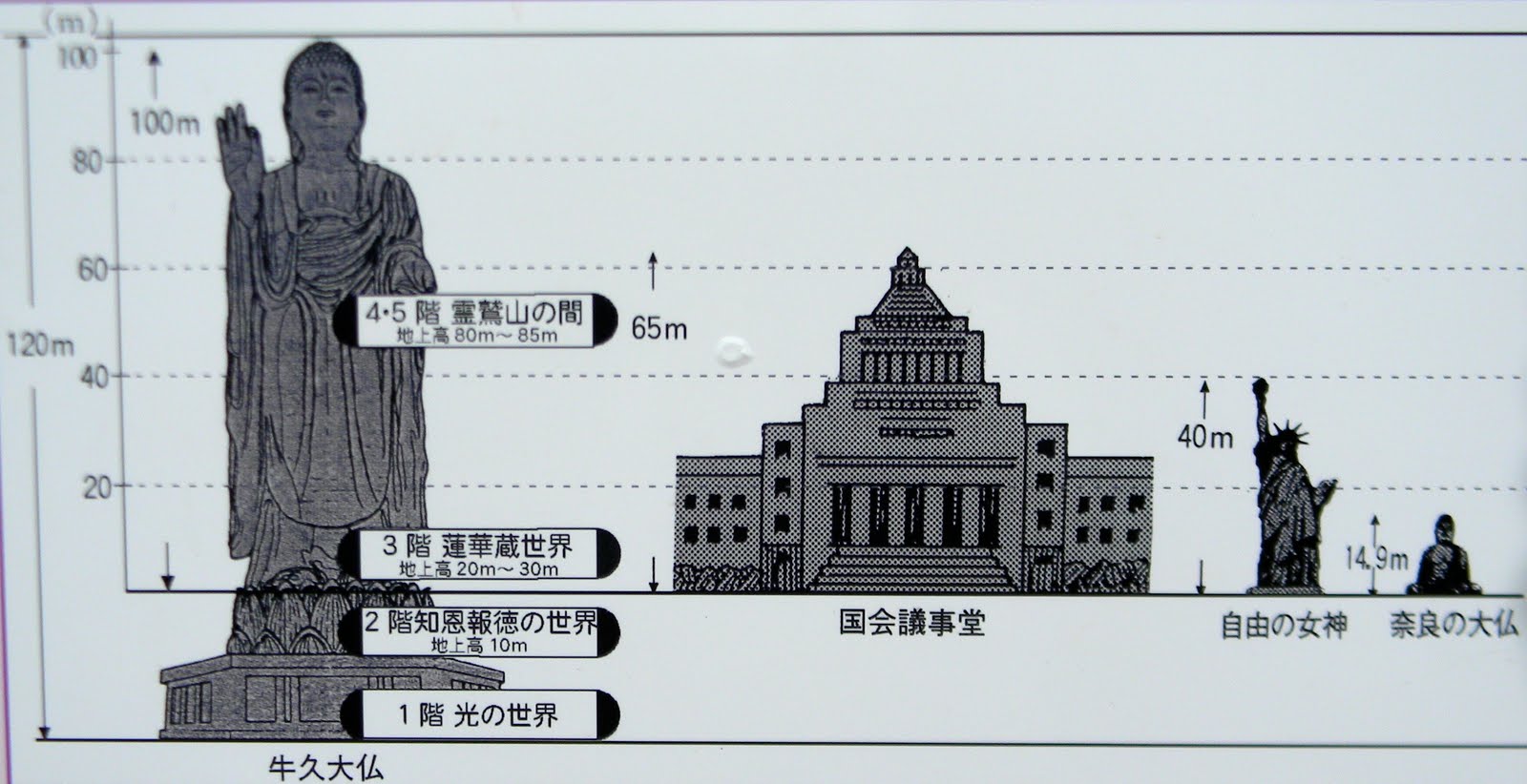 …
Buddha…its really big, like Guinness Book of World Records big! Its
about 430 feet tall, which is more than twice the height of the statue
of liberty.


SERVICES UNDER THE UNION AND THE STATES
CHAPTER I.-SERVICES


309. Recruitment and conditions of service of persons serving the Union or a State.


309. Recruitment and conditions of service of persons serving the
Union or a State.-


Subject to the provisions of this Constitution,
Acts of the appropriate Legislature may regulate the recruitment, and
conditions of service of persons appointed, to public services and
posts in connection with the affairs of the Union or of any State:

310. Tenure of office of persons serving the Union or a State.


310. Tenure of office of persons serving the Union or a State.-

(2) Notwithstanding that a person holding a civil post under the Union
or a State holds office during the pleasure of the President or, as
the case may be, of the Governor _255*** of the State, any contract
under which a person, not being a member of a defence service or of an
all-India service or of a civil service of the Union or a State, is
appointed under this Constitution to hold such a post may, if the
President or the Governor_256***, as the case may be, deems it
necessary in order to secure the services of a person having special
qualifications, provide for the payment to him of compensation, if
before the expiration of an agreed period that post is abolished or he
is, for reasons not connected with any misconduct on his part,
required to vacate that post.

311. Dismissal, removal or reduction in rank of persons employed in civil capacities under the Union or a State.


311. Dismissal, removal or reduction in rank of persons employed in
civil capacities under the Union or a State.-

_257[(2) No such person as aforesaid shall be dismissed or removed or
reduced in rank except after an inquiry in which he has been informed
of the charges against him and given a reasonable opportunity of being
heard in respect of those charges _258***:

_259[Provided that where it is proposed after such inquiry, to impose
upon him any such penalty, such penalty may be imposed on the basis of
the evidence adduced during such inquiry and it shall not be necessary
to give such person any opportunity of making representation on the
penalty proposed:

Provided further that this clause shall not apply-

(a) where a person is dismissed or removed or reduced in rank on the
ground of conduct which has led to his conviction on a criminal
charge; or

(b) where the authority empowered to dismiss or remove a person or to
reduce him in rank is satisfied that for some reason, to be recorded
by that authority in writing, it is not reasonably practicable to hold
such inquiry; or

(c) where the President or the Governor, as the case may be, is
satisfied that in the interest of the security of the State it is not
expedient to hold such inquiry.

(3) If, in respect of any such person as aforesaid, a question arises
whether it is reasonably practicable to hold such inquiry as is
referred to in clause (2), the decision thereon of the authority
empowered to dismiss or remove such person or to reduce him in rank
shall be final.]


(1) Notwithstanding anything in
_260[Chapter VI of Part VI or Part XI], if the Council of States has
declared by resolution supported by not less than two-thirds of the
members present and voting that it is necessary or expedient in the
national interest so to do, Parliament may by law provide for the
creation of one or more all India services _261[(including an
all-India judicial service)] common to the Union and the States, and,
subject to the other provisions of this Chapter, regulate the
recruitment, and the conditions of service of persons appointed, to
any such service.

(2) The services known at the commencement of this Constitution as the
Indian Administrative Service and the Indian Police Service shall be
deemed to be services created by Parliament under this article.

_261[(3) The all-India judicial service referred to in clause (1)
shall not include any post inferior to that of a district judge as
defined in article 236.

(4) The law providing for the creation of the all-India judicial
service aforesaid may contain such provisions for the amendment of
Chapter VI of Part VI as may be necessary for giving effect to the
provisions of that law and no such law shall be deemed to be an
amendment of this Constitution for the purposes of article 368.]

312A. Power of Parliament to vary or revoke conditions of services of officers of certain services.


312A. Power of Parliament to vary or revoke conditions of
service of officers of certain services.-

(a) vary or revoke, whether prospectively or retrospectively, the
conditions of services as respects remuneration, leave and pension and
the rights as respects disciplinary matters of persons who, having
been appointed by the Secretary of State or Secretary of State in
Council to a civil service of the Crown in India before the
commencement of this Constitution, continue on and after the
commencement of the Constitution (Twenty-eighth Amendment) Act, 1972,
to serve under the Government of India or of a State in any service or
post;

(b) vary or revoke, whether prospectively or retrospectively, the
conditions of sevice as respects pension of persons who, having been
appointed by the Secretary of State or Secretary of State in Council
to a civil service of the Crown in India before the commencement of
this Constitution, retired or otherwise ceased to be in service at any
time before the commencement of the Constitution (Twenty-eighth
Amendment) Act, 1972:

Provided that in the case of any such person who is holding or has
held the office of the Chief Justice or other Judge of the Supreme
Court or a High Court, the Comptroller and Auditor-General of India,
the Chairman or other member of the Union or a State Public Service
Commission or the Chief Election Commissioner, nothing in sub-clause
(a) or sub-clause (b) shall be construed as empowering Parliament to
vary or revoke, after his appointment to such post, the conditions of
his service to his disadvantage except in so far as such conditions of
service are applicable to him by reason of his being a person
appointed by the Secretary of State or Secretary of State in Council
to a civil service of the Crown in India.

(2) Except to the extent provided for by Parliament by law under this
article, nothing in this article shall affect the power of any
Legislature or other authority under any other provision of this
Constitution to regulate the conditions of service of persons referred
to in clause (1).

(a) any dispute arising out of any provision of, or any endorsement
on, any covenant, agreement or other similar instrument which was
entered into or executed by any person referred to in clause (1), or
arising out of any letter issued to such person, in relation to his
appointment to any civil service of the Crown in India or his
continuance in service under the Government of the Dominion of India
or a Province thereof;

(b) any dispute in respect of any right, liability or obligation under
article 314 as originally enacted.

(4) The provisions of this article shall have effect notwithstanding
anything in article 314 as originally enacted or in any other
provision of this Constitution.