Nostradamus!âââRightly Predicted the Outcome of the May 2014 General Elections in Indoolâs Paradise. Hacke hay in May!

We
have reached a stage where people are demanding hundred per cent
deployment of paper audit trail machines to enhance transparency.

We have preserved secrecy (in this system) too. By 2019, the whole country will be covered by (such) machines,â Mr Zaidi said

Once
the votes are cast, the VVPAT-linked EVM immediately takes a printout,
which is preserved for later use to tally in case of a dispute in the
final result. Mr Zaidi, speaking on the theme of âLeveraging Technology
for Transparent and Credible Electionsâ, stressed that secrecy of voting
will be zealously preserved even in this system.

Ms
Mayawati’s BSP got 80% seats  UP panchayat Elections with Paper Ballots
while she could not get even a single seat in Lok Sabha Elections
because the fraud EVMs were tampered.

As CM of UP her governance was the best and became eligible to become PM.

The
intolerant BJP remotely controlled by 1% chitpawn brahmin RSS conspired
to bury her Techno-Politico-Socio Transformation and Economic
Emancipation Movement without knowing that they are seeds that sprout as
Bodhi Trees.

Ex  CJI SADHASIVAM, shirked its duty &
committed a grave error of judgment by allowing in phased manner Fraud
Tamperable EVMs on the request of ex CEC SAMPATH because of the 1600
crore cost to replace them and dealt a fatal blow to the Countryâs
democracy.

Ex CJI did not order for ballot paper system would
be brought in. No such precautionary measure was decreed by the apex
court. Ex  CJI did not order that till the time this newer set of about
1300000 voting machines is manufactured in full & deployed totally.
All the people in 80 democracies in the world who simply done away with
fradulent EVMs should not recognise Murderers of democratic institutions
(Modi).

Joining the controversy regarding the reliablity of Electronic
Voting Machines (EVMs) which have been questioned by political
parties, the RSS today asked the Election Commission (EC) to revert
back to tried and tested paper ballots and subject EVMs to public
scrutiny whether these gadgets are tamper proof. In an editorial
titled ‘Can we trust our EVMs?’, The Organiser, the RSS mouthpiece,
noted it was a fact that till date an absolutely tamper-proof machine
had not been invented and credibility of any system depends on
‘transparency, verifiability and trustworthiness’ than on blind and
atavistic faith in its infallibility. The issue is not a ‘private
affair’ and it involves the future of India. Even if the EVMs were
genuine, there was no reason for the EC to be touchy about it, the
paper commented. The Government and the EC can’t impose EVMs as a fait
accompli on Indian democracy as the only option before the voter.
There were flaws like booth capturing, rigging, bogus voting,
tampering and ballot paper snatching in the ballot paper system of
polling leading the country to switch over to the EVMs and all these
problems were relevant in EVMs too. Rigging was possible even at the
counting stage. What made the ballot papers voter-friendly was that
all aberrations were taking place before the public eye and hence open
for corrections whereas the manipulations in the EVMs is entirely in
the hands of powers that be and the political appointees manning the
sytem, the paper commented. The EVM has only one advantage —
’speed’ but that advantage has been undermined by the staggered polls
at times spread over three to four months. ‘’This has already killed
the fun of the election process,'’ the paper noted. Of the dozen
General Elections held in the country, only two were through the EVMs
and instead of rationally addressing the doubts aired by reputed
institutions and experts the Government has resorted to silence its
critics by ‘intimidation and arrests on false charges’, the paper
observed, recalling the arrest of Hyederabad-based technocrat Hari
Prasad by the Mumbai Police. Prasad’s research has proved that the
EVMs were ‘vulnerable to fraud’. The authorities want to send a
message that anybody who challenges the EC runs the risk of
persecution and harassment, the RSS observed. Most countries
around the world looked at the EVMs with suspicion and countries like
the Netherlands, Italy, Germany and Ireland had all reverted back to
paper ballots shunning EVMs because they were ‘easy to falsify, risked
eavesdropping and lacked transparency’. Democracy is too precious
to be handed over to whims or an opaque establishment and network of
unsafe gizmos. ‘’For the health of Indian democracy it is better to
return to tried and tested methods or else elections in future can
turn out to be a farce,'’ the editorial said.


This
is the Fundamental Right of a
citizen ofâ¨ this country, as per the laws laid down by the Constitution.

However, only 20,000 such voting
machines haveâ¨ been provided for the entire country in 2014
election! This country hasâ¨ 29 states nowâââwith Telagana being the
latest. In
most of them,â¨ depending upon their size etc., either about 400 VVPAT
machines are â¨being deployed, or some such similar ridiculous
numberâââmore orâ¨ lessâââhas been made available in the length and
breadth of the country. â¨VVPATs will be used in just 14,066
(13.5%) out of 1,90,162  polling stations across the 5 poll-bound states/UT and the List of Assembly
Constituencies in each State. Itâs an asinine, bland, cruel, demeaning joke
the  1.25 billion joker sâ¨have been âblessedâ with by the powers that
be.

The present CJI must dismiss the Central and State
Governments selected by these fraud EVMs and order for fresh elections.
Till such time he must order for NOTE (NO To Elections)

RSS is one of the Biggest Terrorist Organisations in the World. They are Mad Horrorists threat group - shadowy, stealth and discriminatory group trying to establish hindutva cult.

New Delhi: A US-based risk management and consulting company has put the Rashtriya Swayamsevak Sangh (RSS) because RSS is killing so many people
and bombing and cutting of people and using suicide bombing techniques
and raping and honor killing women … it all happened in Gujrat and
happening in parts of India.. Go get a life and become a Hindu mr….
What is it? the one who have at least common sense, do u think he or she
become hindu? do u think that? Most of the people in the world becoming
muslim without any pressure, force or demand… think about that….
See that RSS gentleman who studied about islam to oppose them and became
a muslim…. use your common sense and refrain from your bad thoughts
and paths.

They
will have the end.. rss have to be banned in india with its..
hindhuthuva branches.. in south tamilnadu.. this rss and hindhutva
terrorist gang made problem to the people who celebrating new year of
2015 night..

Over millions of  cuckoos cackle, cry and crap.

It â¨is a nation where Crooked cunning 1% chitpawan brahmins
rules in closed quarters, 99% Sarvajan Samaj i.e., All Societies  in theâ¨ open. Just like the open
toilets under the benign gaze of Motherâ¨ Natureâââthere are more cell
phones than toilets, a surveyâ¨reports. Oh! the average voter
retortsâââand, then, goes on to doâ¨âbusinessâ as usual, sitting on the
haunches.

They are an
indifferent, â¨intelligently inclined idiocyâââoops! democracy, They make
gods out o fâ¨mud, then, prostrating before them, they remain, as before, a
dud. And,â¨ some times, in the name of their fancied little god and his
glory, his â¨motherlandâs favorite sons also kill each other, with the deep
ingrainedâ¨vigor of all their bestial ancestry, and like a whiff of wind
areâ¨goneâââdead.

Lest it became confusing, they, like every other human being, are truly
oneâ¨ really, really queer kin of apes. In some fields, ahead of others
and â¨beyond compare; in other areas, they are as silly and supercilious as
aâ¨bull-hounded mare. In a nutshell, at least in the
loftierâ¨ mystical and evolved spiritual circles âgetâ some things
wellâââlikeâ¨ higher metaphysicsâââwhile failing miserably,
simplistically, in simple,â¨elementary physics.

Moreâ¨than 80 democracies
in the world have simply done away with them,â¨ dumping them in the trash,
or simply declared the usage of thisâ¨ simplistic voting system
susceptible to fraud, and hence declaring theâ¨ same as illegalâââas the
Supreme Courts of Germany and Holland indeed â¨have done. Even Japan, from
where EVMs originated, has long abandoned â¨its rogue babies, and is
using paper ballot system since then. All theâ¨  advanced democracies in
the West, except the most dull-headed ones, have â¨reverted to a voter
verifiable system or the ballot paper. In Canada,â¨even at the ,most
basic school level, ballot paper voting is in use.

LINKS FOR MORE MATERIAL ON RSS/HINDUTVA

Now is all
that you have. Join hands with Ms Mayawati’s Bahujan Samaj Party
Elephant to move ahead  with the Caravan of Techno-Politico-Socio-
Transformation ans Economic Emancipation Movement to save democracy,
liberty, equality and fraternity.

Murderer
of democratic institutions (Modi) remotely controlled by 1% intolerant,
violent, militant, shooting, lunching, lunatic, mentally retarded
psychopath cannibals chitpawan brahmin RSS (Rowdy Swayam Sevaks) and all
its avathars VHP (Venomous Hindtva Psychopaths), ABVP (All Brahmin
Venomous Psychopaths), Bhajan Dal etc., approach of giving you something shitty like stealth, shadowy and discriminting hindutva that they
say is good, And then making you pay to get the shitty taste out of
your mouth by selling toothbrushes.

Fraud Internationalists :
Practicing
hatred, anger, jealousy, delusion, which are defilement of mind of the
people who are violent, militant, shooting, lynching, lunatic, mentally
retarded psychopath cannibals must be treated for their mental illness
in mental asylums. They are very small in numbers and non-entities.
Mental asylum must be created in space so that they will not peace
loving majority people. 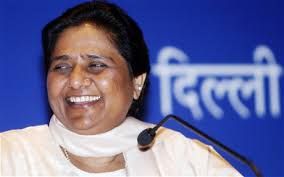 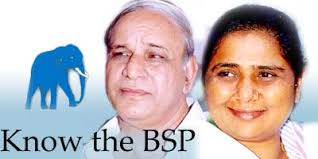