WordPress database error: [Table './sarvajan_ambedkar_org/wp_comments' is marked as crashed and should be repaired]
SELECT ID, COUNT( comment_ID ) AS ccount FROM wp_posts LEFT JOIN wp_comments ON ( comment_post_ID = ID AND comment_approved = '1') WHERE ID IN (3969) GROUP BY ID

Message from the Executive Director 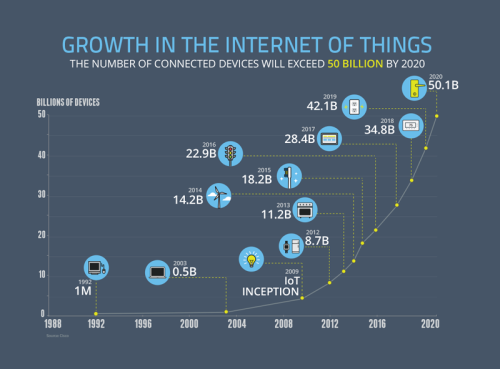 Just three months after the formation of Broadcom Limited,
the first large organizational change came recently with the
announcement that the newly formed entity was selling its wireless
Internet of Things (IoT) business to Cypress Semiconductor Corp.
This news provided the motivation for Chipworks to take a look at the
patent landscape of the new Broadcom and try to determine what
intellectual property (IP) might be associated with this transaction.

A bit of background on Broadcom and Avago

In the agreement
announced in May 2015, it was reported that Avago was buying Broadcom
Corporation in a $37 billion cash and stock deal. One would expect many
negotiations would be involved when two large companies such as these
join forces, and that was likely the case here. When the deal closed,
Avagoâs website was revised to announce Avago Technologies is now a
Broadcom Limited Company. Avagoâs English Wikipedia page re-directs to
the entry for Broadcom Limited (the Broadcom Corp. entry remains).
Interestingly however, the new Broadcom Limited is traded under Avagoâs
AVGO Nasdaq ticker symbol and is headed by former Avago CEO Hock Tan.

Avago
was formed back in 2005 from Agilentâs Semiconductor Division which
traces its lineage back to Hewlett-Packard. Avago grew in 2014 with the
acquisition of LSI in 2014, which had previously acquired Agere Systems,
whose origins trace back to Lucent/AT&T. Avago was a diverse
company with products used in communications and storage networks.

A closer look at the combined Avago/Broadcom patent portfolio

Both
Avago and Broadcom Corp. bring sizable patent portfolios to the newly
formed company. The majority of publications for both companies were
filed in the US. Using the Chipworks Patent Analytics Solution
Powered by KMX, we generated a patent landscape for the combined
Avago/Broadcom patent portfolio, which consists of almost 22,000 active
US grants and 1,800 applications.

Each dot on the landscape below
represents a US patent grant or application (Broadcom Corp. painted blue
and Avago in orange). The text algorithm built into KMX attempts to
group patents similar in concept together on the landscape.
Topographical peaks denote key technology concepts, with the top three
most frequent words for each peak shown.

What
initially jumps out is the large area at the bottom of the landscape
populated predominantly by Avago patents. These are related to process
and packaging technology and it comes as no surprise that the fabless
Broadcom has little presence in this region.

Above this area it
appears as though the Avago patents continue to dominate, however that
is not the case. Display order resulted in the Avago publications
obscuring the view of the Broadcom patents below. In fact, almost 60% of
the patents in this area are assigned to Broadcom.

Circuit
patents generally reside at the upper right area of the landscape.
Keywords such as oscillator, mixer, clock, amplifier, and filter point
to that fact. Circuit patents specific to memory applications are also
found on the opposite side of the landscape, near the location labeled
memory/bus/address. More than half of the patents in this
combined portfolio are systems-related and span the entire landscape
above the lower process cluster. IP developed for memory,
storage systems, wireless networks, and data communications is found
here, with some smaller technology clusters located around the
periphery.

According
to the April 28th press release, Cypress would acquire Broadcom’s
Wi-Fi, Bluetooth, and Zigbee IoT product lines and intellectual
property, along with its WICEDâ ¢ brand and developer ecosystem for $550
million in cash. The business unit generated $189 million in the
previous 12 months, negligible when compared to the $8.4 billion total
revenue reported by Broadcom Corp. in 2014.

By searching for
keywords related to wireless IoT technology and accounting for patent
families, we identified approximately 470 US grants and applications
which we think could potentially be transferred to Cypress in
conjunction with the deal announced. Displaying only these assets shows
that those identified are located in the upper portion of the landscape
where the systems and circuit patents are found. Not surprisingly, most
of the patents identified originated from Broadcom Corp.

We
are also interested in seeing which Broadcom products may go to Cypress
when the business unit transfer is completed. The BCM43362 single-chip
IEEE 802.11b/G/N MAC/Baseband/Radio is one product that comes to mind.
Using Inside Technology,
we have identified numerous socket wins for this component, including
handsets, cameras, tablets and game consoles. Broadcom solutions are
often found in Murata modules. Murata is one of many device suppliers
identified on Broadcomâs partner community list.

The
transfer of this business will allow Cypress to offer a complete IoT
design platform, while letting Broadcom focus on its wireless
connectivity solutions for the access and mobility segments (set-top
boxes, wireless equipment, personal computers, and smartphones). We will
know for sure what Cypress is getting after the deal closes, with the
expected completion date sometime in Q3 2016.

Stay up to date with the latest news and updates from Chipworks, sign up here.

We have completed our teardown report on the iPhone 6s. Click here to download your free copy.


WordPress database error: [Table './sarvajan_ambedkar_org/wp_comments' is marked as crashed and should be repaired]
SELECT * FROM wp_comments WHERE comment_post_ID = '3969' AND comment_approved = '1' ORDER BY comment_date