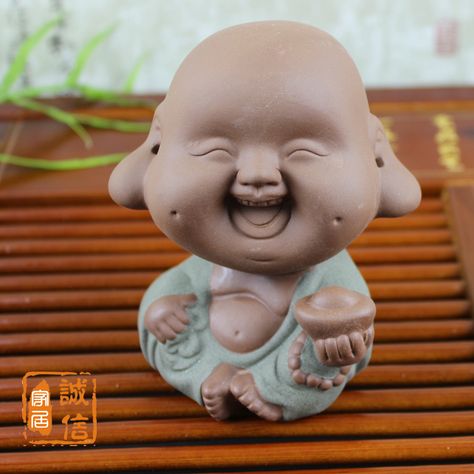 When a just born baby is separated and kept isolated it will speak a
natural (Prakriti) human language just like any other living beings such
as birds, animals, insects communicate in their languages.That natural
Human language is Magadhi. 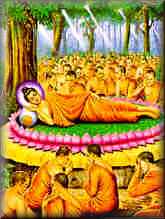 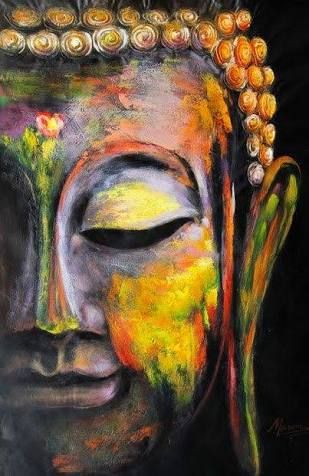 By the
way, You can Easily minimize the tab and enjoy the music while doing
your work! If you want to get as such unstoppable Ethiopian and Eritrean
classical instrumental music please SUBSCRIBE to our channel.

HERE KIRAR TUBE HAVE SOME OTHER SUGGESTIONS FOR YOU
1. Non stop Ethiopian and Eritrean Classical music:10 hour

WHAT IS INSTRUMENTAL MUSIC?

An instrumental is a musical composition or recording without lyrics,
or singing, although it might include some inarticulate vocals, such as
shouted backup vocals in a Big Band setting. The music is primarily or
exclusively produced by musical instruments. An instrumental can exist
in music notation, after it is written by a composer; in the mind of the
composer (especially in cases where the composer himself will perform
the piece, as in the case of a blues solo guitarist or a folk music
fiddle player); as a piece that is performed live by a single
instrumentalist or a musical ensemble, which could range in size from a
duo or trio to a large Big Band, concert band or orchestra. 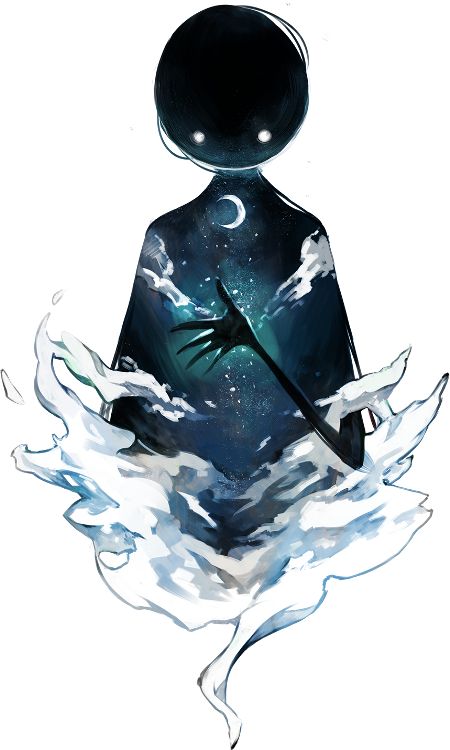 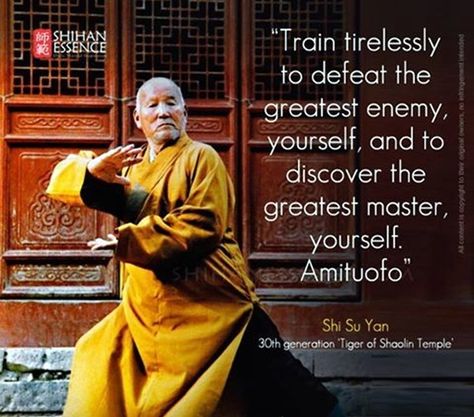 Eight fold living and practices that help one rise above suffering:

The repetitive cycle of birth and death is Samsaara. One is believed to die and born in the physical and Psychological realms repetitively because of his ignorance.

Every
(mental) action bears fruit. Everything we think of becomes fruitful in
later stages of life or the next lives. Thought is like a seed, it is
bound to germinate. ‘As you sow, so you reap.’

Birth
is not the beginning, death is not the end of us. Birth and death are
just transitory events. Every one that dies will be born in another form
until that one gets rid of all ignorance and achieves the higher state
of Complete Liberation.

6 Realms of Existence of Life

4 virtues and practices for their attainment

The Path of moderation away from the two extremes of self-indulgence and self-mortification.

All
existence is without self-nature in its truest form, meaning things
lack intrinsic reality, intrinsic objectivity, intrinsic identity or
intrinsic referentiality. Lacking such static essence or substance does
not make them not exist, it makes them thoroughly relative.

Is the end of all suffering, the cessation of desire. The state of enlightenment achieved by the purified spiritual seekers.

There
are 28 Buddhas including Gautama Buddha that the Buddhists revere and
pay respects to, They are the Buddhas of the past who taught Dharma to
populace just like Gautama Buddha.

1. Law of Karma: is it Like an Eye for an Eye [topic]
2. Who is a Brahmana? Buddha from Dhammapada [topic]
3. The Ten Commandments: List of Moral & Ethical principles for Good conduct [topic]
4. Markata Kishora Nyaya, Maarjaala Kishora Nyaya [topic]
5. Eleven Paths of Bhakti (Devotion) mentioned in Bhagavata Purana [topic]
6. Lord Ganesha symbolism [topic]
7. The four wives of a dying husband [story]
8. Maitreya appears to Asanga [story]
9. What are the ashta (8) Siddhis and nava (9) nidhis [question]
10. Ashta Siddhis & other supernatural powers [topic]
11. A compassionate teacher and the disciple who was a thief [story]
12. Does God Exist? a story of Buddha [story]
13. Gautama Buddha on impermanence [quote]
14. Hinduism sects [topic]
15. Hinduism facts: interesting hindu facts [topic]

https://tvclip.biz/â¦/lord-buddha-the-four-encounters-the-liâ¦
Lord Buddha - The Four Encounters (The Life of Buddha)
Published on Oct 4, 2013
The calm and compassionate face of the Buddha is known all over the
world. Buddha was a spiritual teacher of ancient India whose ideas on
freeing mankind from sorrow and suffering form the basis of Buddhism.
Buddha was born in the sixth century BC., into a royal family. Known as
Siddhartha, he realized that human life was short and full of
sadness. He found out a path to Enlightenment and spiritual
fulfillment. He was then known as the Buddha,which means “Enlightened
One”. For the rest of his life, the Buddha travelled great distances
teaching people about the “MIDDLE PATH”, the way to end to suffering. He
taught the four Noble Truths of suffering, cause of suffering, end of
suffering, and the Path to do that. Buddhism offers hope and access to
spiritual understanding and satisfaction to everybody. Throughout the
world today, people still follow the teaching of the Buddha.
Siddhartha encounters four unexpected sights which make him think of a way out of the sorrowful world.
Click below to Subscribe to our channel for regular videos! tvclip.biz/user/GeethanjaliVideos
We would love to hear from you so please do leave your comments and share our videos with your loved ones!
For more preschool & phonics songs, rhymes and kids stories click below: tvclip.biz/user/GeethanjaliVideos/videosâ¦
Visit our official website! www.musicandchants.com/
Connect with us:
google+: plus.google.com/â¦/1111428737915525â¦/+GeethanjaliVideos/posts
facebook: facebook.com/superaudiomadras
twitter: twitter.com/musicandchants
iTunes: itunes.apple.com/â¦/aâ¦/super-audio-madras-pvt-ltd/id547539011
Googleplay : play.google.com/store/apps/developer?id=superaudio

tvclip.biz
Lord Buddha - The Four Encounters (The Life of Buddha)
The calm and compassionate face of the Buddha is known all over theâ¦

truetube.co.uk
The Enlightenment Of The Buddha - TrueTube
Why do we get old, get ill and die? How can we escape from suffering? Theâ¦ 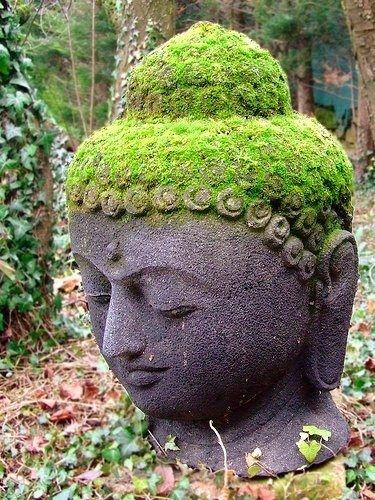 Thomas William Rhys Davids in his Buddhist India (p. 188) has given a
chronological table of Buddhist literature from the time of the Buddha
to the time of Ashoka which is as follows:

1. The simple statements of Buddhist doctrine now found, in identical
words, in paragraphs or verses recurring in all the books.

2. Episodes found, in identical words, in two or more of the existing books.

3. The Silas, the Parayana, the Octades, the Patimokkha.

5. The Sutta Nipata, the Thera and Theri Gathas, the Udanas, and the Khuddaka Patha.

6. The Sutta Vibhanga, and Khandhkas.

7. The Jatakas and the Dhammapadas.

10. The Abhidhamma books; the last of which is the Katha-Vatthu, and the earliest probably the Puggala-Pannatti.

Bhikkhu Bodhi, Dhammavuddho Thera and others have their doubts, as do
modern scholars about the later texts and if they are Buddhavacana
(exact words of Buddha) or not. Modern Theravadins probably hold a
slight variety of opinions but probably take one of the following:

1. The first four Nikayas in their entirety are Buddhavacana, plus the
following books from the Khuddaka Nikaya: Dhammapada, Udana, Itivuttaka,
Sutta Nipata, Theragatha, and Therigatha; and the Patimokkha from the
Vinaya. (That would still make the Buddhavacana portion of the Tipitaka
roughly 30 out of 40 volumes.)

2. All of the above, plus the
other books of the Khuddaka Nikaya, plus the other Vinaya books, plus
the Abhidhamma, but see them as written by later disciples of the
Buddha, who may have been arahants and thus, still worthy to be included
in the Canon, although not likely part of Original Buddhism.

The
scholar monks Ajahn Sujato and Ajahn Brahmali have written the book The
Authenticity of Early Buddhist Texts and they are in agreement with
number one above, consisting of the first 4 Nikayas and some of the
Khuddaka Nikaya as Buddhavacana.

The Complete Book of Buddha’s Lists — Explained. David N. Snyder, Ph.D., 2006.
http://www.thedhamma.com/
The Authenticity of Early Buddhist Texts Buddhist Publication Society, 2014.
https://suttacentral.net/
dhammawiki.com
1-10 early to recent Chronology of Pali Canon - Dhamma Wiki
Thomas
William Rhys Davids in his Buddhist India (p. 188) has given a
chronological table of Buddhist literature from the time of the Buddha
to the time of Ashoka which is as follows:


is
an Online GOOD NEWS CHANNEL FOR WELFARE, HAPPINESS AND PEACE FOR ALL
SOCIETIES Catering to more than 3000 Emails: 200 WhatsApp, Facebook and
Twitter.

Although
video dominates much of the media landscape, the simplicity of the
photograph perseveres. Ironically, throughout much of the history of
photography, photographers (along with editors, designers, and
publishers) have continually explored limited motion. The portrait, in particular, has been a ripe target for the integration of motion. Unlike the video portrait, the moving portrait is typically shorter and length, often with an endless loop â perhaps inspired by the animated GIF.

Motion
brings about a level of dynamism, and can induce emotion in a way that a
static image cannot. Throughout much of the past 50 years, technology
has helped influence the direction of the moving portrait.

The
lack of a screen hasnât prevented publishers from trying to simulate
movement in print. Two major technologies have been utilized to create
the moving portrait: holograms and lenticular printing.

In 1984, National Geographic
released its first holographic cover, a bald eagle, to showcase the
nascent technology. Altering the viewing angle of the cover gave readers
a limited 3D perspective.

The
magazine followed up with a larger hologram of a skull in 1985 and a
full holographic cover of a globe in 1988. The covers provided
relatively high fidelity movable images in the hands of consumers.

Lenticular
printing uses lenses to change an image based on the viewing angle.
Although the technology has been around for over 100 years, lenticular
printing became popular starting in the 1950s when companies like
Vari-Vue produced consumer products like trading cards.

Artist Rob Munday visited fashion designer and icon Karl Lagerfeld to produce a series of 50 images, some of which formed the lenticular cover for AnOther magazineâs 15th anniversary issue in 2016.

Wired UK partnered with Sky TV to create a full-wrap lenticular cover in 2016 promoting the product launch of Sky Q.

The
ubiquity of internet-connected devices on our desks and in our pockets
has been a critical piece of the visual age. Aided by rapid
technological advances for capture and display, the popularity of the
moving portrait has been fueled by the fact that anyone can create one.

Early
animated GIFs were small and cartoonish in nature with restricted color
palettes. Limited bandwidth from dial-up modems imposed practical
limits to how the technology could be used. But GIFs provided motion
(e.g. a flag waving in the wind) at a time when the rest of the web was
dominated by text against a gray background.

As
video technology progressed, the animated GIF was largely perceived as
an antiquated technology. Yet rather than die, the GIF saw a resurgence
as a part of the lexicon of the Visual Age, even with an 8-bit color
palette. Animated GIFs became popular as visual reactions, leading to
the meme-ification of many well-known video clips.

The
looping nature of the moving portrait has made it popular with comedic
intent. But as the medium has matured, weâve seen an expansion of the
emotional content.

As a part of a brilliant marketing campaign, Converse converted clips of Stranger Things star Millie Bobby Brown into reaction GIFs and made them freely available for consumers.

The New York Times tapped John Yuyi to create a series of moving portraits for a piece appropriately titled âWelcome to the Post-Text Future.â

Esquire integrated both still and moving portraits taken by Kat Pisiolek in a feature piece on YouTube star KSI.

Kevin Burg and Jamie Beck coined the term Cinemagraph
to describe a moving image with localized looping like this image
created for Chanel which features one loop on the sparklers and another
loop of the eyes. Although the resulting image can be saved as a video
file, a cinemagraph can also be exported as a GIF format.

After several years of producing tintypes at the Sundance Film Festival, Victoria Will blasted 140 years into the future by adopting the cinemagraph into her arsenal.

Photo by Victoria Will

Low
frame-rate animation separate the moving portrait from video. Boomerang
started out as a standalone app from Instagram to add looping image
capabilities, but has subsequently been integrated into Instagram
itself.

Unlike the traditional animated GIF, boomerangs loop forward and backwards which adds a comic element to the motion. Los Angeles Times photographer Jay L. Clendenin has used the technology at Comic Con and Sundance to the delight of his subjects.