WordPress database error: [Table './sarvajan_ambedkar_org/wp_comments' is marked as crashed and should be repaired]
SELECT ID, COUNT( comment_ID ) AS ccount FROM wp_posts LEFT JOIN wp_comments ON ( comment_post_ID = ID AND comment_approved = '1') WHERE ID IN (5579) GROUP BY ID

Kindly revert back to Ballot Papers for the following reasons: 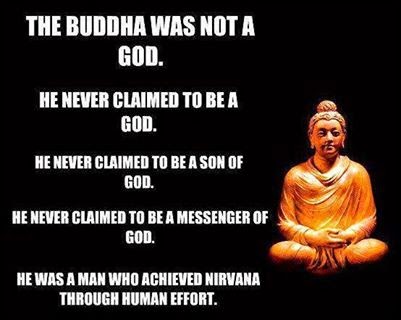 Magadhi Prakrit is the spoken language of
the ancient Magadha kingdom, one of the 16 city-state kingdoms  at the
time, located in the eastern Indian subcontinent, in a region around
modern-day BihÄr,
and spanning what is now eastern India, Bangladesh, and Nepal. The
first Magadha king is Bimbisara (558 BC â491 BC), during whose reign the
Buddha attained enlightenment. Both king Bimbisara and his successor
son Ajatashatru, were mentioned in several Buddhist Sutras, being lay disciplines, great friends and protectors of the Buddha
When
a just born baby is separated and kept in isolation, after some days it
will speak a natural human language just like all other species like
birds, animals, inspects etc have their own languages for communication.
So also the human beings have their natural (Prakrit) language. That is
Magadhi Prakrit the natural human language.

The Magadha kingdom later became part of the Mauryan Empire, one of the worldâs largest empires in its time, and the largest ever in the Indian subcontinent.

Magadhi Prakrit is the official language of the Mauryan court. Its emperor âAshoka
the Greatâ (ruled 273- 232 BCE) united continental India. During the
war to conquer Kalinga, the last Southern part of India not subject to
his rule, he personally witnessed the devastation that caused hundred of
thousands of deaths, and began feeling remorse. Although the annexation
of Kalinga was completed, Ashoka embraced the teachings of Buddhism, and renounced war and violence. He sent out missionaries to travel around Asia - his son Mahinda  and daughter Sanghamitra,  who established Buddhism in Ceylon (now Sri Lanka) - and spread  Buddhism to other countries.

Magadhi Prakrit is predominantly the language by which Emperor Ashokaâs edicts  were composed in. These edicts were carved on stone pillars placed throughout the empire.
The inscriptions on the pillars described edicts about morality based on Buddhist tenets.

Geographically,
the Buddha taught in Magadha, but the four most important places in his
life are all outside of it. It is likely that he taught in several
closely related dialects of Middle Indo-Aryan, which had a high degree
of mutual intelligibility.

The BrÄhmÄ« alphabet is the ancestor of most of the 40 or so
modern alphabets, and of a number of other
alphabets, such as Khmer and Tibetan.
It is thought to have been modelled on the Aramaic
or Phoenician alphabets, and appeared in Jambudvipa sometime before 500 BC.

The earliest known inscriptions in the BrÄhmÄ« alphabet are those of
King Asoka (c.270-232 BC), third monarch of the Mauryan dynasty.

BrÄhmÄ« was used to write a variety of languages, including  Prakrit.

Thus spoke king Devanampiya Piyadasi: âKings of the olden time have gone to heaven under
these very desires. How then among mankind may religion (or growth in grace) be increased?
Yea, through the conversion of the humbly-born shall religion increaseâ

Some modern descendants of BrÄhmÄ«

The Edicts of King Asoka

Some of the writing systems used to write Sanskrit

MD Faraz3 months ago
EVM should be banï»¿ned

Toamit Chaudhary3 months ago
She is absolutely rightâ¦according her E.V.M ought to be banâ¦!! She is the God of  societyâ¦.ï»¿

Satish Chandra Mishra presented the case to revert back to paper ballots in a very befitting manner.

Following are the recent developments of the EVMs:

Faulty EVM âocassionallyâ casts vote for BJP in Buldhana: Report
The report says that on February 16th, the day of polling, Zore and her
representatives made a complaint at around 10 am after they objected to
LED light flashing for BJP candidate when votes were case in her favour
at an EVM unit in Sultanpur

An
Electronic Voting Machine (EVM) used during the Zilla Parishad elections
in the month of February in Maharashtra reportedly recorded votes in
favour of a BJP candidate when they were cast for an independent
candidate.

According to a report in DNA, independent candidate
Ashatai Arun Zore filed a complaint after an EVM in Buldhana district of
Vidarbha votes polled in her favour âoccasionallyâ went to the rival
candidate from BJP. The complaint was forwarded to Buldhana district
collectorate by RTI activist Anil Galgali who sought information
regarding the complaint.

The report says that on February 16th, the day of polling, Zore and her
representatives filed a complaint at around 10 am after they objected
to the LED light flashing for BJP candidate when votes were cast in her
favour at a polling booth in Sultanpur. The inquiry report was earlier
found to be âwithout substanceâ by centre in-charge Ramnarayan Sawant
and election officer Manikrao Bazad. Similar complaints were made again
at 1:30 PM, which were then found to be true, the report added.

The complaint was brought to the notice of the Assistant Returning
Officer prompting officials to seal the machine and restart the polling.
Re-polling took place a few days after the incident at booth 57/6, the
report stated. The Buldhana district collector, in his letter to the
State Election Commission, admitted that Zoreâs complaint turned out to
be true.

The reason for the malfunction remains unclear but the
officials denied that it was a case of EVM tampering. âThis could be a
technical fault. On an average, there are 60 seats in a Zilla Parishad.
The problem occurred on one machine in one centre in a particular
constituency. If there was deliberate tampering, similar complaints
could have been reported from more machines in other centres,â a
Buldhana district official told DNA.

Faulty EVM âocassionallyâ casts vote for BJP in Buldhana: Report
The
report says that on February 16th, the day of polling, Zore and her
representatives made a complaint at around 10 am after they objected to
LED light flashing for BJPâ¦
indianexpress.com

An Electronic Voting Machine that was reported to have voted for a
particular party during a demonstration in Madhya Pradesh on Saturday
reignited the opposition charge that tampered EVMs had helped the BJP in
the last round of assembly elections. The Election Commission of India
has sought a detailed report from Bhindâs District Election Officer
after seeing the video of a demonstration organised by state election
officials for journalists ahead of by-elections in the stateâs two
assembly seats.

NDTV is one of the leaders in the production and
broadcasting of un-biased and comprehensive news and entertainment
programmes in India and abroad. NDTV delivers reliable information
across all platforms: TV, Internet and Mobile.

For latest breaking news, other top stories log on to: http://www.abplive.in & https://www.youtube.com/c/abpnews

Following are the most happiest people on the earth because of the EVMs:

â¢ LK Advani has demanded a paper back-up to electronic voting.
Parties such as CPM, TDP, AIADMK, RJD, LJP and Trinamool Congress have joined the chorus.

â¢ In 2009, Chandrababu Naidu blamed the EVMs for his defeat. (
http://www.deccanchronicle.com/hyderabad/now,-naidu-blames-evms-720

â¢ When the Indian National Congress surpassed all projections to
win 262 seats in 2009, According to Dr. Subramanian Swamy, President
of the Janata Party (24-8-2010) , the Leader of Indian National
Congress Mrs. Sonia Gandhi reportedly hired hackers to hack into
election results of the electronic voting machines, which resulted in
landslide victory of the Indian National Congress in the national
elections in 2009. (Electronic Voting Machine: Excellent tool of
manipulation- by News Desk, December 17,
2011-http://www.weeklyblitz.net/1993/electronic-voting-machine-excellent-tool)

â¢ On 1st December, 2010, Prime Minister Sheikh Hasina of
Bangladesh announced that there will be full electronic voting system
in Bangladesh to arrange the future elections in a flawless manner. But
there are serious allegations that a group of âelection plannersâ of
the ruling party has already contacted a number of leading EVM hackers
in India, including the most infamous âCyber Armyâ. According to
unconfirmed sources, the ruling party influential figures from
Bangladesh are already bargaining a âpackage dealâ with the Indian
hackers in ensuring a massive victory and re-election of Bangladesh
Awami League during the election in 2014 in exchange of a huge amount of
money. Initially, the Indian hackers demanded US$ 1 billion for this
service; while the figure has already been brought down to US$ 400
million and the ruling party men are optimistic of getting even a
cheaper deal with the Indian hackers. Once the deal will be successfully
concluded, there will be visibly no way in stopping the ruling party
from getting re-elected in the election of 2014. Bangladesh has
indigenously developed its own electronic voting machines. Bangladesh
University of Engineering & Technology (BUET) has developed these
systems. (http://www.indianevm.com/blogs/?cat=3 )

Nine safeguards recommended by International Electrical &
Electronics Engineering Journal (May 2009, p 23) should be incorporated.
EVMs should print a paper record of each vote, to be deposited in a
conventional ballot box. This ensures physical evidence and speedy
results. A Voter Verified Paper Ballot (VVPB) provides an auditable way
to assure voters that their ballots will be available to be counted.
Without VVPB there is no way to independently audit the election
results.

Use two machines produced by different manufacturers to records votes.

Expose the software behind EVMs to public scrutiny. Having the software
closely examined by independent experts would make it easier to close
technical loopholes that hackers can exploit.

Booth monitoring: Strict monitoring of the activities inside the polling
booth is important to eliminate human elements responsible for fraud
and corruption .

EVMs may be needed, but this is not the best option for corruption
prone environment that exist in our country.


Intellectuals belonging to Sarvajan Samaj have decided to do e-filing to the Supreme Court,

Note:- Petitions filed through E-MAIL are not entertained. For Electronic filing of
case in Supreme Court. Use E-Filing facility only. Payment of Fee for E-Filed
case are accepted only through Credit Cards and Debit Cards of the following
banks mentioned below:


After the
calculation of amount according to the number of pages of
particular order plus other charges as mentioned above, the party
concerned is informed by post or e-mail(if e-mail id is mentioned
in his application)to send the charges by the way of âMoney
Orderâ in favour of Assistant Registrar(Copying). On receipt
of amount, Court fee is purchased and affixed at the application
and certified copy of order, as requested, is dispatched by Regd.
Post only at the address mentioned in the application.

through
Facebook, WhatsApp, Emails, SMSes and other supportive media on the
above subject until the Paper Ballots are used in the coming elections
and to dissolve Central and State governments selected by the fraud EVMs
and go for fresh polls using Paper Ballots.

WordPress database error: [Table './sarvajan_ambedkar_org/wp_comments' is marked as crashed and should be repaired]
SELECT * FROM wp_comments WHERE comment_post_ID = '5579' AND comment_approved = '1' ORDER BY comment_date