WordPress database error: [Table './sarvajan_ambedkar_org/wp_comments' is marked as crashed and should be repaired]
SELECT ID, COUNT( comment_ID ) AS ccount FROM wp_posts LEFT JOIN wp_comments ON ( comment_post_ID = ID AND comment_approved = '1') WHERE ID IN (6165) GROUP BY ID

Buddhist Doctrines - What is Nibbana? - The Roots of Nibbana

https://www.youtube.com/watch?v=_tfct_zW88A
The Jhanas â Seven Steps to Heaven (and One Beyond) by Ajahn Brahm

Ajahn Brahmavamso Mahathera (known to most as Ajahn Brahm) was born
Peter Betts in London, United Kingdom in August 7, 1951. He came from a
working-class background, and won a scholarship to study Theoretical
Physics at Cambridge University in the late 1960s. After graduating from
Cambridge he taught in high school for one year before travelling to
Thailand to become a monk and train with the Venerable Ajahn Chah
Bodhinyana Mahathera.
Category
Nonprofits & Activism

Sunday
16th December at 7pm Ajahn Brahmavamso Mahathera (known to most as
Ajahn Brahm) was born Peter Betts in London, United Kingdom in August 7,
1951. He c…

About This Website
youtube.com
The Jhanas â Seven Steps to Heaven (and One Beyond) by Ajahn Brahm

This wide-ranging sutta, the
longest one in the Pali canon, describes the events leading up to,
during, and immediately following the death and final release
(parinibbana) of the Buddha. This colorful narrative contains a wealth
of Dhamma teachings, including the Buddhaâs final instructions that
defined how Buddhism would be lived and practiced long after the
Buddhaâs death â even to this day. But this sutta also depicts, in
simple language, the poignant human drama that unfolds among
the Buddhaâs many devoted followers around the time of the death of their beloved teacher.

Political
Science-Techno-Politico-Socio Transformation and Economic Emancipation
Movement (TPSTEEM). Struggle hard to see that all fraud EVMs are
replaced by paper ballots by Start using Internet of things by creating
Websites,blogs. Make the best use of facebook, twitter etc., to
propagate TPSTEEMthru FOA1TRPUVF.


https://awakenmediaprabandhak. wordpress.com/
When
a just born baby is kept isolated without anyone communicating with the
baby, after a few days it will speak and human natural (Prakrit)
language known as Classical Magahi Magadhi/Classical Chandaso language/Magadhi Prakrit/Classical Hela Basa (Hela Language)/Classical Pali which are the same. Buddha spoke in Magadhi. All the 7111 languages and dialects are off shoot of Classical
Magahi Magadhi. Hence all of them are Classical in nature (Prakrit) of
Human Beings, just like all other living spieces have their own natural
languages for communication. 111 languages are translated by https://translate.google.com

jcs4ever@outlook.com
is the most Positive Energy of informative and research oriented site propagating the teachings of the Awakened One with Awareness the Buddha and on Techno-Politico-Socio
Transformation and Economic Emancipation Movement followed by millions
of people all over the world in 111 Classical languages.
Rendering exact translation as a lesson of this
University in oneâs mother tongue to this Google Translation and
propagation entitles to become a Stream Enterer (Sottapanna) and to attain Eternal Bliss as a Final Goal 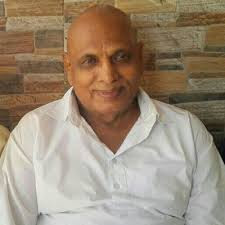 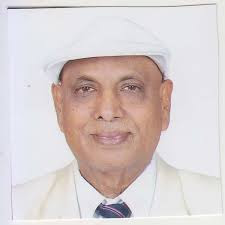 WordPress database error: [Table './sarvajan_ambedkar_org/wp_comments' is marked as crashed and should be repaired]
SELECT * FROM wp_comments WHERE comment_post_ID = '6165' AND comment_approved = '1' ORDER BY comment_date