WordPress database error: [Table './sarvajan_ambedkar_org/wp_comments' is marked as crashed and should be repaired]
SELECT ID, COUNT( comment_ID ) AS ccount FROM wp_posts LEFT JOIN wp_comments ON ( comment_post_ID = ID AND comment_approved = '1') WHERE ID IN (7159) GROUP BY ID

Hunger is the worst kind of illness said Awakened One
Grow Broccoli, pepper,cucumber,Beans in Pots,
Sujata fed Buddha, Ashoka planted fruit bearing trees all over the world and in space.Mayawati wants that rule. 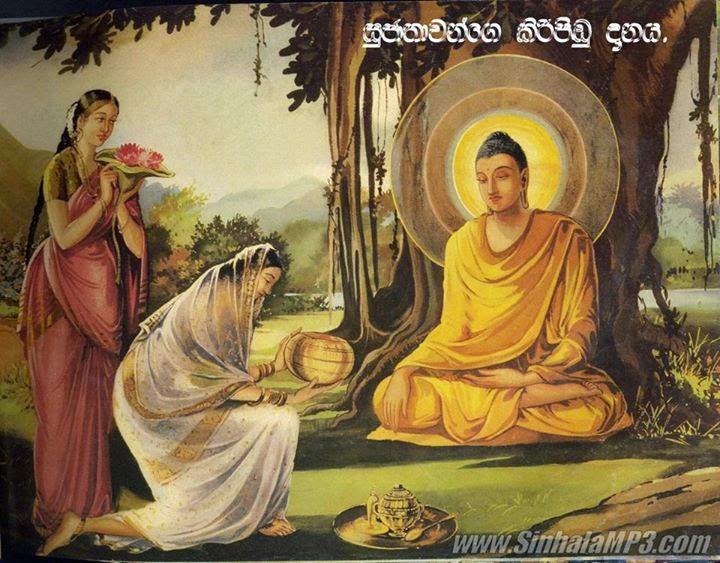 Dr B.R.Ambedkar thundered âMain Bharat Baudhmay karunga.â (I will make this country Buddhist)
All Aboriginal Awakened Societies Thunder â Hum Prapanch Prabuddha
Prapanchmay karunge.â (We will make the whole world Prabuddha Prapanch
live upto 150 years for the price of coffee
Nicotinamide Adenine Dinucleotide (NAD)15 Grams at $62.00 which plays a role in
generating energy in the human body available âfor the price of a coffee
a dayâ a Stunning anti-ageing breakthrough could see humans live to 150
years and regenerate organ.New process has been found by Harvard
Professor David Sinclair and researchers from the University of New
South Wales, involving cell reprogramming.
According
to the University of Singapore survey/review based on 131 countries.
From June 18, world will be 100% free and happy from December 8th. Their
predictions about Italy and Spain fit exactly.

Maker of COVID
Tests Says Pandemic is Biggest Hoax Ever Perpetrated  It is like a blind
man searching for a black cat in a dark room which is not there.

After Bath Practice Patanjali Yogic Meditation From 04:00 AM to 05:00 AM at

Spread the Words of Buddha from

Practicing Mindful Swimming at Dolphin Aquatics at Halasuru from 05:30 AM to 07:00 AM 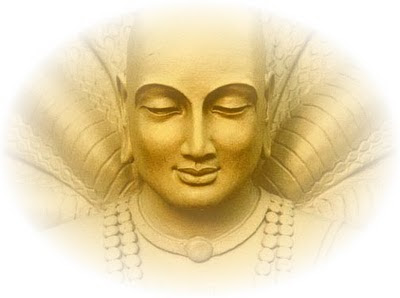 The Yoga Sutras of Patanjali: a manual of Buddhist meditation?

Translation
and free adaptation of the article published on the blog âTheravadin -
Theravada Practice Blogâ (http://theravadin.wordpress.com/). 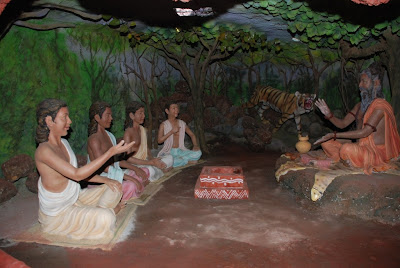 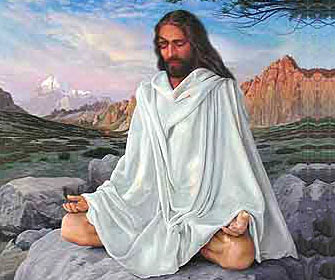 Welcome to our yoga postures section. Here you will find
yoga moves that are broken down to the bare basics with colour photos
to match. We also have state of the art flash yoga animation technology that you can use to view these moves in full screen size, full colour and with full instruction.

Yogic exercises cater to the needs of each individual
according to his or her specific needs and physical condition. They
involve vertical, horizontal, and cyclical movements, which provide
energy to the system by directing the blood supply to the areas of the
body which need it most.

In yoga, each cell is observed, attended to, and
provided with a fresh supply of blood, allowing it to function smoothly.
The mind is naturally active and dynamic, while the innerself is
luminous. In this section we will give you plenty of yoga images and
instruction.

The purpose of this pose is to help give the entire
body a very complete stretch from the heels to the head. It improves
strength and endurance and helps to control your breathing in
conjunction with the movements of the body.

It eases and stimulates the joints especially the
knees, ankles and shoulders. It reduces and alleviates backache and
improves the circulation of the entire body.

Regular practice of the kneeling twist pose
will aid in your ability to rotate the spine and upper torso more
effectively, while increasing the flexibility and strength in your back
and abdominal muscles. It also massages, stimulates and rejuvenates the
internal abdominal organs.

This pose is a good beginners pose and will get you ready for more advanced twists.

Triangle pose tones the leg muscles, spinal nerves and abdominal organs; it contributes towards a strong healthy lower back.

The triangle gives an excellent and complete stretch

throughout the entire body.

This pose harnesses the powers of mental concentration, while
allowing you to calm the mind. It develops balance and stability, and
strengthens the legs and feet, also increasing flexibility in the hips
and knees.

The tree pose is a balance pose incorporating three lines of
energy, emitting from the centre outwards. One line proceeds down the
straight leg, one line extends up the spine and out the fingertips, and
the third moves outward through the bent knee.

The Warrior pose is
named after the mythic warrior-sage, Virabhadra. This challenging pose
strengthens the entire body while improving mental capacity and self
control.

It builds, shapes and tones the entire lower body. It tones the
abdominal section and helps to prevent, reduce and eliminate back pain.
The entire upper body -front and back- is worked and doing this pose
increases the capacity of the respiratory system.

The Mountain Pose is one of the most important poses in yoga. It is the start and finish point of all standing poses.

When standing in mountain pose, the mind is quiet,
and the body strong and still, like a mountain. This is a pose you can
practise in your daily life, practising to stand correctly will have a
profound influence on your physical and mental well being.

This pose is simple, but very effective, and is a
key movement to more advanced poses. This pose will teach you how to
push from under the shoulders and out of the lats, the major muscle
group of the back. A key movement in a lot of yoga poses.

It strengthens and aligns the upper body while
releasing tension and increasing the circulation to the shoulder joint,
which is a ball and socket joint. It also aids in strengthening the
abdominal and lumber region as you look to form a solid base.


Shoulder opener Yoga Posture. This
movement will teach you how to push from under the shoulders and out of
the lats, the major muscle group of the back. A key movement in a lot of
yoga poses. This pose is simple, but very effective, and is a key
movement to more advanced poses.
Please Visit:
http://www.youtube.com/watch?v=t9TPzR6-Kmc&feature=player_embedded

The shoulder rotation is another pose which can be practiced anywhere and at any time.

It strengthens and aligns the shoulder region while
releasing tension and increasing the circulation to the shoulder joint,
which is a ball and socket joint. It also aids in strengthening the
abdominal and lumber region as you look to form a solid base.

Doing this pose will rapidly increase strength and muscle tone in your midsection.

The lying twist is another pose which is very
simple yet extremely effective. This pose is soothing to the spine and
neck, and warms and frees the lower back and hips and it also improves
digestion and assists in toxin elimination.

The downward yoga pose is
named as such as it resembles the shape of a Dog stretching itself out.
This pose helps to strengthen, stretch and reduce stiffness in the legs
while strengthening and shaping the upper body. Dog pose Yoga Posture .
One of the main yoga asanas. If you have time for only one posture try
this one.

Holding this pose for a minute or longer will
stimulate and restore energy levels if you are tired. Regular practice
of this pose rejuvenates the entire body and gently stimulates your
nervous system.

The purpose of this pose is to give the entire back
of your body a very complete stretch from the heels to the head. It is
excellent for posture improvement and stimulates the internal organs as
well.

It adds in improved mental concentration and
endurance and helps to control and calm the mind. It relieves
compression while increasing the elasticity of the spine, it also
strengthens and stretches the hamstrings.

The locus yoga posture is
named as such as it resembles the shape of the insect known as the
Locust. This pose helps to strengthen, stretch and reduce stiffness in
the lower back while bringing flexibility to the upper back region.

When you first begin to practice this pose, your
legs may not move very far off the floor. Please continue and stay
positive as you will find your range will continue to improve the more
you practice. Learning to master this pose will hold you in good stead
for more advanced back bends.

The Bridge Pose is
a simple yet very effective pose to practice. It helps to promote a
healthy flexible spine while strengthening the legs and buttock muscles.
It also helps to stretch and stimulate the abdominal muscles and
organs.

It aids in easing and stimulating the mind and is a great way to reenergize if feeling tired.

The Childs Yoga pose when
practiced regularly is very beneficial to your entire mind and body. It
helps to release the pressure on the spine while providing an entire
stretch through the upper body to the fingertips. It also aids in
strengthening and stretching the insides of the legs while massaging the
internal organs.

Breathing will becomes more efficient and your mind
will become clear. It also aids in improved mental processes and helps
to rejuvenate and energize the entire being.

This pose aids in digestion and is restorative. It
frees the rib cage allowing for improved breathing. It aids in mental
concentration and helps to revive mental and pysichal exhaustion. The
heartbeat is slowed and the lower back is strengthened and pressure is
removed from the lumbar region.

It increases flexibility while strengthening and
developing the hamstrings. It also helps to strengthen the feet and
ankles while realigning the entire body.

Doing the boat pose will rapidly increase strength and muscle tone in your midsection.

Keep challenging yourself to stay in this pose
longer. If you find the stimulation of the midsection becoming intense,
just persist with it, knowing your mind has ultimate control over the
body.

WordPress database error: [Table './sarvajan_ambedkar_org/wp_comments' is marked as crashed and should be repaired]
SELECT * FROM wp_comments WHERE comment_post_ID = '7159' AND comment_approved = '1' ORDER BY comment_date