WordPress database error: [Table './sarvajan_ambedkar_org/wp_comments' is marked as crashed and should be repaired]
SELECT ID, COUNT( comment_ID ) AS ccount FROM wp_posts LEFT JOIN wp_comments ON ( comment_post_ID = ID AND comment_approved = '1') WHERE ID IN (7557) GROUP BY ID 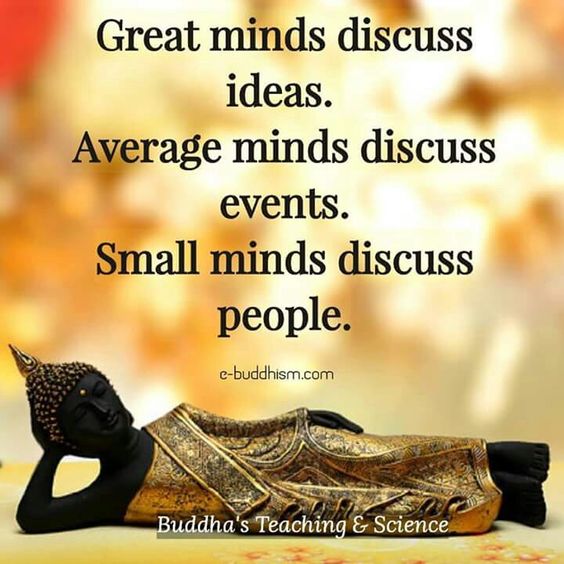 Who is the New Maitreya Buddha?


PART 27 IN SERIES Figuring Out Prophecy

The views expressed in our content reflect individual perspectives and do not represent the official views of the Baha’i Faith.

Weâve got something for everyone.
Service Life Justice Culture History Science News Spirituality Religion
SEARCH
Never miss an article
Sign up for our newsletter and get all our latest content
Sign up

Bahaâis believe that Bahaâuâllah, the prophet and founder of their Faith, fulfills the prophecies of Buddhism.

Among Bahaâuâllahâs messianic claims, the Bahaâi International Community, in a statement âprepared at the request of the Universal House of Justice,â included the future Buddha:

He
[Bahaâuâllah] is the one promised in all the scriptures of the past,
the âDesire of all nations,â the âKing of Glory.â To Judaism He is âLord
of Hostsâ; to Christianity, the Return of Christ in the glory of the
Father; to Islam, the âGreat Announcementâ; to Buddhism,
the Maitreya Buddha; to Hinduism, the new incarnation of Krishna; to
Zoroastrianism, the advent of âShÃ¡h-BahrÃ¡m.ââBahaâi International
Community, Bahaâuâllah, p. 26.

Similarly, Shoghi Effendi stated that Bahaâuâllah is âto the Buddhists the fifth Buddhaâ (God Passes By, p. 94) and, further:

He
[Bahaâuâllah] alone is meant by the prophecy attributed to
Gautama Buddha Himself, that âa Buddha named Maitreye, the Buddha of
universal fellowshipâ should, in the fullness of time, arise and reveal
âHis boundless gloryââ â God Passes By, p. 95.

The
Sanskrit word, âMaitreyaâ (Pali: Metteya) which means, âThe Benevolent
One,â simply refers to the future Buddha. Maitreya is the same as the
âfifth Buddha.â

There are a number of Buddhist texts foretelling Maitreya. Of these, the most important is the AnÄgatavaá¹sa (âThe Chronicle of the Future [Buddha]â). Of this prophetic text, The Princeton Dictionary of Buddhism states:

AnÄgatavaá¹sa.
In PÄli, âChronicle of Future Eventsâ; a medieval PÄli work in verse
detailing the advent of Metteya (Maitreya) Buddha in the far distant
future of this auspicious eon. The current eon is deemed auspicious
because five buddhasâMaitreya being the fifthâappear during its
duration, the maximum number possible. â¦ [T]he AnÄgatavaá¹sa
claims to have been preached to ÅÄriputra by the Buddha. The text
elaborates upon the prophecy of the coming of Maitreya found in the CakkavattisÄ«hanÄdasutta of the DÄ«ghanikÄya. â Donald S. Lopez, Jr., and Robert E. Buswell, Jr., âAnÄgatavaá¹sa,â in The Princeton Dictionary of Buddhism, pp. 251â252.

Scholar
K.R. Norman (Professor Emeritus of Indian Studies, Cambridge
University) published a new translation of this Buddhist apocalypse in
2006: âThe AnÄgatavaá¹sa Revisited,â Journal of the Pali Text Society 28 (2006): 1â37. Here are a few excerpts to give the reader a fair impression of the nature of these Buddhist prophecies:

105. That Conqueror will be eighty-eight cubits in height. That Teacherâs chest will be twenty-five cubits in diameter.

106â107.
The Seer will have wide eyes, thick eyelashes, clear eyes. Not blinking
day or night, with his physical eye he will see things, small or large,
in all directions for twelve leagues without obstruction. His radiance
will stream forth as far as twenty-five [leagues].

133.
At that time a lifetime there will be 80,000 years. Remaining so long,
[the Buddha] will bring many people to the other shore.

134.
When the Perfect Buddha has attained NibbÄna, his Teaching will remain
for 180,000 years. After that, there will be a terrible disappearance in
the world.

135.
Thus, the constituent elements are impermanent, not firm, temporary;
existences are transitory, liable to destruction and old age, and empty.

139. Those who do good things here and dwell vigilant, monks and nuns, male and female lay followers,

140.
â¦ who have performed great auspicious honour to the Buddha[s], they
together with the Devas will see the auspicious assembly at that time.

142.
Be those who delight always in being vigilant in meritorious actions.
Having done good here, you will make an end of misery. â Translated by K.R. Norman, âThe AnÄgatavaá¹sa Revisited,â pp. 28, 30â32.

The
life of the future Buddha, Maitreya, as portrayed above, has many
similarities to the traditional life of the historical Buddha, except
that the circumstances seem comparatively more extravagant and exalted.
The AnÄgatavaá¹sa
is meant, in part, to inspire Buddhists to be âvigilant in meritorious
actionsâ in hope of being reborn in that auspicious future time and
place, when Maitreya will transform the world into a Buddhist paradise.

Obviously
this particular prophecy is highly unlikely: âAt that time a lifetime
there will be 80,000 years.â Not humanly possible! Such prophecies tend
to use richly symbolic numbers, which operate by way of hyperbole, i.e.
figurative exaggeration, to make a point.

As stated in a
previous article on the return of Krishna, a prophecy such as this
Buddhist prophecy operates as a social mandateâa messianic âjob
description,â as it were.

There
are some doctrinal differences between contemporary Buddhist and Bahaâi
teachings, of course. That Buddhism today is atheisticâand holds that
the âselfâ or soul is impermanent and ultimately nonexistentâis quite
obvious.

Of course, Bahaâi
teachings are anti-anthropomorphic, and represent God as an âUnknowable
Essence.â In other words, God is a Mystery with traces of the Creator
throughout creation.

As
for the self, Bahaâis believe the self is always changing and evolving.
In this sense, there is no static âself,â because the self itself is a
flowing river of consciousness. In similar ways, later Buddhist texts
speak of the âBuddha nature self,â which is the potential in each of us
to achieve enlightenment.

The
claim that Bahaâuâllah is Maitreya, the fifth Buddha, is not a matter
of certain proof. Buddhists, after all, generally expect the future
Buddha to renew and reestablish Buddhism worldwide, in a new era in
which Buddhist teachings and practices prevail. Obviously Bahaâuâllah
was not a Buddhist. The Bahaâi teachings, moreover, are not specifically
Buddhist, either.

But the fact
remains that Bahaâuâllahâand a number of essential Bahaâi teachingsâare
qualitatively or equivalently âBuddhistâ in spirit and in nature. Absent
a similarly worthy candidate, a case can be made for regarding
Bahaâuâllah as the fifth Buddha, as Buddhists who have embraced the
Bahaâi Faith can attest, as a matter of personal faith and witness.

https://www.youtube.com/watch?v=PKjZ2FoyFZw
The Maitreya Buddha at Mulbek, Ladakh
Sheila Simkin
53.1K subscribers
http://www.TravelsWithSheila.com
There’s
nothing like a 9 meter/30 foot tall Buddha along the Ladakh National
Highway to open your eyes! The Maitreya Buddha (Future Buddha) is
located in Mulbek/Mulbekh,, supposedly dating from the 11th century,
carved into the limestone.
However,
a geologist staying at the J&K Bungalows/Guest House with us
disagrees on the Buddha’s age. He thinks the Buddha would have eroded
significantly over 1,000 years in soft limestone. Whatever century the
Maitreya Buddha was from, it is beautiful and imposing from all angles.
Mulbekh
Monastery is built on top of a rock above the main road. Containing
precious relics, we had no time or desire to see yet another monastery
with at least an 8 hour drive ahead before arriving in Leh.
https://buddhist-spirituality.org/meditation-practices/jhana
Ø³Ø§Ø²ÙØ§Ù Ø¯ÙÙØ¯Ù Ø¢ÙÙ Ø§ÛÙ Ø±Ø§ÛÚ¯Ø§Ù Ø±ÙØ²Ø§ÙÙ (ØºØ°Ø§)
Ø¨Ø±Ø§Û
United United United Ø¨Ù Ø·ÙØ± Ø®ÛØ±Ø®ÙØ§ÙØ§ÙÙ Ø¨ÛØ¯Ø§Ø± Ø´Ø¯Ù (BAUU)
Grow your own food

for Welfare,Happiness, Peace,Liberty,Freedom,Equality of All Sentient and Non Sentient Beings.

WordPress database error: [Table './sarvajan_ambedkar_org/wp_comments' is marked as crashed and should be repaired]
SELECT * FROM wp_comments WHERE comment_post_ID = '7557' AND comment_approved = '1' ORDER BY comment_date