WordPress database error: [Table './sarvajan_ambedkar_org/wp_comments' is marked as crashed and should be repaired]
SELECT ID, COUNT( comment_ID ) AS ccount FROM wp_posts LEFT JOIN wp_comments ON ( comment_post_ID = ID AND comment_approved = '1') WHERE ID IN (974) GROUP BY ID 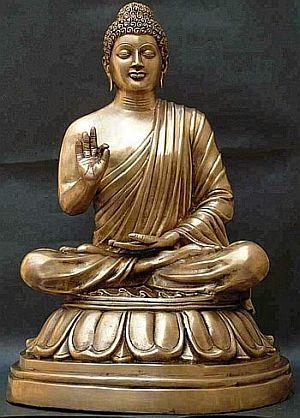 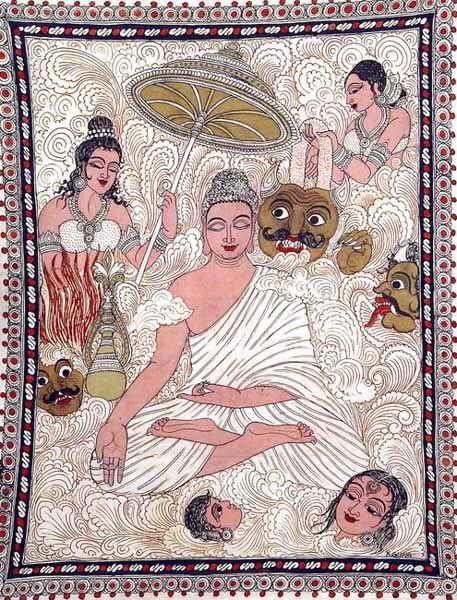 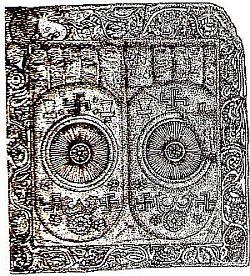 A POOL OF WATER

Explanation: The Lord Buddha explains that just as one cannot see shells, pebbles, gravel, fish etc in a muddy pool of water; a person whose mind is defiled by various impurities will not be able to understand that which is beneficial to themselves and/or others and will not be able to gain any superior insights enabling higher realizations such as Nibbana.

Explanation: The Lord Buddha explains that just as one can see shells, pebbles, gravel, fish etc in a clear pool of water; a person whose mind is not defiled by various impurities will be able to understand that which is beneficial to themselves and/or others and will be able to gain superior insights enabling higher realizations such as Nibbana.

PM, 19 others to be sworn in today
Ministers S M Krishna and M Veerappa Moily,
Mamata Banerjee, Ghulam Nabi Azad and Rajasthan PCC chief C P Joshi are
among the 19 leaders who would be sworn in as Cabinet Ministers in the
new government along with Prime Minister Manmohan Singh this

A message from the Pontifical Council for Interreligious Dialogue,
for the Buddhist feast of Vesakh. A call to work together to combat
that form of poverty which is a humiliation of human dignity, distress
and marginalization.

A word of thanks for the “dear Buddhist friends,” because of their
“inspiring witness of non-attachment and contentment,” together with an
invitation to “fight” that form of poverty “that prevents people and
families from living as befits their dignity; a poverty that offends
justice and equality and that, as such, threatens peaceful
co-existence.” These are the two points that form the basis of the
message for the feast of Vesakh released today by the Pontifical
Council for Interreligious Dialogue. Vesakh is the most important
Buddhist feast, and recalls the birth, enlightenment, and death of the
Buddha, all of which happened during the month of Vesakh. This year,
the feast falls on April 8 in Japan and Taiwan, on May 2 in Korea, and
on May 8 in all the other countries of Buddhist tradition.

In simple and friendly terms, the message expresses the closeness of
Catholics to the Buddhist communities. “Together,” it says, “we are
able not only to contribute, in fidelity to our respective spiritual
traditions, to the well-being of our own communities, but also to the
human community of the world.”

Recalling Benedict XVI’s words about a poverty “to be chosen” and a
poverty “to be fought” (message for the World Day for Peace 2009;
homily at the Mass on January 1), the Pontifical Council expresses its
appreciation for the fact that “monks, nuns, and many lay devotees
among you embrace a poverty ‘to be chosen’ that spiritually nourishes
the human heart, substantially enriching life with a deeper insight
into the meaning of existence.”

At the same time, it specifies that “for a Christian, the poverty to
be chosen is that which allows one to tread in the footsteps of Jesus
Christ. By doing so a Christian becomes disposed to receive the graces
of Christ, who for our sake became poor although he was rich, so that
by his poverty we might become rich (Cf. 2 Corinthians 8:9).” The
message also recalls the “poverty to be fought”: “affective, moral, and
spiritual poverty,” the marginalization of those who live in rich
societies and the “various forms of malaise despite their economic
prosperity,” and invites the Buddhist communities to “promote the
goodwill of the whole human community.”


WordPress database error: [Table './sarvajan_ambedkar_org/wp_comments' is marked as crashed and should be repaired]
SELECT * FROM wp_comments WHERE comment_post_ID = '974' AND comment_approved = '1' ORDER BY comment_date