WordPress database error: [Table './sarvajan_ambedkar_org/wp_comments' is marked as crashed and should be repaired]
SELECT ID, COUNT( comment_ID ) AS ccount FROM wp_posts LEFT JOIN wp_comments ON ( comment_post_ID = ID AND comment_approved = '1') WHERE ID IN (1242) GROUP BY ID

Do not dwell in the past, do not dream of the future, concentrate the mind on the present moment. - Buddha

Arahant comes from the Pali word arahati meaning âworthyâ or ânobleâ and is a title given to someone who has attained awaken-ness as a result of listening to and practicing the teachings of a Buddha. Like a Buddha, an arahant has perfected wisdom and compassion and is no longer subject to rebirth. The Buddha describes the arahant as having transcended âthe round of birth and death, they have destroyed the taints, lived the holy life, done what had to be done, laid down the burden, reached the ultimate goal, destroyed the fetters and become completely free, liberated through final knowledgeâ (Majjhima Nikaya 1. 141).

Attaining to the level of full awaken-ness is not to be taken lightly or as something easily attainable. It can take several decades of devoted practice and will more likely take several lifetimes to perfect the Paramitas,(

TheravÄda Buddhism’s teachings on the pÄramitÄs can be found in late canonical books and post-canonical commentaries.

Two of the above virtues, metta and upekkha also comprise two of the four immeasurables (brahmavihÄra)).

Beyond the four jhÄnas lie four attainments, referred to in the early texts as aruppas. These are also referred to in commentarial literature as immaterial/the formless jhÄnas (arÅ«pajhÄnas), also translated as The Formless Dimensions:

In the suttas, these are never referred to as jhÄnas. According to the early scriptures, the Buddha learned the last two formless attainments from two teachers, Alara Kalama and Uddaka Ramaputta respectively, prior to his enlightenment.[12] It is most likely that they belonged to the Brahmanical tradition.[13]

[edit]Cessation of feelings and perceptions

The Buddha himself discovered an attainment beyond the dimension of neither perception nor non-perception, the “cessation of feelings and perceptions”. This is sometimes called the “ninth jhÄna” in commentarial and scholarly literature.[14][15]

About this, it is said: “Seeing with discernment, his fermentations were totally ended. He emerged mindfully from that attainment. On emerging mindfully from that attainment, he regarded the past qualities that had ceased & changed: ‘So this is how these qualities, not having been, come into play. Having been, they vanish.’ He remained unattracted & unrepelled with regard to those qualities, independent, detached, released, dissociated, with an awareness rid of barriers. He discerned that ‘There is no further escape,’ and pursuing it there really wasn’t for him.”[16]

Someone attaining this state is an anagami or an arahant.[17] In the above extract, the Buddha narrates that Sariputta became an arahant upon reaching it.[18])

and other advanced states. There are however, several other partially enlightened noble levels (see: 10 hindrances).(

An anagami (non-returner) has completely eradicated the first five hindrances and never returns to earth or any other world system (planet, solar system). Such a person is re-born to a heavenly realm and attains enlightenment from there.

A sakadagami (once-returner) has eradicated the first three hindrances and greatly weakened the fourth and fifth; attachment to sense desires and ill-will. Such a person will be re-born to either the human or heavenly realm and will attain enlightenment there.

Buddhism is unique among the major world religions in that followers can attain to the same level as the founder. For example, in Judaism, Abraham and Moses are considered the founders who made the covenant with God and provided the Law (Torah) and there cannot be another one to do so. In Christianity, there can only be one Christ. In Islam, Muhammad is considered the seal or final prophet. Whereas, in Buddhism, anyone can attain awaken-ness and reach the same wisdom and title as the Buddha, an awakened one.

In the social transformation movement in our country, the great heroes of social revolution have played a particular important role. The humanitarian thoughts and deeds of those great heroes stirred and influenced the society a great deal. Our Sants, Gurus and other great men wagesd stupendous struggles and made countless sacrifices throughout their life for securing the right to vote and human right to equality that we enjoy today in the 21st century. All o0f you are aware that there is a long saga of relentless struggles and sacrifices by these great men in which names of great humanists, Tathagat  Gautam Buddha, Sant Kabir, Guru Ravidas, Mahatma Jotiba Phule, Chatrapati Shahuji Maharaj,the most revered Baba Saheb Dr.Bhimrao Ambedkar and Bahujan Nayak Hon.Shri Kanshi Ram Ji in particular deserve mention. It is because of limitless love of these leading lights of India for the people , society and country that these great men are held in great esteem everywhere and all of them hold sway over hearts and minds of the people.

Establishment of a caste-less equalitarian social order based on humanism and equality in our country has been the great goal of these great men. At the time of attaining Independence of the country also, the architect of the Indian Constitution, the most revered Baba Saheb Dr. Bhimrao Ambedkar had reminded all his countrymen, â We have gained Political Independence, but there is no Social Equality in India. How long shall we continue to live the life of contradiction?  If we continue to delay it for long, we will do so, only putting our Political Democracy in peril. We must remove this contradiction at the earlist possible momentâ¦â

But even 62 years after Independence of the country, the casteist mindset and the social order based on it are destroying our country like white ants. This malady has continued to be a big hurdle in the development of both the country and the state because, as everyone knows it, the renouncing of the castiest mindset alone is true patriotism and without establishing a caste-less society India cannot become a humanitarian and developed country of the world.

It has always been my efforts that these high priests/great men who sacrificed their all for âSocial Transformationâ should get adequate honour in the society and our country, and their memories should be preserved as a valuable heritage and  a source of inspiration. During my all the four tenures of power in Uttar Pradesh in the honour of these great men and in the direction of preserving their memorable heritage, efforts have been made to do the historic work of establishing new districts and building sthals, institutions, gr4and memorials, buildings, parks etc., for them.

In this very process, I am happy that a guide/album, âCertainly Towards an Equalitarian Societyâ, based on the works that mu government has got done in the honour of Tathagat Gautam Buddha is being published by the Information and Public Relations Department of the state. I am confident that this effort will certainly play a positive role in my governmentâs campaign to establish anâ equalitarian social orderâ. 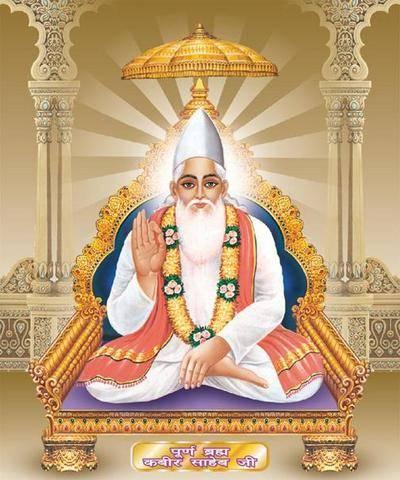 Kabir was born in 1398 AD. He was a great poet and a weaver by profession. He was born to a Hindu but grew up in a Muslim weavers family.  Ramananda was his guru from whom he took initiation. 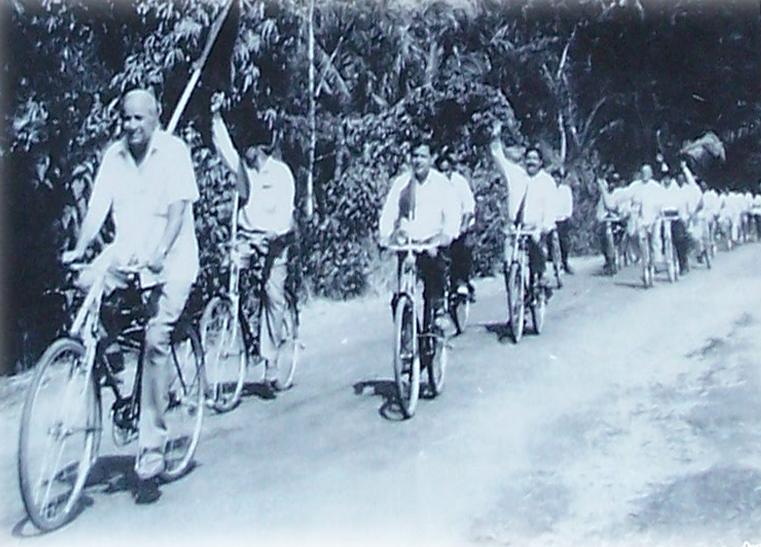 She pointed out that once the main Rs. 17 cr. Taj corridor case had come to an end and it was conclusively proved that she had no role to play in the case, the CBI should have dropped the case immediately.

The Supreme Court has asked the Union government to clearly spell out its stand whether it wanted to proceed against Uttar Pradesh Chief Minister Mayawati in the disproportionate assets case or not.

A Bench, comprising Justices B. Sudershan Reddy and S.S. Nijjar, gave six weeks to the Centre and the CBI to file their response to Ms. Mayawati’s petition that sought quashing of the proceedings.

In her petition, Ms. Mayawati accused the CBI of harassing her by filing the disproportionate assets cases. She said while the former Railway Minister, Lalu Prasad, was let off by the CBI without filing any appeal in the income-tax case, she was being targeted for political reasons.

She contended that the CBI had neither the authority nor the jurisdiction to initiate any proceedings, including filing of First Information Report, against her in the DA case.

She pointed out that once the main Rs. 17 cr. Taj corridor case had come to an end and it was conclusively proved that she had no role to play in the case, the CBI should have dropped the case immediately. However, in a most illegal and arbitrary manner, simply to harass and defame her, the CBI had illegally and under political pressure been continuing the DA case till date.

Ms. Mayawati said the CBI and income-tax authorities not only went ahead to investigate the income during 2002-2003 to which the Taj case related but even went back from the assessment years 1998-99 onwards for re-opening the assessment proceedings.

WordPress database error: [Table './sarvajan_ambedkar_org/wp_comments' is marked as crashed and should be repaired]
SELECT * FROM wp_comments WHERE comment_post_ID = '1242' AND comment_approved = '1' ORDER BY comment_date