On the eve of 54th Dhamma Chakra Pravartan Day, wishing all of you a very happy and wonderful year ahead to work for the Mission. Hope everyone remembers, HISTORICAL Sunday October 14, 1956 the day on which we all got new path and Identity in the name of Buddhism to walk with dignity leaving “untouchable” and “Hindu” identities in dustbin.

“That religion which forbids humanitarian behaviour between men is not religion but a penalty” - Boddhisatva Dr. Babasaheb Ambedkar.

“Noble is your aim and sublime and glorious is your mission. Blessed are those who are awakened to their duty to those among whom they are born. Glory to those who devote their time, talents and their all to the amelioration of slavery. Glory to those who would reap their struggle for the liberation of the enslaved in spite of heavy odds, carping humiliation, storms and dangers till the downtrodden secure their Human Rights.â - Boddhisatva Dr. Babasaheb Ambedkar.

In Mission
–A Samta Sainik

THE DAY BABASAHEB AMBEDKAR LIBERATED US FROM THE CLUTCHES OF HINDU FOLD.

Conversion back to Buddhism

As a profound life long student of anthropology Dr. Babasaheb Ambedkar made a remarkable discovery that the Mahar people are originally ancient Buddhist people of India. They have been forced outside a village to live like an outcast as they refused to leave Buddhist practices and eventually they were made into untouchables. He wrote a scholarly book on this topic- Who were Sudras? How they became Untouchables.

Diksha Bhumi, Nagpur ; Stupa at the site where Dr. Babasaheb Ambedkar, with his followers embraced Buddhism

Dr. Babasaheb Ambedkar studied Buddhism all his life, and around 1950s, Ambedkar turned his attention fully to

Buddhism and travelled to Sri Lanka (then Ceylon) to attend a convention of Buddhist scholars and monks. While dedicating a new Buddhist vihara near Pune, Ambedkar announced that he was writing a book on Buddhism, and that as soon as it was finished, he planned to make a formal conversion back to Buddhism.[11] Ambedkar twice visited Burma in 1954; the second time in order to attend the third conference of the World Fellowship of Buddhists in Rangoon. In 1955, he founded the Bharatiya Bauddha Mahasabha, or the Buddhist Society of India. He completed his final work, The Buddha and His Dhamma, in 1956. It was published posthumously.

After meetings with the Sri Lankan Buddhist monk Hammalawa Saddhatissa,[12] Ambedkar organised a formal public ceremony for himself and his supporters in Nagpur on October 14, 1956. Accepting the Three Refuges and Five Precepts from a Buddhist monk in the traditional manner, Ambedkar completed his own conversion. He then proceeded to convert an estimated 500,000 of his supporters who were gathered around him.[11] Taking the 22 Vows. He then traveled to Kathmandu in Nepal to attend the Fourth World Buddhist Conference. His work on The Buddha or Karl Marx and “Revolution and counter-revolution in ancient India” (which was necessary for understanding his book “The Buddha and his dhamma”)remained incomplete. 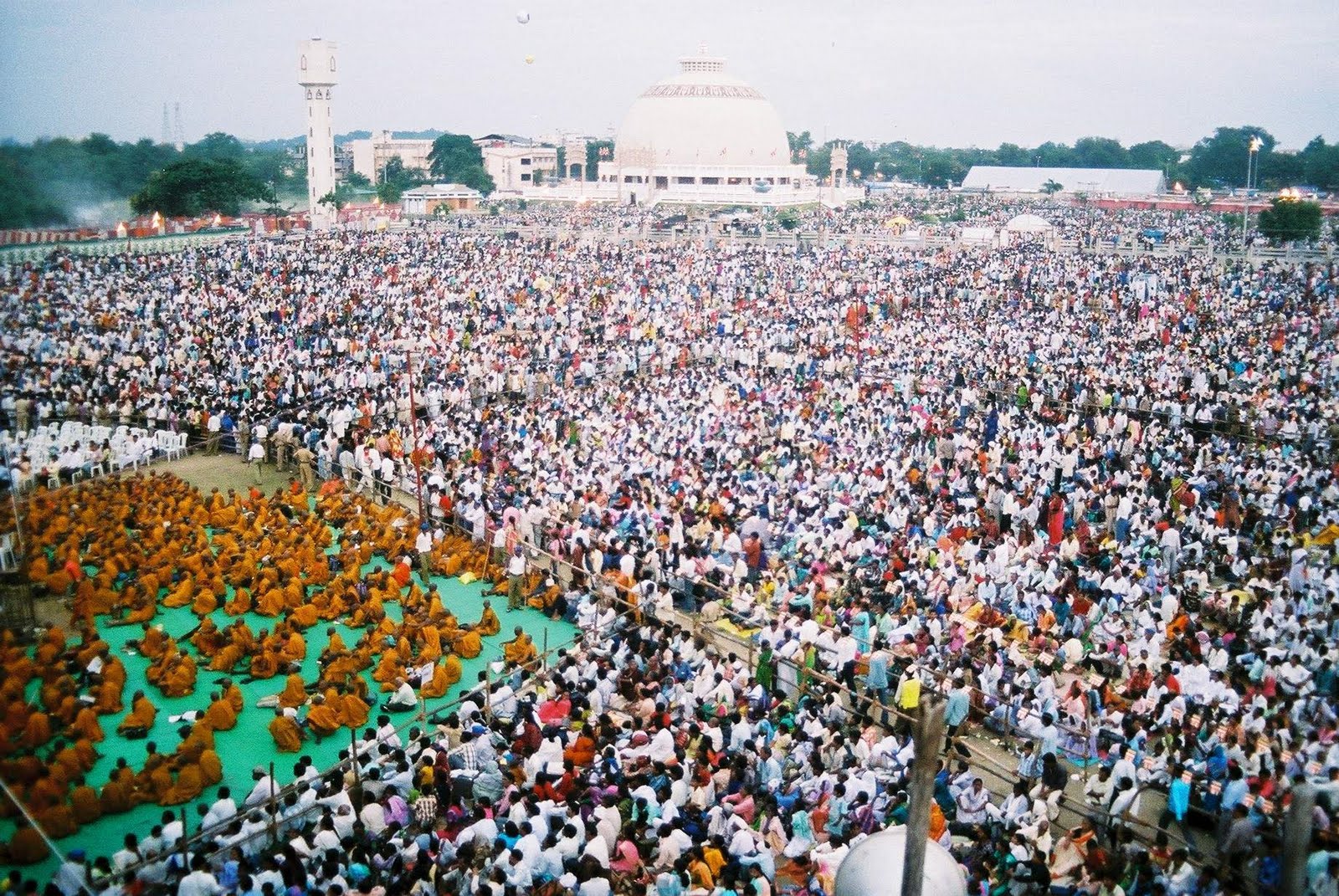 This is probably the most well known pose routinely used by Budha and is a very popular meditation pose. This is not always easy for Westerners to master. It may take time for the ligaments to become extended so that the Lotus Pose is comfortable. If one cannot master the Lotus Pose, any of the other seated poses will do quite well for the purpose of meditation. Start slowly and acquire proficiency over a period of time. This is one of the basic yoga postures.