Ogha-tarana Sutta: Crossing over the Flood

Translator’s note: This discourse opens the Samyutta Nikaya with a paradox. The Commentary informs us that the Buddha teaches the devata in terms of the paradox in order to subdue her pride. To give this paradox some context, you might want to read other passages from the Canon that discuss right effort.

I have heard that on one occasion the Blessed One was staying near Savatthi in Jeta’s Grove, Anathapindika’s monastery. Then a certain devata, in the far extreme of the night, her extreme radiance lighting up the entirety of Jeta’s Grove, went to the Blessed One. On arrival, having bowed down to him, she stood to one side. As she was standing there, she said to him, “Tell me, dear sir, how you crossed over the flood.”

“I crossed over the flood without pushing forward, without staying in place.”[1]

“But how, dear sir, did you cross over the flood without pushing forward, without staying in place?”

“When I pushed forward, I was whirled about. When I stayed in place, I sank. And so I crossed over the flood without pushing forward, without staying in place.”

At long last I see

who     without pushing forward,

without staying in place,

That is what the devata said. The Teacher approved. Realizing that “The Teacher has approved of me,” she bowed down to him, circumambulated him â keeping him to her right â and then vanished right there. 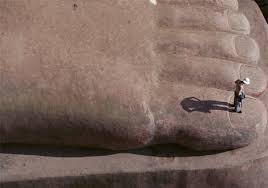 The Bahujan Samaj Party (BSP) has dubbed the Samajwadi Party’s demonstration and agitation on Monday a âtotal flop show.â The president of the Uttar Pradesh unit of the BSP, Swamy Prasad Maurya, said in a press release that the people of the State had rejected the SP’s call for agitation against the government.

Mr. Maurya said the number of 2,327 SP workers arrested were voluntary arrests and by those who wanted to impress the party leadership for getting a ticket in the Assembly elections.

Mr. Maurya ridiculed SP chief Mulayam Singh and the State unit president of the party, Akhilesh Yadav, for taking a flight to Delhi even as the agitation was under way. âIt showed the SP supremo’s realisation that the agitation programme was a non-starter and the people were not enthused, which is why he flew to Delhi,â Mr. Maurya added.

He dismissed the SP’s accusation of the law and order situation in the State being bad. Stating that it was better than in the previous regime, Mr. Maurya said the previous government was known to âpatronise criminals.’