Then Ven. Ananda went to the Blessed One and, on arrival,
having bowed down to him, sat to one side. As he was sitting there, the Blessed
One said to him, “Ananda, every precept & practice, every life, every
holy life that is followed as of essential worth: is every one of them
fruitful?”

“Lord,
that is not [to be answered] with a categorical answer.”

“In
that case, Ananda, give an analytical answer.”

Then not
long after Ven. Ananda had left, the Blessed One said to the monks,
“Monks, Ananda is still in training, but it would not be easy to find his
equal in discernment.”


(Homage to the Blessed One,
the Consummate One,


the Supremely Awakened
One)

Free Buddhist Studies for Young
Students is intended for students and

are well established in the
precepts, good bodily and study habits and

Designed to be used together
with a biography of the

Buddha and
it covers life of the Buddha, his

The students should be guided to
understand, practice and answer the questions at a

The main aims of this
work are to help students: 1.develop basic

knowledge of the Buddhist
religious tradition and realise the true

value of the Buddhaâs
teachings to themselves and others, 2. by

applying the teachings in
their daily lives, become well established in

a peaceful way of living -
the Middle Way of life.

Emphasis on questions and
activities for students to do, so that they

develop their own faculties
and come to realise the answers by

Just as the basic ethical
boundaries to conduct, so the study of the

earliest Buddhist scriptures
and application of the Buddhaâs advice in

our daily life, are an
absolute foundation for our Buddhist practice,

and also for instructing others.

Teachers are welcome to use
contents of this work as their wish,

to construct their own
lessons.

Introduction
for parents and teachers

Lesson
4. Life Story for the Buddha â In Search of Truth

Lesson
5. Life Story of the Buddha â The First Discourse

Lesson
13: History of the Dhamma and Sangha

Buddhism is a peaceful religion started by Gotama Buddha. It has

very little record of any external conflicts with other
religious groups

or individuals. In its original and essential form, it is a
peaceful way of

life taught by the Buddha. It does not require a belief in a
Supernatural

being, or unquestioning belief in the Buddha and his teachings.
But

like any scientific teaching or a medicine, it requires an open
mind

and some trust or faith, to examine the Buddhaâs teachings and
apply

them in your daily life. 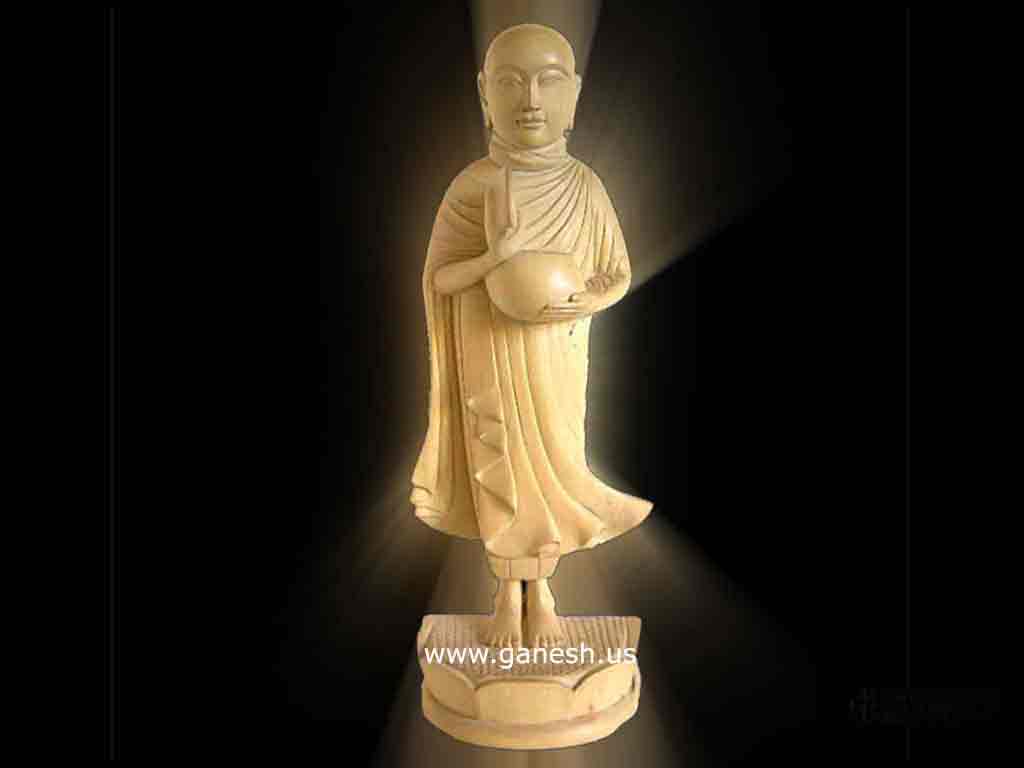 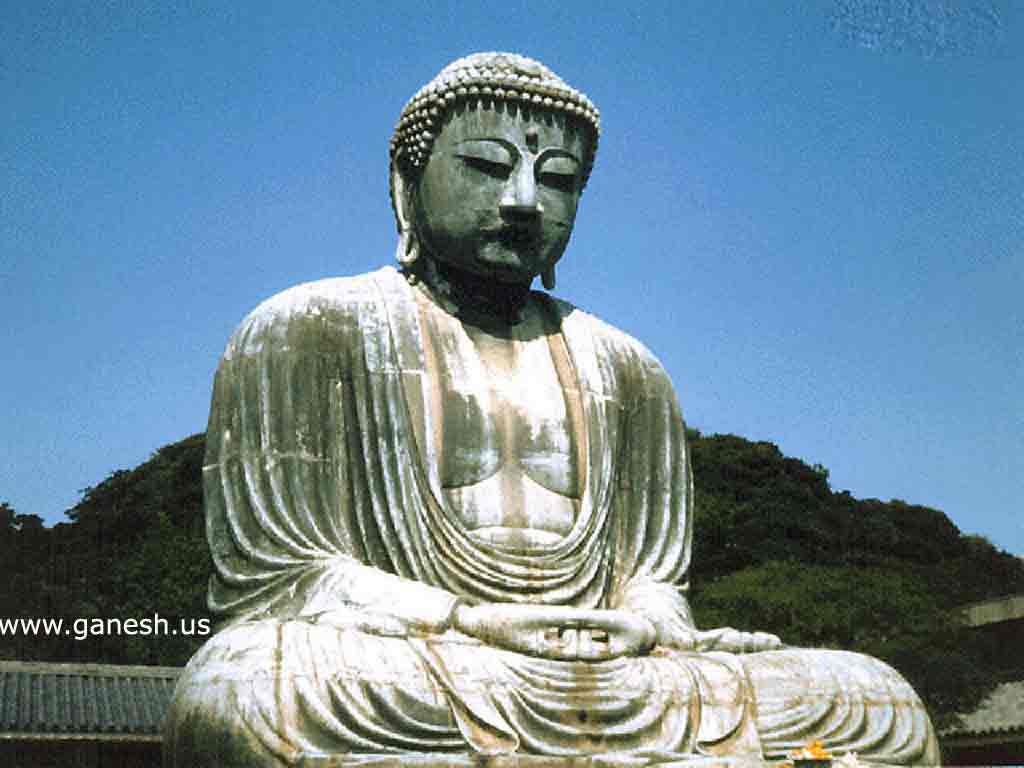 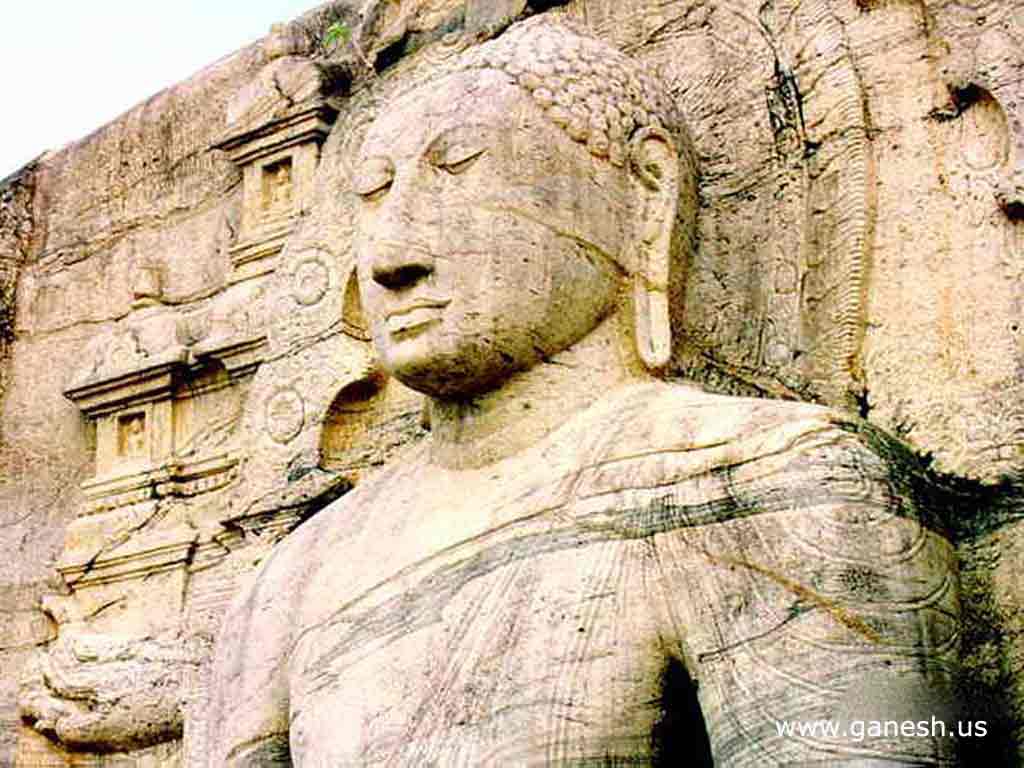 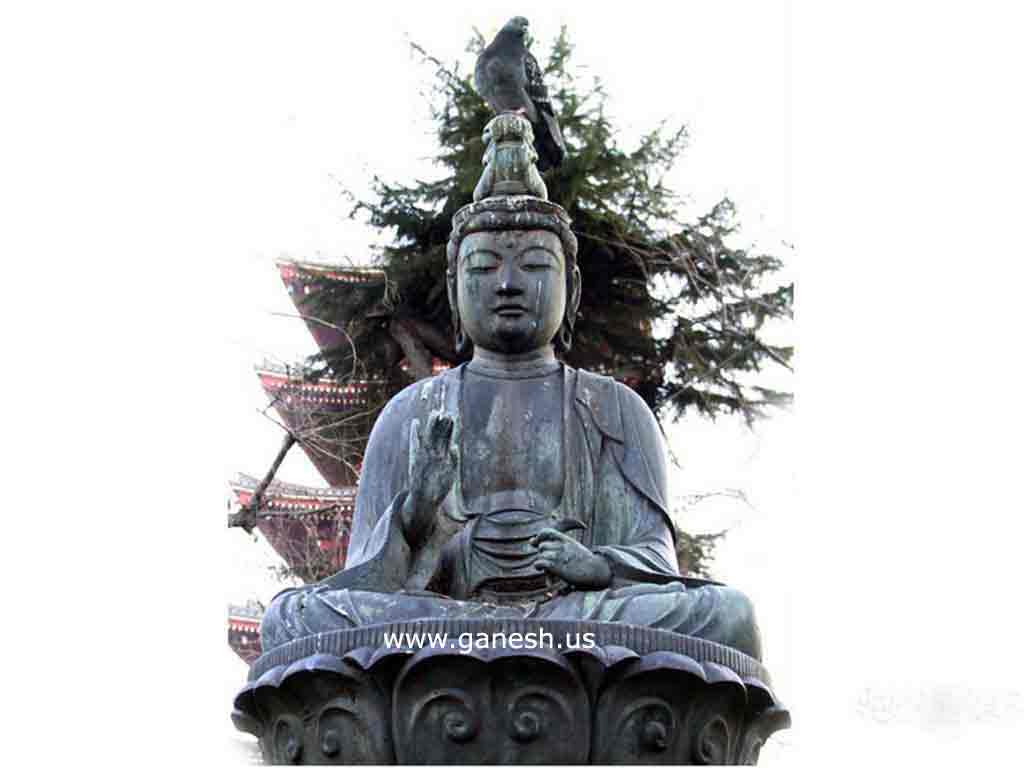 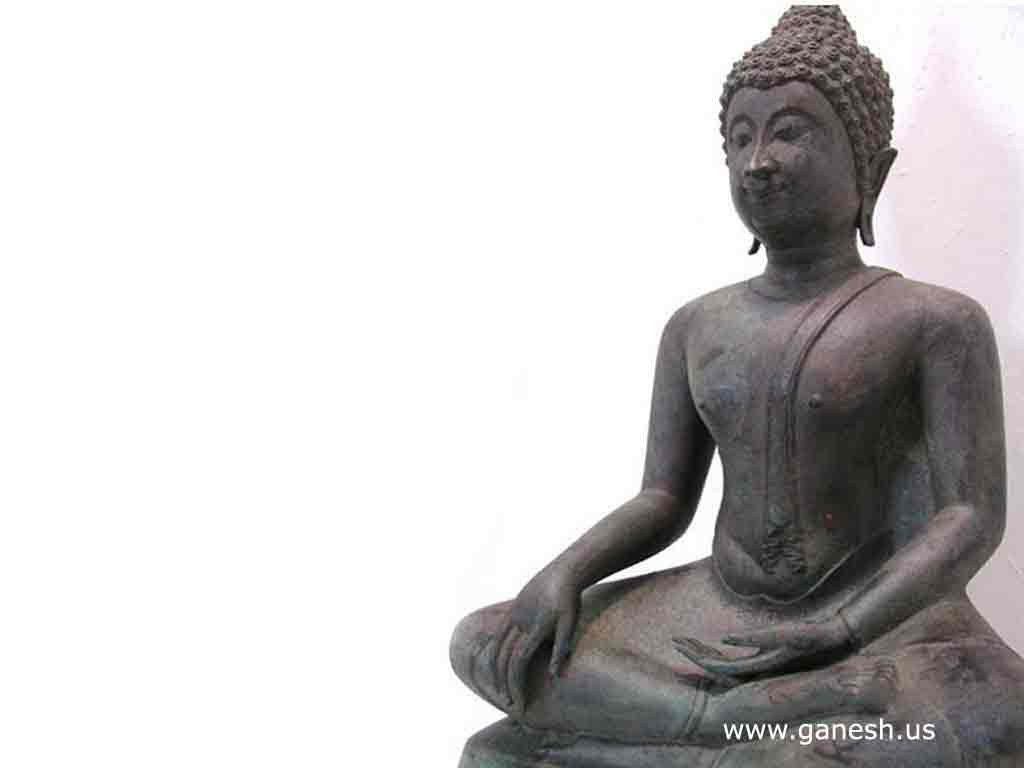 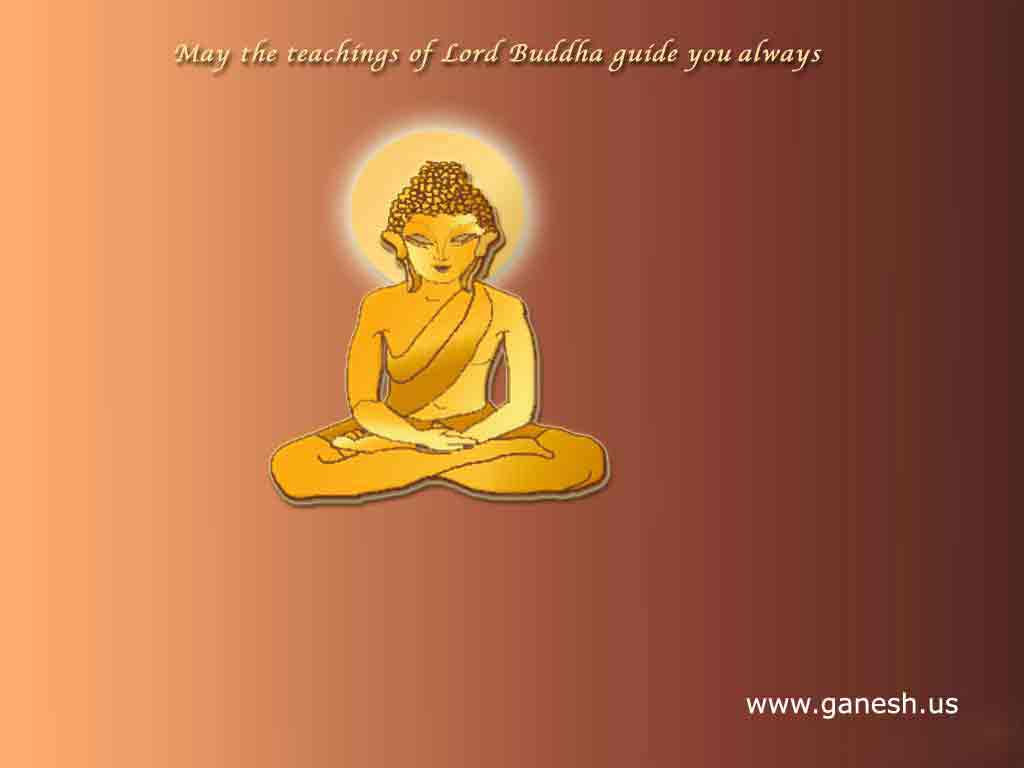 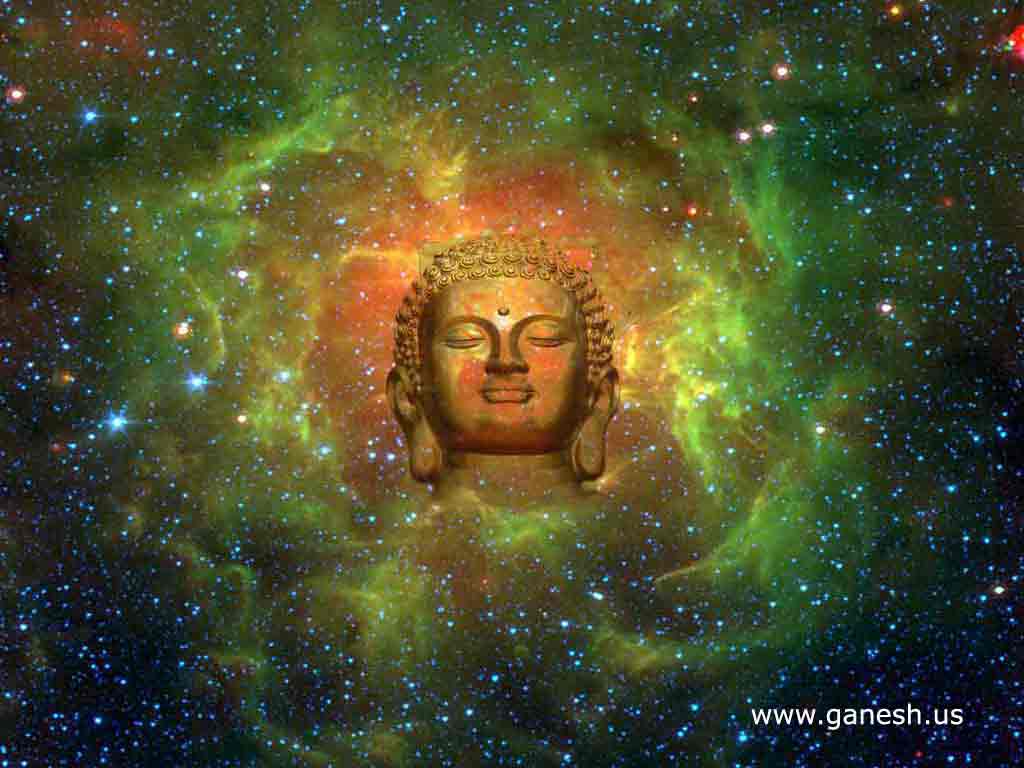 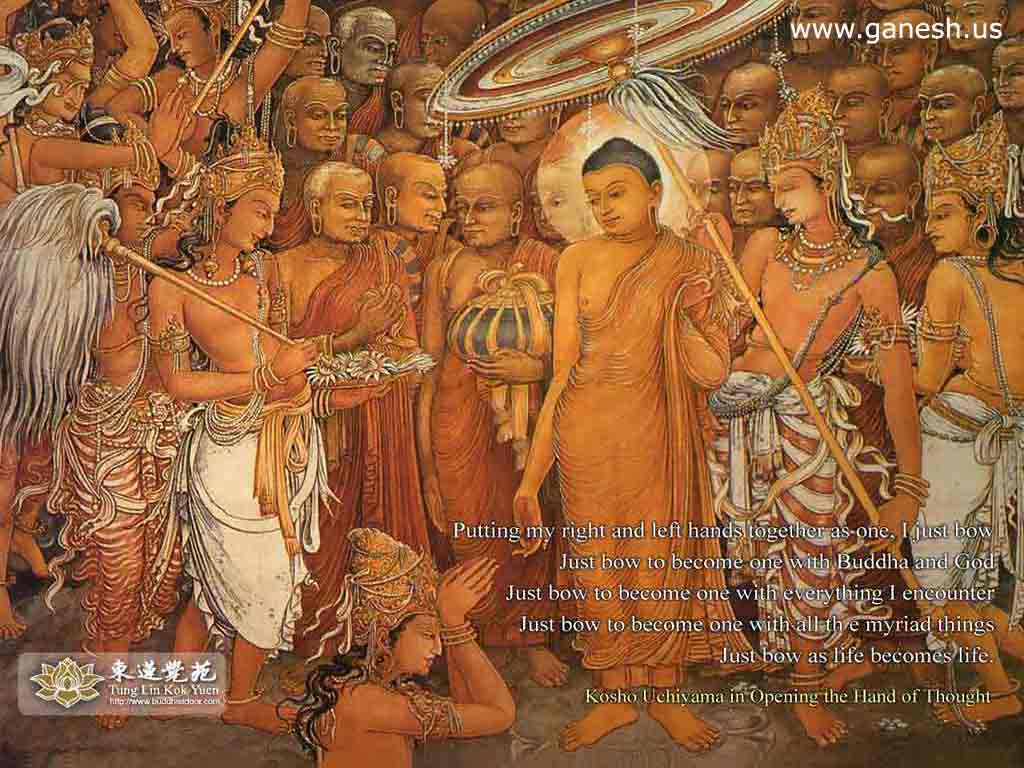 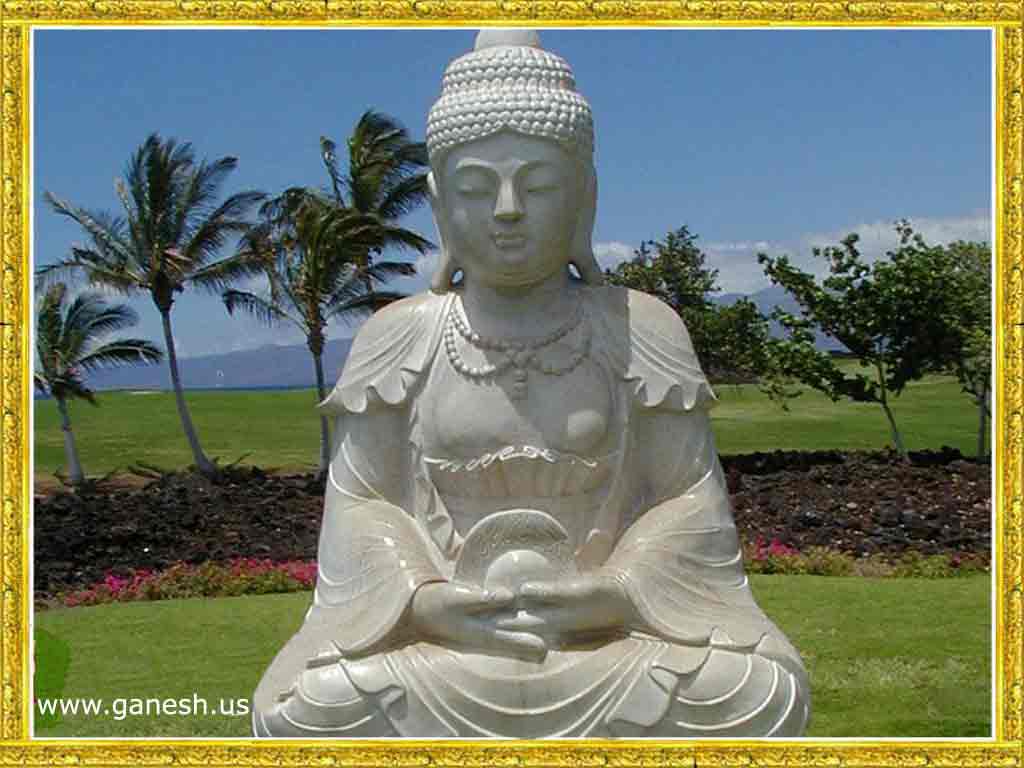 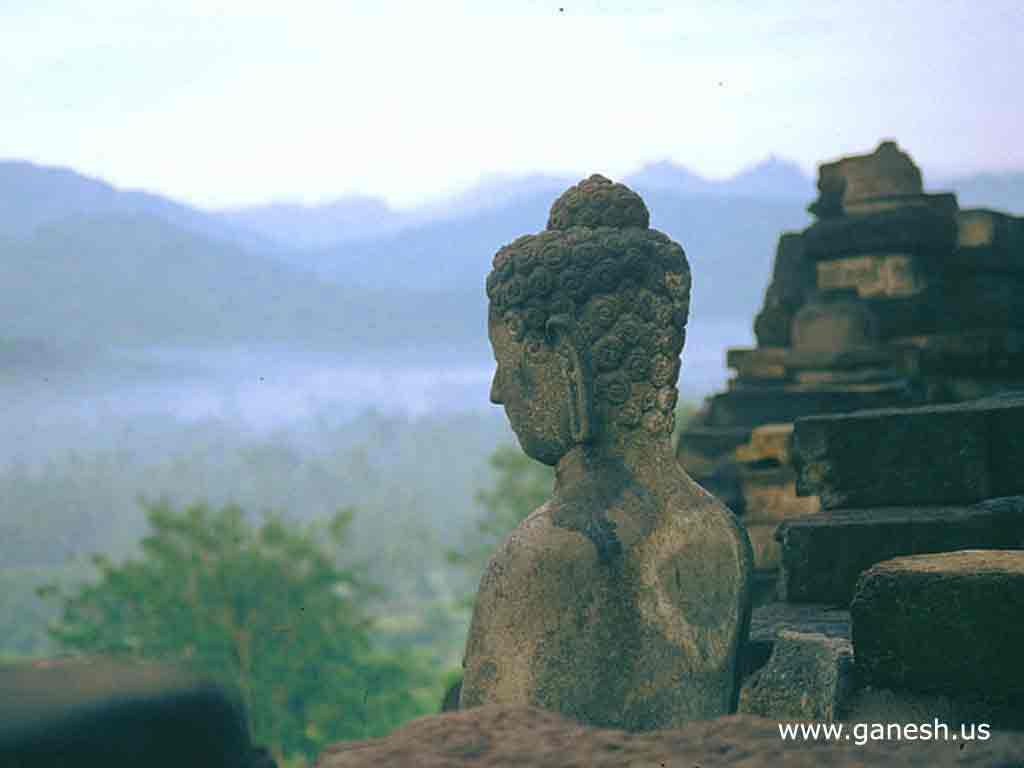 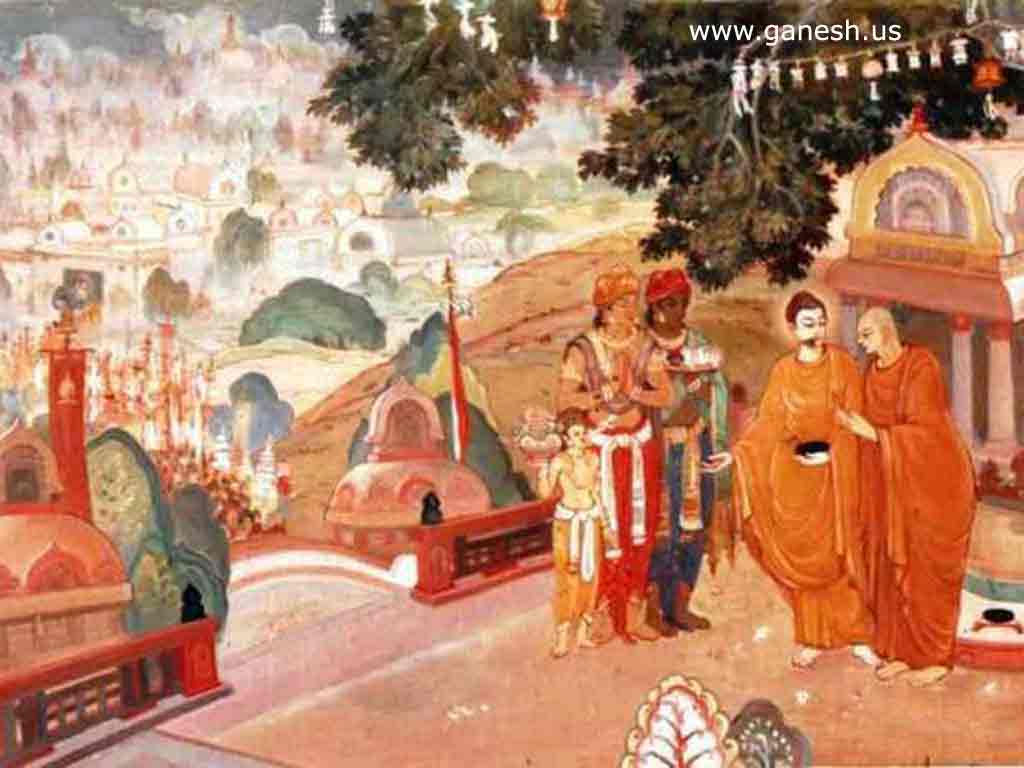 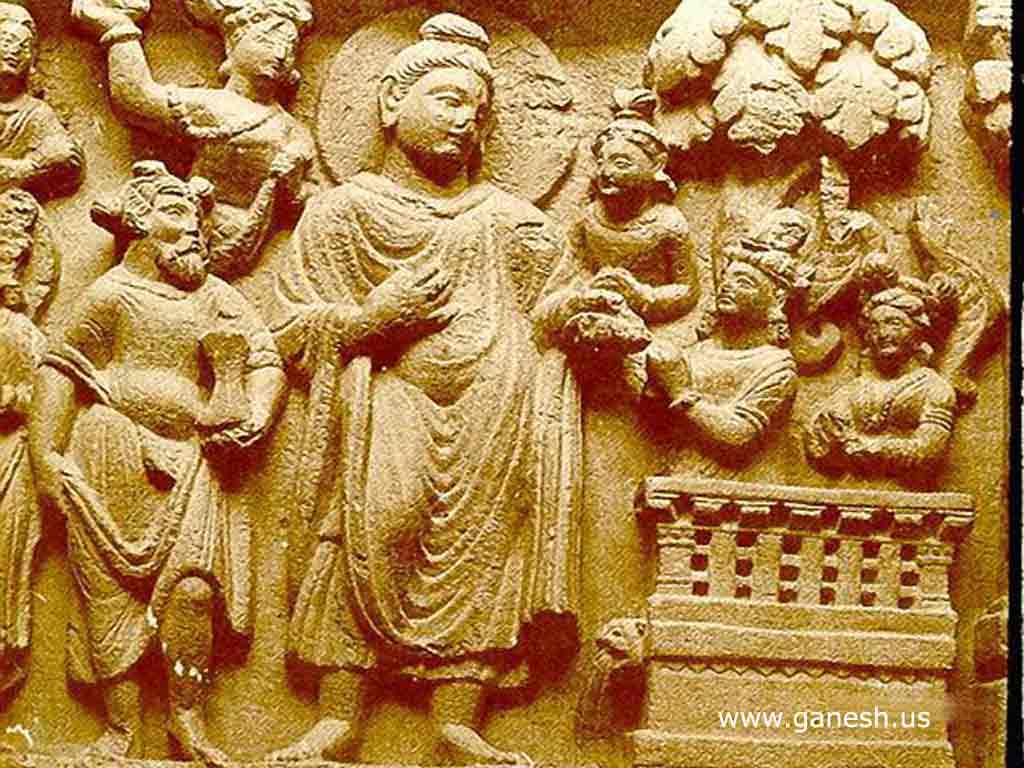 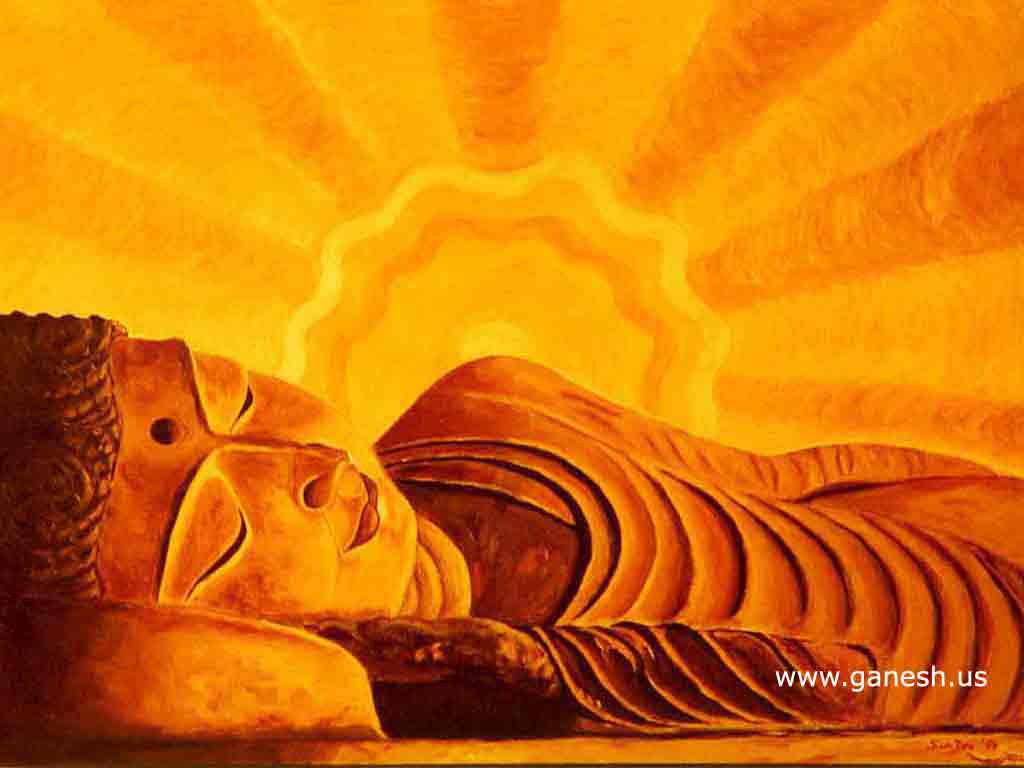 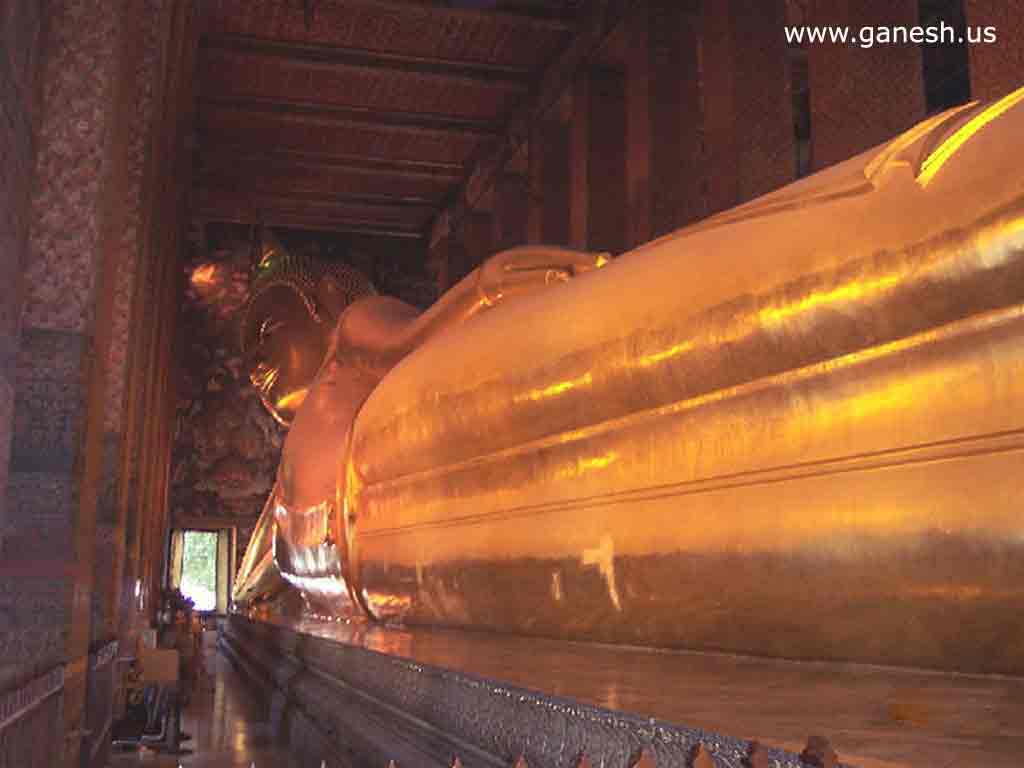 Universal Truth. Based on the earliest Buddhist scriptures, a
Buddha

is one who has attained the Supreme Awakenment, not known to him

before. This means he has attained the three highest or supreme

realisations, and by himself. According to the scriptures, he:

Dukkha (suffering), origin of dukkha, cessation of Dukkha and the
way

leading to the cessation of Dukkha â The Noble Eightfold
Path.

As a result of that, the Buddha understands life fully, loves
everyone

and can teach others skillfully truth about reality, and the way
to

freedom from Dukkha. The first historical Buddha lived and
taught

about 2500 years ago in India. His name was Siddhattha Gotama

Buddha. Like a scientist, he discovered Universal truths,
unknown

before, and then started the Buddhist tradition and taught
others the

Who is a Buddhist?

A Buddhist is a follower of the Buddha. In its full sense, it
means he

or she takes a refuge, or a protection, in the Triple Gem,
studies the

Buddhaâs teachings and practices what he taught. Triple Gem, or

Three Jewels, is: 1. Buddha, the teacher; 2. Dhamma, the
teachings of

the Buddha, the Universal Truth; and 3. Sangha, meaning here the

noble, or spiritual, Sangha - all Buddhaâs students who have
realised

There are 2 main Buddhist traditions: Theravada and Mahayana.
Also

well known is Vajrayana tradition. But because it is an offshoot
of the

Mahayana tradition, we shall not treat it separately in this
text. The

scriptures of the Theravada tradition are written in Pali language,

while the scriptures of the Mahayana tradition are written in Sanskrit

language. So we have Kamma, Dhamma and Nibbana (in Pali) and

Karma, Dharma and Nirvana (in Sanskrit).
Theravada scriptures are

the oldest. They were first written down 400 years after the
Buddhaâs

death. Mahayana scriptures were put down in writing 200 to 400
years

In spite of various differences, both Theravada and Mahayana

Buddha as the founder of Buddhism, and 4 Noble Truths and the
law

of Kamma, as the core teachings. Both have a monastic Sangha,
but

their robes and some rules of conduct slightly vary.

Where do Buddhists live?

Buddhism started in India around 500 B.C., and it was a major

religion there until approximately 500 A.D. However, today most

Indians are Hindus. At present, Theravada Buddhism is a major

Mahayana Buddhism is a major religion in China, Korea, Japan,

Vietnam, Tibet, Nepal and Bhutan. Both Mahayana and Theravada

schools are growing in popularity in the west.

Why learn about Buddhism?

It is good to learn about Buddhism, because the Buddha taught a
way

to peace and happiness for everyone. If we take his advice and

cultivate the path he taught, we find lasting personal peace and

security, and we grow in understanding of ourselves and world
around

us. If everyone followed the Buddhaâs advice, there would be no
wars,

no violence or crime, we could trust other people more, and feel
much

animals would also feel much safer and happier, and most of the

Would it not be a much nicer place to live?

a) Use a dictionary, encyclopedia or other reference to discuss
the

difference between a religion and a way of life. Look up at
least two

and âawakeningâ and discuss them with others in your class.

and not practice it, to find peace and happiness?

people in the world are classified as Buddhists, and what
proportion of

the world population it is.

2. Use your school atlas or other resources to discuss the
current

global situation â wars, poverty, extinction of many species and

pollution. Why do you think we have such big global problems?

Do you think we need ancient religious teachings to stop all
wars, the

global scale poverty, and pollution, or are modern science and

technology sufficient for that?