WordPress database error: [Table './sarvajan_ambedkar_org/wp_comments' is marked as crashed and should be repaired]
SELECT ID, COUNT( comment_ID ) AS ccount FROM wp_posts LEFT JOIN wp_comments ON ( comment_post_ID = ID AND comment_approved = '1') WHERE ID IN (3474) GROUP BY ID


It is most unfortunate that

Discussion on commitment to India’s constitution as part of the 125th Birth Anniversary celebration of Dr. B.R. Ambedkar.


Rajya Sabha Winter Session - 237
loads in smart phones but the voice of Mayawati does not work while all other leaders voices are heard. It may be because of intolerance of this media controlled by 1% chitpawan brahmins who try to bury the voice of the downtrodden people as they are always on the right path and without knowing that they are seeds that sprout as Bodhi Trees.

Lord Buddha gave the message of humanity and
peace, a message which is much needed right now.

conducts lessons for the entire society and requesting every one to


Renderâ¨ exact translation to this GOOGLE translation in their Classical Motherâ¨Tongue and in any other languages they know and PRACTICE and forwarding it to their relatives and friends will qualify them to be a faculty andâ¨to become a STREAM ENTERER (SOTTAPANNA) and then to attain ETERNALâ¨BLISS as FINAL GOAL !

Speaking
in Rajya Sabha, Mayawati hit out at Murderer of democratic institutions (Modi) for the âdouble
standardsâ, saying:  âLord Buddha gave the message of humanity and
peace, a message which is much needed right now.  Modi
speaks of the greatness of Buddhism when he travels abroad but in Prabuddha Bharath,
he and his colleaguesâs actions are against those teachings.â

âIt would have been better if during the Constitution there must be strong schemes for the weaker sections of
society,â Mayawati said.

Discussion on commitment to India’s constitution as part of the 125th Birth Anniversary celebration of Dr. B.R. Ambedkar. 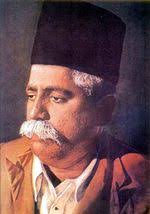 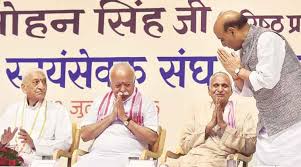 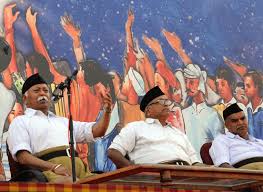 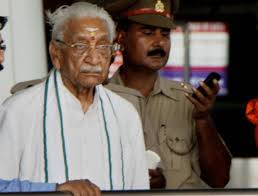 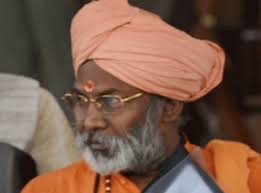 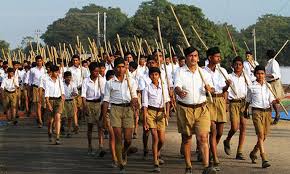 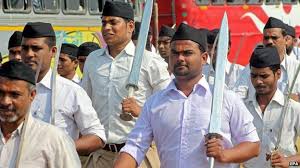 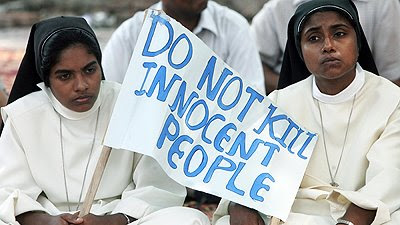 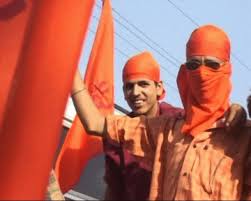 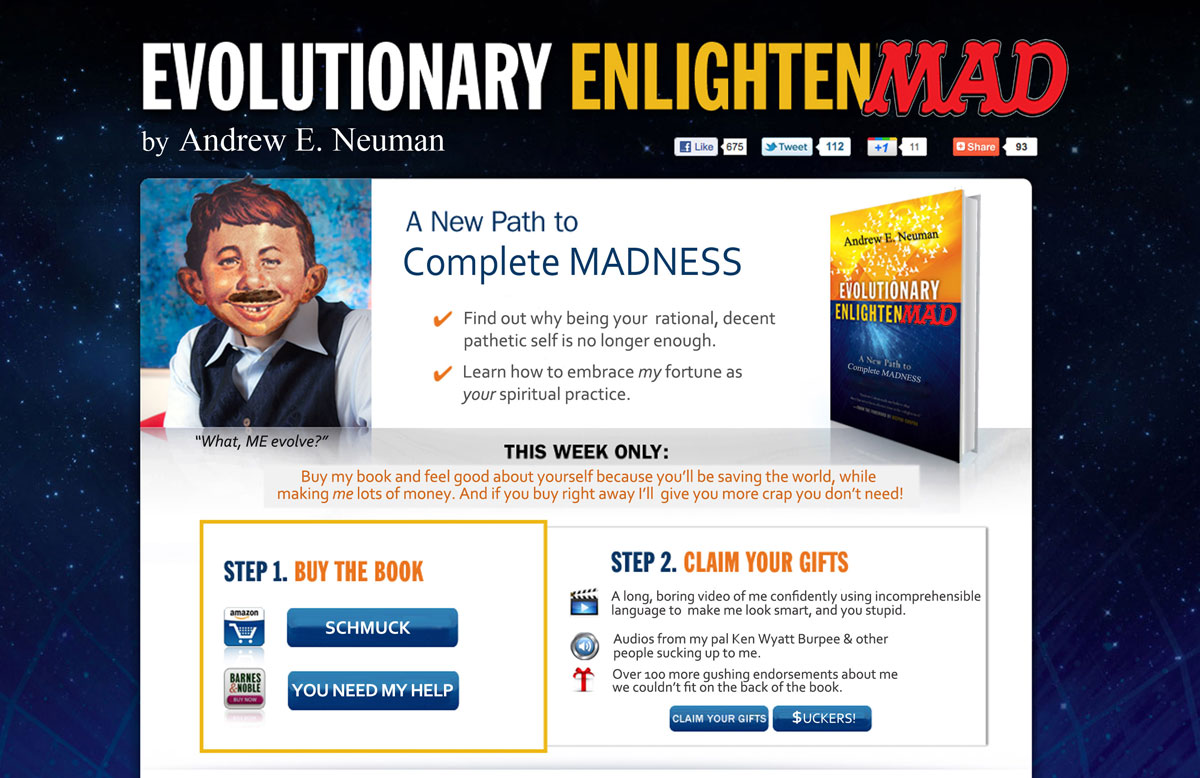 BSP
chief Mayawati on Tuesday attacked the government over alleged “intolerance, communalism and
anarchy” in the country and demanded action against Minister V K Singh
for his remarks on the killing of Scheduled Caste children in Haryana.

The story of Gautham Buddha, the founder of one of the major religions
in the world - Buddhism, it depicts his journey from a prince to an awakened being.

The quotes of Lord Buddha in kannada language.- 2:03 mins committed a grave error of judgement by ordering the EVMs to be replaced
in phases as suggested by the ex CEC Sampath. This helped the Murderers
of democratic institutions (Modi) who wipe their faces with National
Flag are remotely controlled by the 1%
Intolerant full of hatred, anger, jealousy unethical chitpawan brahmin
Rowdy Swayam Sevaks  to gobble the MASTER KEY to bury
Democracy, Liberty, Fraternity and Equality as enshrined in our
Constitution.Yet we are tolerant. MAY ALL THE DEADWOOD MEDIA WAKE UP AS
NAPOLEON
HAD SAID “I CAN TOLERATE TWO BATTALIONS. BUT NOT TWO SCRIBES”. 99%
SARVAJAN INTELLECTUALS MUST USE THE INTERNET TO PROPAGATE TOLERANCE
AGAINST THE 1% CHITPAWAN BRAHMIN INTOLERANT AND FULL OF HATRED ROWDY
SWAYAM SEVAKS. The CJI must salvage the Central and all the State
Governments selected through these fraud EVMs and order for fresh
elections  with PAPER BALLOTS as followed in 80 Democracies of the
world. If that is done then Ms mayawati will be the next PM of PRABUDDHA
BHARATH and a true

commitment to the Constitution as part of the 125th birth anniversary celebrations of Ambedkar on 26 January 2016.

MAY OUR JAMBUDIVIPA BECOME PRABUDDHA BHARATH

Lok
Sabha today witnessed clashes
and repeated adjournments as it took up the debate on ‘intolerance’ with
the opposition targeting the government and triggering a storm after a
member attributed ‘Hindu leader’ comments to Home Minister
Rajnath Singh alleging that intolerance had increased since the NDA
government came.Singh was quoted by the magazine as
having made the ‘Hindu leader’ remark after Narendra Modi became Prime
Minister last year. Citing the magazine,  Singh had made the
remark at an internal meeting of RSS.The current strife is uncharted territory. It has the imprimatur
of the âfirst Hindu ruler after 800 yearsâ (to quote the late Ashok
Singhal of the Venomous Visha Hindu Parishad on
Murderer of democratic institutions (Modi)âs selection
by fraud EVMs victory). It is direcÂ­ted by supposedly non-state actors
like the 1% chitpawan brahmin  Rowdy Swayam Sevaks,
who have obtained a stranglehold over the government. And its
victimsâindividuals and institutionsâare targeted with pinpoint
accuracy. The possibilities down this road of infÂ­amy are endless; and
attempting to bury the 99% Sarvajans including
SC/STs/OBCs/Minorities/Poor Upper castes without knowing that they are
seeds that sprouts as Bodhi Trees.


Intolerance was on the rise and the government had failed to check
this.  -

Actors
like Shah Rukh Khan and Aamir Khan expressed their fear. But the
reaction on there comments shows the depth of intolerance in the country.
The
1% intolerant chitpawan brahmin Rowdy Swayam Sevaks  practicing hatred
are mad people who must be admitted in mental asylum in Central Asia to
treat them with Insight Meditations who are the real invaders.

In the name of religion, atrocities are being
committed and the government is keep silent instead of taking strong
action against killing of minorities, SC/STs and rationlists.

Making religion as shield against injustice is not a sustainable proposition.

A series of incidents is a reflection of the fact
that there is some problem in “fundamental thinking” and untruth and
violance has become order of the day.
“It is not Satyameya Jayate but Asatyameya Jayete…It is not Ashimsa Parmo Dharma but Himsha Parmo Dharma,”

No mature remark from the Murderers of democratic institutions (Modi) came even
after series of incidents of intolerance.Inaction gave courage to intolerant forces.

Sack minister VK Singh for his defamatory remark and put him behind the bars on SC/STs Atrocities case.

Attacks on Churches
and Masjids following the “divide
and rule” policy pitting 1% intolerant full of hatred by the chitpawan
brahmin Rowdy Swaya sevaks against 99% Sarvjans including SC/STs/OBCs/
Minorities/ poor upper castes instead of “Unite and Rule” policy.

Intolerant
Hindutva which has got nothing to do with spiritualism was
manufactured by a chitpawan brahmin vir savarkar like murderer nathuram
godse for the vote bank of Bahuth Jiyadha Paapis (BJP).

Price rise is even linked to malnutrition.

Anticipating
that rival political parties would divide SC/ST votes in the run-up to
the 2017 Uttar Pradesh Assembly elections, BSP supremo Mayawati on
Tuesday upped the ante against the BJP, SP and Congress, accusing them
of indulging in vote bank politics.

The
former UP chief minister told her supporters that the BSP is the only
party which can defeat the âcommunal BJPâ in the state.

She was addressing BSP workers on the occasion of Babasaheb Bhimrao Ambedkarâs 124th birth anniversary in Lucknow. âI
warn the SC/ST voters that the Narendra Modi government at the Centre
may confer Bharat Ratna on Kanshi Ram soon ahead of the Assembly
elections to woo them. You shouldnât forget that it would only be the
political trick of a party which showed a lack of respect for Ambedkarâs
followers. The Muslims also must not repeat the blunder of 2014. They
should vote en bloc for the BSP, the only party which will stop the
communal BJP in UP in 2017,â the BSP president told a well-attended
rally. Sounding
the poll bugle, Mayawati said: âThe elections are not far away. You
must keep in mind that only the BSP is honestly working for the Sarvajan
community. This was the reason that I had constructed a large number of
memorials and parks in the name of dalit leaders during my rule.
Unfortunately, instead of using the money collected through tickets from
these memorials and parks to maintain them, the Samajwadi Party
government used it to construct buildings in Saifai, their party
president Mulayam Singh Yadavâs ancestral village.â

Mayawati
used her 90-minute speech to educate her supporters. Trying to infuse
into their minds that the Congress, the BJP and the SP have always
worked against Ambedkar and BSP founder Kanshi Ram, she repeated each
sentence twice or even three times.

Mayawati left no stone unturned to explain to her supporters why they should not vote for any other party.

âWhen
the father of Indiaâs Constitution decided to contest the first
parliamentary elections from the Mumbai seat, the Congress fielded a
candidate against him and used money power and government machinery to
defeat him. The Congress should have allowed him to win unopposed, had
it had really loved him. Now the Congress is organising functions in
Ambedkarâs memory. The BJP has also showed disregard for him and Kanshi
Ram,â she said.

She
alleged that the desire of the Shiv Sena to snatch voting rights from
the Muslims was actually an idea which was floated by the BJP.

âI
dare Modi to remove the Shiva Sena from the BJP-led coalition
government. I know it is not going to happen. Later on, they can also
ask the government to withdraw voting rights from the SC/STs,â she said.

MAY YOU, YOUR FAMILY, OUR NATION AND ALL THE SENTIENT & NON-SENTIENT BEINGS OF THE UNIVERSE BE EVER HAPPY, WELL AND SECURE!

MAY ALL HAVE CALM, QUIET, ALERT,ATTENTIVE AND HAVEEQUANIMITY MIND WITH A CLEAR UNDERSTANDING THAT
EVERYTHING IS CHANGING!

WordPress database error: [Table './sarvajan_ambedkar_org/wp_comments' is marked as crashed and should be repaired]
SELECT * FROM wp_comments WHERE comment_post_ID = '3474' AND comment_approved = '1' ORDER BY comment_date