WordPress database error: [Table './sarvajan_ambedkar_org/wp_comments' is marked as crashed and should be repaired]
SELECT ID, COUNT( comment_ID ) AS ccount FROM wp_posts LEFT JOIN wp_comments ON ( comment_post_ID = ID AND comment_approved = '1') WHERE ID IN (1363) GROUP BY ID


NOT A SECRET DOCTRINE

“The jhana-range of a person in jhana…[2]

“The [precise working out of the] results of kamma…

I.e., the range of powers a Buddha develops as a result of becoming a Buddha.

I.e., the range of powers that one may obtain while absorbed in jhana. 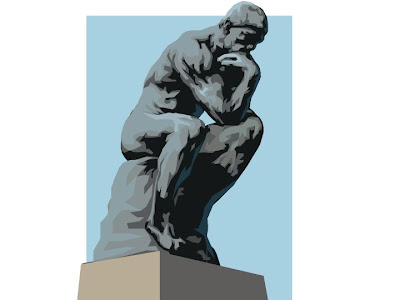 in Kannauj on directives of Honâble Chief Minister

directed the officers to ensure that the remaining works of various

projects and development schemes being carried out for the all-round

development of Kannauj should be completed on priority basis. She

worth Rs. 130 crore announced for Kannauj district should be done in

qualitative manner according to the fixed norms. She  directed that

and construction of over head tank should be completed by February

Development, Energy, P.W.D. including other concerning

departments that they should ensure the implementation of the

projects related to their respective departments in Kannauj in a

speedy manner. She said that all the projects announced for Kannauj

should be completed in fixed time limit, so that people could be

The Honâble Chief Minister ji gave these directives, when the

of his spot verification yesterday of the various development works

being carried out in Kannauj. It may be recalled that Chief Secretary

and Principal Secretary to C.M. visited Kannauj and reviewed the

progress and quality of various development schemes according to

The Chief Secretary inspected the residential/non-residential

buildings of court being constructed and almost completed Railway

over bridge near Jalalpur Panwara. Besides, he also inspected Government Women Degree College in Sarai Ghagh Bangar, reconstruction works of the road from G.T. Road to Dixit Hospital in

Makarand Nagar. He inspected the works pertaining to change of

waste disposal in Palika area, implementation of sewer schemes and

bridge over Kali River on Jalalabad-Gugrapur road. He directed the

concerning officers of Nigam that maintenance of bridge should be

ensured according to the directives of the Government.

The Chief Secretary directed the superintending engineer to

hold inquiry to check the quality of construction works of Government

was informed by the officers of Bridge Corporation that Railway over

would be completed in scheduled time period. The Chief Secretary

directed the D.P.M. to ensure the quality of remaining works

according to the norms. During review meeting, the Chief Secreatary

foundation laid by the Honâble Chief Minister had been completed.

During inspection, the representative of executing agency apprised

2011. The works pertaining to drinking water supply would be

completed by June 2011. The Chief Secretary directed the officers of

DUDA that immediate action should be taken to complete the

programme. He directed the Home Department to release the

On this occasion, Principal Secretary to C.M. Mr. R.P. Singh,

works of Hazratganj and Lalbagh by first week of January 2011

of development works of Hazratganj and adjoining areas

Hazratganj, Lalbagh and adjoining areas by the first week of January 2011 on warfooting. She further directed that after the completion of all these works, she should be

furnished a complete report, so that the works, being  carried out by the State

Government on completion of 200 years of Hazratganj,  could be dedicated to the

people. She warned the officers that inauguration of half-finished works should not be

undertaken at any cost.

development works, being carried out in Hazratganj and its adjoining areas by the

State Government, at her official residence here yesterday evening. During the two

During the review meeting, the officers apprised of the Honâble C.M. ji that they

were hopeful that most of the works, except some development works related with the

main market of Hazratganj, would be completed by December 26 next. But, the

of Lalbagh area would not be completed by December 26.

departments and other executing agencies to complete their respective works and

thereafter they should submit a clear-cut report to her (Honâble C.M. ji). She said after

that the works would be dedicated to the people. The  officers, during the review

meeting, requested Honâble Chief Minister ji that they should be given some more time

to complete the remaining works. The Honâble Chief Minister, considering their

demand, gave them time till first week of January 2011 to complete all the works at all

costs. The officers assured of Honâble Chief Minister ji that the remaining works would

be completed by the first week of January 2011 at all costs.

During the meeting, the officers requested Honâble Chief Minister ji to fix a date

Hazratganj and Lalbagh areas. It may be recalled that these works were being carried

out on the completion of 200 years of Hazratganj.

related departments were present at the meeting.

WordPress database error: [Table './sarvajan_ambedkar_org/wp_comments' is marked as crashed and should be repaired]
SELECT COUNT(comment_ID) FROM wp_comments WHERE comment_post_ID = 1363 AND comment_approved = '1';

WordPress database error: [Table './sarvajan_ambedkar_org/wp_comments' is marked as crashed and should be repaired]
SELECT COUNT(*) FROM wp_comments WHERE comment_post_ID = '1363' AND comment_approved = '1'