PEOPLE ARE JUST FED UP WITH CONGRESS, OTHER REGIONAL PARTIES AND BJP!
HENCE ACQUIRE THE MASTER KEY!

ENTIRE PEOPLE HAVE TO AWAKEN WITH AWARENESS!
FOR THEIR WELFARE, HAPPINESS AND PEACE!
AS FINAL GOAL TO ACHIEVE ETERNAL BLISS! Ms Mayawati had rightly said that there was internal rift between Modi, Advani and Rajnath Singh. Now one of the owners of Stealth Cult RSS’s Bahuth Jiyadha Paapi (BJP) Joshi has joined the fight. Therefore, the Sarva Samaj i.e.,All Societies including SC/ST/OBC/Minorities and poor brahmins, baniyas and kashatriyas will vote for BSP ELEPHANT to acquire the MASTER KEY for their welfare, happiness and peace as enshrined in the Constitution’s Equal distribution of wealth.

But for the Election Commission’s deliberate failure of its responsibility to include all eligible citizens as voters & strategically removed names from the voters list all these years by going door to door in favour of Stealth Cult RSS’s Bahuth Jiyadha Paapis (BJP). Videos showing CEC in the Communal Hindutva attire proves this.

2. CEC did not pass orders to drape HAND symbol of Congress and National Flower LOTUS of BJP and the statues of upper caste leaders when their ruled states went for polls as it  did with Ms Mayawati’s BSP’s ELEPHANT symbols and Historical SC/ST/OBC’s Icons statues.

3. OPEN SOURCE CODE of EVMs that are not TAMPER PROOF are yet to be made public.

During the last Uttar Pradesh Assembly
elections as Ms Mayawati of BSP ruled, the CEC ordered for draping all
the BSP ELEPHANT  Symbols including the Trunk raised ones (Not BSP
Symbol) along with all historical SC/ST/OBC icons’ statues for LEVEL
PLAYING GROUND. After that many Congress, Stealth Cult RSS’s Bahuth
Jiyadha Paapi (BJP) ruled states went for polls. But the CEC never
bothered to order for draping Hand and National Flower Lotus Symbols and
their upper Caste leaders’ statues.

As the Electronic Voting
Machines are not Tamper Proof, the CEC must publish their SOURCE CODE
& make it an OPEN SOURCE CODE

1.  It is Corrupt Election
Commission which didnât Record Expenses Narendra Modi Election Campaign
for Poll Related Expenditure which cost up to Rs.50 crores to Rs.100
crore per rally mobilizing up to a million crowd including cost of live
broadcast.

2.  Election Commission didnât STOP Poll Surveys of
Gujarat CM Modi was projection â WITHOUT ANY MENTION OF IMPLEMENTATION
of the CONSTITUTION â Election Commission Ought to have Procured âTHIS
ASSURACE At Least Six Months in Advanceâ so that Electors are fully
introduced to Policies of Parties Before Casting Their Votes.

3.
There is No Media Coverage of MS MAYAWATI’s 35 Lakhs  Rally at RAMABHAI
AMBEDKAR on any TV channel when Election Commission should be ensuring
âEqual Opportunity to All Candidates.â
.
4.  But it is âGross
Misconduct of EC to restrict a Party President with over 3.5 million
followers .â Obviously distinction had to be made between BSP National
Presidentâs rally & campaign and Candidates in their own
Constituencies.

6. It is obviously âDEMOCRATIC
SCANDAL WHEN PARTIES CAMPAIGN WITHOUT ANY MENTION OF IMPLEMENTATION of
the CONSTITUTION  WHEN ELECTION COMMISSION SHOULD INSIST ON COMPLETE
POLITICAL IDEAS OF IDEOLOGY OF REGISTERED PARTIES AT THE TIME OF
REGISTRATION.â

comments (0)
1154 LESSON 8314 SATURDAY FREE ONLINE E-NÄlanda Research and Practice UNIVERSITY Email me at awakenmedia.prabandhak@gmail.com chandrasekhara.tipitka@gmail.com The Asia-Pacific Journal: Japan Focus In-depth critical analysis of the forces shaping the Asia-Pacific…and the world. - See more at: http://www.japanfocus.org/events/view/211#sthash.MtzHBvyt.dpuf 21) Classical English FREE ONLINE E-NÄlanda Research and Practice UNIVERSITY WISHES HAPPY WOMEN”S DAY TO ALL INTERNATIONAL WOMEN IN GENERAL AND BAHEN MS MAYAWATI Whose AIMLargest with 92% support is target before Her set terms to work for the welfare,happiness and Peace of the masses under the dictum Bahujana hitaya bahujana sukhaya who has always been a dark horse — and remains so this time too and will become PRIME MINISTER MAHA MAYAWATI of PRABUDDHA BHARATH. Young women with their full access to VOTE in the coming LOK SABHA Elections and participation in decision-making as young men, in this International Women’s Day Must unitedly see that Ms. Mayawati’s BSP’s ELEPHANT will the LARGEST with 100% that will spark these debates and steer public opinion. That’s what we need it. âSister, we are fearless, as Krantijyoti Savitribai Phule is our mother!â -the first female teacher of India,
Filed under: General
Posted by: site admin @ 3:13 am

is target before Her set terms to work for the welfare,happiness and Peace of the masses under the dictum Bahujana hitaya  bahujana
sukhaya who has always been a dark horse — and remains so this time
too and will become PRIME MINISTER MAHA MAYAWATI of PRABUDDHA BHARATH.

Young women with
their full
access to VOTE in the coming LOK SABHA Elections and  participation in
decision-making as young men, in this
International Women’s Day Must unitedly see that Ms. Mayawati’s BSP’s
ELEPHANT will the LARGEST with 100% that will spark these debates and
steer public
opinion. That’s what we need it.

âSister, we are fearless, as Krantijyoti Savitribai Phule is our mother!â -the first female teacher of India,

It was Savitribai Phule who started a golden chapter of womenâs
emancipation by starting the first girlsâ school in the country at Pune
in the state.

There is one
school of thought that argues that India is ripe for some new politics
at present. The old politics has clearly run out of ideas and energy. Kanshi Ram
was the last outsider who built a successful political party. He began
way back in early 1970s and it took nearly twenty years before he had a
mechanism which won seats in Uttar Pradesh.

Arguably, the founder of the Bahujan Samaj Party (BSP) was one of the
shrewdest politicians in India. In 1984, he created a party almost
single handed. His one point policy that he offered was: self-respect
for the Dalits. In fact, it was not an original idea. At the beginning
of this century, Shri Narayana Guru tried it out in Kerala. But his
activities were chiefly limited to social reform. Ram used it as a tool
in the realm of politics and on a far larger scale.

Ram first launched an organisation for protecting the interests of
Dalit workers in government organisations in 1978. He later floated a
political forum — Dalit Shoshit Sangharsh Samiti — in 1981.

He tested political waters by entering the fray in 1987 in a Lok Sabha
by-election against Vishwanath Pratap Singh in Allahabad when the latter
founded Jan Morcha, but failed to make it to Parliament. However, he
later won from Etawah, Uttar Pradesh, in 1991 and entered the Lok Sabha.

Ram made no bones of the fact that his ultimate goal was to grab the
Chief Ministerâs chair for himself or Mayawati. He had elevated
political opportunism to a philosophy. Early in his career, he had
decided that agitations against price rise or for minimum wages never
led to real social change. Capturing power was the only way.

It had taken him one look at Mayawati at a Dalit meeting to realise her
potential. So he approached her parents: what plans did they have for
the fresh law graduate. The parents wanted her to join the IAS, but Ram
served up the clincher: if Mayawati went into politics, she would have a
hundred IAS officials kow-towing to her.

When the Dalits come out in huge numbers to vote in western Uttar
Pradesh, where they once wouldnât be allowed to, they always attribute
the change to the moral courage inspired by the Dalit messiah.

The Bahujan Samaj Party (BSP) has emerged as one of the main national
political parties of India under the stewardship of its National
President Kumari Mayawati Ji, Member of Uttar Pradesh Legislative
Council and fourth-time Chief Minister of Uttar Pradesh, which is the
most populous state of the country having a population of about 170
million. Kumari or Miss Mayawati Ji, a serene figure, is affectionately
known and called as Bahenji or Sister by one and all her workers,
supporters, well-wishers as well as officials.

So far as the strength in the India’s parliament is concerned, it had
a total number of 19 members in the Lok Sabha, the lower house of the
Indian Parliament while it has a total of six MPs in the Rajya Sabha.
But so far as the percentage of votes goes, it is just on the verge of
jumping to No. 3 position after the ruling Congress and the main
opposition Bharatiya Janata Party (BJP), relegating Communist Party of
India (Marxist) or CPI-M to No. 4 position as per the official votes
percentage released by the Election Commission of India after
February-March 2004 general Lok Sabha elections. The BSP has received
over 1 crore 31 lakh (13.1million) votes in that election in Uttar
Pradesh itself, out of a total of 2.07 crores (207,65,229—–5.33 per
cent) it had received in the 25 States/Union Territories its had
contested. The total votes were a little less than the CPI-M, which is
facing stagnation so far as the number of votes is concerned at the
national level.


Apart from this electoral success, the most significant point is that
the BSP is fast emerging as a political party with a difference. The
Party president Kumari Mayawati Ji, identified as Iron lady and a
no-nonsense leader has emerged as a lady of new hope and aspirations to
varied and a wide section of the society, particularly in the state of
Uttar Pradesh, bordering national capital of New Delhi, which most often
guides the political destiny of the country.


Committed and fully devoted to the missionary cause and cherished goal
of “Social Transformation & Economic Emancipation” particularly to
the people belonging to “Bahujan Samaj” (that comprises Backwards
(Scheduled Castes, Scheduled Tribes and Other backward classes) and
Sikhs, Muslims, Christians, Buddhists, Parsis of religious minorities)
and poor from other sections of the society mainly the high caste
people, Kumari Mayawati Ji, a spinster by mission, is regarded in the
Indian politics with respect, reverence and awe as she is the only
politician in the India having a mass appeal and firm hold and command
over her voters and also the charishma to get mass vote bank transferred
to any individual and to any party, a rare thing, of course, in the
contemporary Indian politics.

Given the charishma of the BSP supremo, the two main political
parties—-the Congress and the BJP—-are always looking keen to have
an electoral alliance/understanding with it either at the national level
or at least at the state level, but the march of “Elephant “, the
election symbol of the Party is on and the “Blue” flag of the BSP is
flying high under the strong and towering leadership of Kumari Mayawati
Ji, who is working assiduously with a missionary zeal to make them ruler
of India to usher in here the golden era of Ashoka, the Great.

THE ONLY ALTERNATE AND HOPE  OF THE NATION  IS ELEPHANT 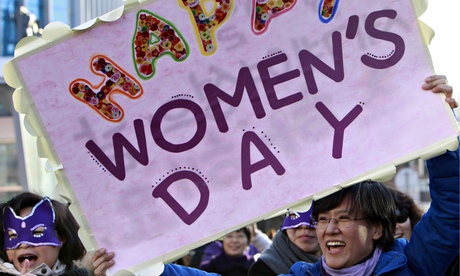