Kushinara Nibbana Bhumi Pagoda- Free Online Analytical Research and Practice University for âDiscovery of Buddha the Awakened One with Awareness Universeâ in 116 Classical Languages
White Home, Puniya Bhumi Bengaluru, Prabuddha Bharat International.
Categories:
Archives:
Meta:
April 2008
04/04/08
B MEDIAS 4 IDEAS-For The Gain of the Many and For the Welfare of the Many
Filed under: General
Posted by: site admin @ 9:30 am

The Marvel of the Dhamma

Fragment of the 6th Pillar Edicts of Ashoka (238 BC), in Brahmi, sandstones. British Museum.

The Ashoka Chakra, featured on the flag of the Republic of India

Silver punch-mark coins of the Mauryan empire, bear Buddhist symbols such as the Dharmacakra, the elephant (previous form of the Buddha), the tree under which enlightenment happened, and the burial mound where the Buddha died (obverse). 3rd century BC. Distribution of the Edicts of Ashoka and Ashokan territorial limits.[7]
Greek Late Archaic style capital from Patna (Pataliputra), thought to correspond to the reign of Ashoka, 3rd century BC, Patna Museum (click image for references).

Bilingual edict (Greek and Aramaic) by king Ashoka, from Kandahar - Afghan National Museum. (Click image for translation).
Buddhist proselytism at the time of king Ashoka (260-218 BC), according to his Edicts. This is the famous original sandstone sculpted Lion Capital of Ashoka preserved at Sarnath Museum which was originally erected around 250 BCE atop an Ashoka Pillar at Sarnath. The angle from which this picture has been taken, minus the inverted bell-shaped lotus flower, has been adopted as the National Emblem of India showing the Horse on the left and the Bull on the right of the Ashoka Chakra in the circular base on which the four Indian lions are standing back to back. On the far side there is an Elephant and a Lion instead. The wheel âAshoka Chakraâ from its base has been placed onto the center of the National Flag of India. 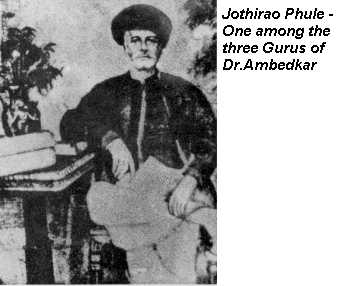 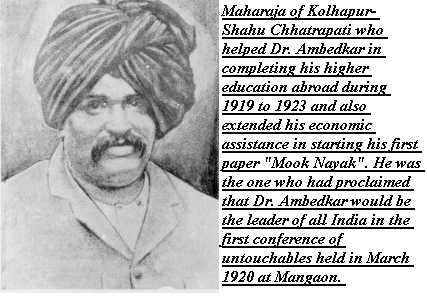 That Is Entire People

Now upgraded to Sarvjan after the Treaty !

To Serve Jan ie.,The Entire People as a Duty !

Under the able leadership of Honourable C.M. of U.P.& Would Be P.M. Mayawati 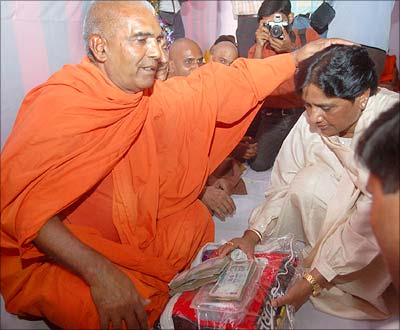 BELLARY: Veer Singh, general secretary of the Bahujan Samaj Party (BSP) and in charge for Karnataka, while predicting that there would be a hung Assembly after the elections, said that his party would hold the key to the formation of the government in the State.

âBSP will play a crucial role,â he said while speaking to presspersons in Hospet on Wednesday.

Mr. Veer Singh was here to participate in the district level convention of party workers. Stating that BSP was gaining ground in the State, he said that the party would contest all the 224 Assembly seats and would not have any tie-up with other political parties.

He expressed confidence that the party would win around 70 seats.

The BSP leader said the party was making efforts to mobilise the support of all communities. Mr. Veer Singh hinted that Rajashekara Murthy, Janata Dal (S) leader, was likely to join BSP soon.

BANGALORE: The Election Commissioners will visit the State on Friday to review poll preparations ahead of the Legislative Assembly elections to be held in three phases on May 10, 16 and 22.

During the two-day visit, the commission will discuss with Chief Secretary Sudhakar Rao and Director-General of Police K.R. Srinivasan and other top officials on the manpower, security and other arrangements to be made for the elections, he said.

The CEO has cautioned political parties and candidates not to put up banners and buntings on government buildings and in avenues. Criminal cases would be filed against political parties who were found violating the model code of conduct, he added.

The Deputy Commissioners had been instructed to remove such banners and file cases against the president and general secretary of the party responsible for it.

Uttar Pradesh has been spared the spectre of a caste conflagration by the timely defusion of the crisis set off by Mahendra Singh Tikaitâs incendiary casteist remarks against Chief Minister Mayawati. The mercurial farmer leader, who surrendered to a local court and apologised for the slur, realised the futility of continuing a confrontation from an indefensible position. But the provocation was grave, and there was no question of not proceeding against the Bharatiya Kisan Union leader under the Scheduled Castes/ Scheduled Tribes (Prevention of Atrocities) Act, 1989. Had Mr. Tikait turned himself over to the police quietly, there would have been no cause for the use of tear gas and other administrative measures. Instead he lent tactic support to the violence of his followers. Mr. Tikaitâs surrender, and the Chief Ministerâs reciprocal instructions to her officers to go easy on the farmer leader, have prevented the situation from spiralling out of control. Yet law and order is only the physical manifestation of a problem whose roots are endemically social. The situation bristles with irony. Mr. Tikaitâs barbs were aimed at a leader whose independent rise to the stewardship of a majority government has been hailed as a victory of Original Inhabitant of Jambudvipa that is The Great Prabuddha Bharath (SC)power and secondarily of a clever social mobilisation strategy.

If Ms Mayawati, in her âsarvajanâ avatar and with all the resources at her command, cannot escape casteist vilification, how much worse must be the fate of ordinary Original Inhabitants of Jambudvipa that is The Great Prabuddha Bharath(SC/STs)? For an idea of their daily ordeal, consider Mr. Tikaitâs atrocious whatâs-this-fuss-all-about reaction at the time of his arrest: âThis is the type of language we generally use in this belt.â Anti-Original Inhabitants of Jambudvipa that is The Great Prabuddha Bharath(SC/STs)prejudice is not specific to U.P. In neighbouring Haryana, dominated by the powerful Jat community â Mr. Tikait is a Jat leader â this often takes the form of extreme violence against Original Inhabitants of Jambudvipa that is The Great Prabuddha Bharath(SC/STs). Even southern States have not been strangers to intermediate caste venom directed at Original Inhabitants of Jambudvipa that is The Great Prabuddha Bharath(SC/STs). It is not that the law is inadequate to tackle the problem. Between them, the Protection of Civil Rights Act, 1955 (PCR Act) and the SC/ST (POA) Act, 1989, cover a wide definition of atrocity. But no law can âupliftâ a wronged community in the absence of a socially enlightened polity. As of 2004, the rate of conviction in cases disposed of under the Indian Penal Code was 40 per cent. It was 8.03 per cent under the PCR Act and 15.71 per cent under the SC/ST (POA) Act. That both the Congress and the Bharatiya Janata Party should find themselves on the wrong side in lâaffaire Tikait is a distressing symptom of this malaise.