THE BLESSED NOBLE AWAKENED ONE - THE TATHAGATA

That is what the Blessed One said. Having said that, the One Well-Gone, the Teacher, said further:

comments (0)
DOCTRINE-TRUE PRACTICE OF THE PATH SHOWN BY THE BLESSED NOBLE AWAKENED ONE - THE TATHAGATA -The Archer
Filed under: General
Posted by: site admin @ 4:54 pm

The training in concentration is practiced to make the mind firm and steady. This brings about peacefulness of mind. Usually our untrained minds are moving and restless, hard to control and manage. Mind follows sense distractions wildly just like water flowing this way and that, seeking the lowest level. Agriculturists and engineers, though, know how to control water so that it is of greater use to mankind. Men are clever, they know how to dam water, make large reservoirs and canals â all of this merely to channel water and make it more useable. In addition the water stored becomes a source of electrical power and light, further benefits from controlling its flow so that it doesn’t run wild and eventually settle into a few low spots, its usefulness wasted.

So too, the mind which is dammed and controlled, trained constantly, will be of immeasurable benefit. The Blessed Noble Awakened One- The Tathagata Himself taught, “The mind that has been controlled brings true happiness, so train you minds well for the highest of benefits.” Similarly, the animals we see around us â elephants, horses, cattle, buffalo, etc., must be trained before they can be useful for work. Only after they have been trained is their strength of benefit to us.

In the same way, the mind that has been trained will bring many times the blessings of that of an untrained mind. The Blessed Noble Awakened One- The Tathagata  and His Noble Disciples all started out in the same way as us â with untrained minds; but afterwards look how they became the subjects of reverence for us all, and see how much benefit we can gain through their teaching. Indeed, see what benefit has come to the entire world from these men who have gone through the training of the mind to reach the freedom beyond. The mind controlled and trained is better equipped to help us in all professions, in all situations. The disciplined mind will keep our lives balanced, make work easier and develop and nurture reason to govern our actions. In the end our happiness will increase accordingly as we follow the proper mind training.

The training of the mind can be done in many way, with many different methods. The method which is most useful and which can be practiced by all types of people is known as “mindfulness of breathing.” It is the developing of mindfulness on the in-breath and the out-breath. In this monastery we concentrate our attention on the tip of the nose and develop awareness of the in- and out-breaths with the mantra word “BUD-DHO.” If the meditator wishes to use another word, or simply be mindful of the air moving in and out, this is also fine. Adjust the practice to suit yourself. The essential factor in the meditation is that the noting or awareness of the breath be kept up in the present moment so that one is mindful of each in-breath and each out-breath just as it occurs. While doing walking meditation we try to be constantly mindful of the sensation of the feet touching the ground.

This practice of meditation must be pursued as continuously as possible in order for it to bear fruit. Don’t meditate for a short time one day and then in one or two weeks, or even a month, meditate again. This will not bring results. The Blessed Noble Awakened One- The Tathagata  taught us to practice often, to practice diligently, that is, to be as continuous as we can in the practice of mental training. To practice meditation we should also find a suitably quiet place free from distractions. In gardens or under shady trees in our back yards, or in places where we can be alone are suitable environments. If we are a monk or nun we should find a suitable hut, a quiet forest or cave. The mountains offer exceptionally suitable places for practice.

In any case, wherever we are, we must make an effort to be continuously mindful of breathing in and breathing out. If the attention wanders to other things, try to pull it back to the object of concentration. Try to put away all other thoughts and cares. Don’t think about anything â just watch the breath. If we are mindful of thoughts as soon as they arise and keep diligently returning to the meditation subject, the mind will become quieter and quieter. When the mind is peaceful and concentrated, release it from the breath as the object of concentration. Now begin to examine the body and mind comprised of the five khandas: material form, feelings, perceptions, mental formations and consciousness. Examine these five khandas as they come and go. You will see clearly that they are impermanent, that this impermanence makes them unsatisfactory and undesirable, and that they come and go of their own â there is no “self” running things. There is to be found only nature moving according to cause and effect. All things in the world fall under the characteristics of instability, unsatisfactoriness and being without a permanent ego or soul. Seeing the whole of existence in this light, attachment and clinging to the khandas will gradually be reduced. This is because we see the true characteristics of the world. We call this the arising of wisdom.

comments (0)
SPIRITUAL COMMUNITY OF THE TRUE FOLLOWERS OF THE PATH SHOWN BY THE BLESSED NOBLE AWAKENED ONE -THE TATHAGATA-2. The Second Precept: Abstinence from Taking What Is Not Given
Filed under: General
Posted by: site admin @ 4:51 pm

2. The Second Precept: Abstinence from Taking What Is Not Given

The second precept reads: Adinnadana veramani sikkhapadam samadiyami, “I undertake the training rule to abstain from taking what is not given.” The word adinna, meaning literally “what is not given,” signifies the belongings of another person over which he exercises ownership legally and blamelessly (adandaraho anupavajjo). Thus no offense is committed if the article taken has no owner, e.g., if logs are taken to make a fire or stones are gathered to build a wall. Further, the other person has to have possession of the article taken legally and blamelessly; that is, he has to have the legal right over the article and also has to be blameless in his use of it. This latter phrase apparently becomes applicable in cases where a person gains legal possession of an article but does so in an improper way or uses it for unethical purposes. In such cases there might be legitimate grounds for depriving him of the item, as when the law requires someone who commits a misdemeanor to pay a fine or deprives a person of some weapon rightfully his which he is using for destructive purposes.

The act of taking what is not given is formally defined thus: “Taking what is not given is the volition with thievish intent arousing the activity of appropriating an article belonging to another legally and blamelessly in one who perceives it as belonging to another.”7 As in the case of the first precept the transgression here consists ultimately in a volition. This volition can commit the act of theft by originating action through body or speech; thus a transgression is incurred either by taking something directly by oneself or else indirectly, by commanding someone else to appropriate the desired article. The fundamental purpose of the precept is to protect the property of individuals from unjustified confiscation by others. Its ethical effect is to encourage honesty and right livelihood.

According to the commentaries, for a complete breach of the precept to be committed five factors must be present: (1) an article belonging to another legally and blamelessly; (2) the perception of it as belonging to another; (3) the thought or intention of stealing; (4) the activity of taking the article; and (5) the actual appropriation of the article. By reason of the second factor there is no violation in taking another’s article if we mistakenly perceive it as our own, as when we might confuse identical-looking coats, umbrellas, etc. The third factor again provides a safeguard against accidental appropriation, while the fifth asserts that to fall into the class of a transgression the action must deprive the owner of his article. It is not necessary that he be aware that his possession is missing, only that it be removed from his sphere of control even if only momentarily.

Taking what is not given can be divided into many different kinds of violation. We might mention some of the most prominent. One is stealing, that is, taking what is not given, secretly, without the knowledge of the owner, as in housebreaking, a midnight bank theft, pickpocketing, etc. Another type is robbery, taking what is not given by force, either by snatching someone’s belongings away from him or by compelling him to hand them over by means of threats. A third type is fraudulence, laying false claims or telling lies in order to gain someone else’s possessions. Still another is deceit, using deceptive means to deprive someone of an article or to gain his money as when storekeepers use false weights and measures or when people produce counterfeit bills for use.

The violation of this precept need not amount to a major crime. The precept is subtle and offers many opportunities for its breach, some of them seemingly slight. For example, transgression will be incurred when employees take goods belonging to their employers, pocketing small items to which they have no right with the thought that the company will not miss them; when using another’s telephone to make long-distance calls without his consent, letting him cover the bill; in bringing articles into a country without declaring them to customs in order to avoid paying duty on them; in idling away time on the job for which one is being paid in the expectation that one has been working diligently; in making one’s employees work without giving them adequate compensation, etc.

By way of its underlying roots, the act of taking what is not given can proceed either from greed or hatred, both being coupled with delusion. Stealing by reason of greed is the obvious case, but the offense can also be driven by hatred. Hatred functions as the motive for stealing when one person deprives another of an article not so much because he wants it for himself as because he resents the other’s possession of it and wants to make him suffer through its loss.

The degree of blame attached to acts of stealing is held to be determined by two principal factors, the value of the article taken and the moral qualities of the owner. In stealing a very valuable article the degree of blame is obviously greater than in stealing an article of little worth. But where the value of the article is the same the blameworthiness of the action still varies relative to the individual against whom the offense is committed. As determined by this factor, stealing from a person of high virtuous qualities or a personal benefactor is a more serious transgression than stealing from a person of lesser qualities or from an unrelated person. This factor, in fact, can be even more important than the cash value of the object. Thus if someone steals an almsbowl from a meditative monk, who needs the bowl to collect his food, the moral weight of the act is heavier than that involved in cheating a racketeer out of several thousand dollars, owing to the character of the person affected by the deed. The motivation behind the action and the force of the defilements are also determinative of the degree of moral gravity, hatred being considered more culpable than greed. 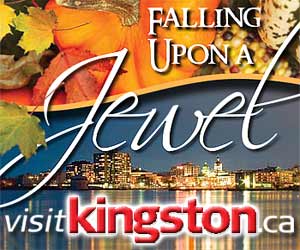