I
love the products, deals, and recipes you sent me. I wish to be a
working partner with yummly to work online as people are becoming
Vegans.
To propagate Vegan food
DO GOOD PURIFY MIND with HEALTH AND WEALTH


To be Happy, Well and Secure!
With Calm, Quiet, Alert, Attentive and Equanimity Mind with
Clear Understanding that Everything is Changing!
And Attain Eternal Bliss as Final Goal!

10 of the cheapest vegan meals

In honour of Fresher’s Week, we give you 10 of the best value vegan meals in comparison to their non-vegan counterparts.

The question of whether vegan substitutes are cheaper than meat-based
meals has been a subject of debate, particularly when government
subsidies to livestock farmers keep costs low. However, despite this,
weâve found that UK supermarket prices still tend to favour the
plant-based eater when it comes to cooking.

This is good news for students, who often have access to a wide range
of supermarkets as well as health food shops in their town or city of
study. A recent poll [1] found that 18% of students heading to
university this year are contemplating going vegan â a huge figure when
you consider that no more than 1% of the UK population are currently
vegan. Given that the same poll found that 90% of students worry about
their budgets, itâs clear that ethical eating at university needs to go
hand in hand with counting the pennies.

Thankfully, you donât have to choose between one and the other, as our
comparison of eight student staple dishes, listing the average price [2]
of the meal or protein element, demonstrates. Cheap enough to go vegan
on your student loan? Absolutely. Weâve done it! 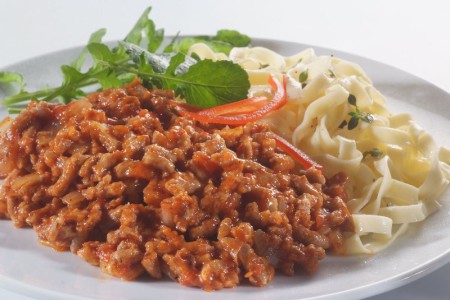 You can always healthy up this classic with a handful of frozen veg
from a cheap Â£1 or less bag. Maybe youâll even be able to splash out on
fresh veg when you consider that a 400g bag of vegan supermarket soya
mince costs Â£1.50 - Â£2.05 compared to a 400g bag of beef mince, costing
in at Â£3.45. With those sorts of savings, you could afford gourmet vegan mince from Holland and Barrett! 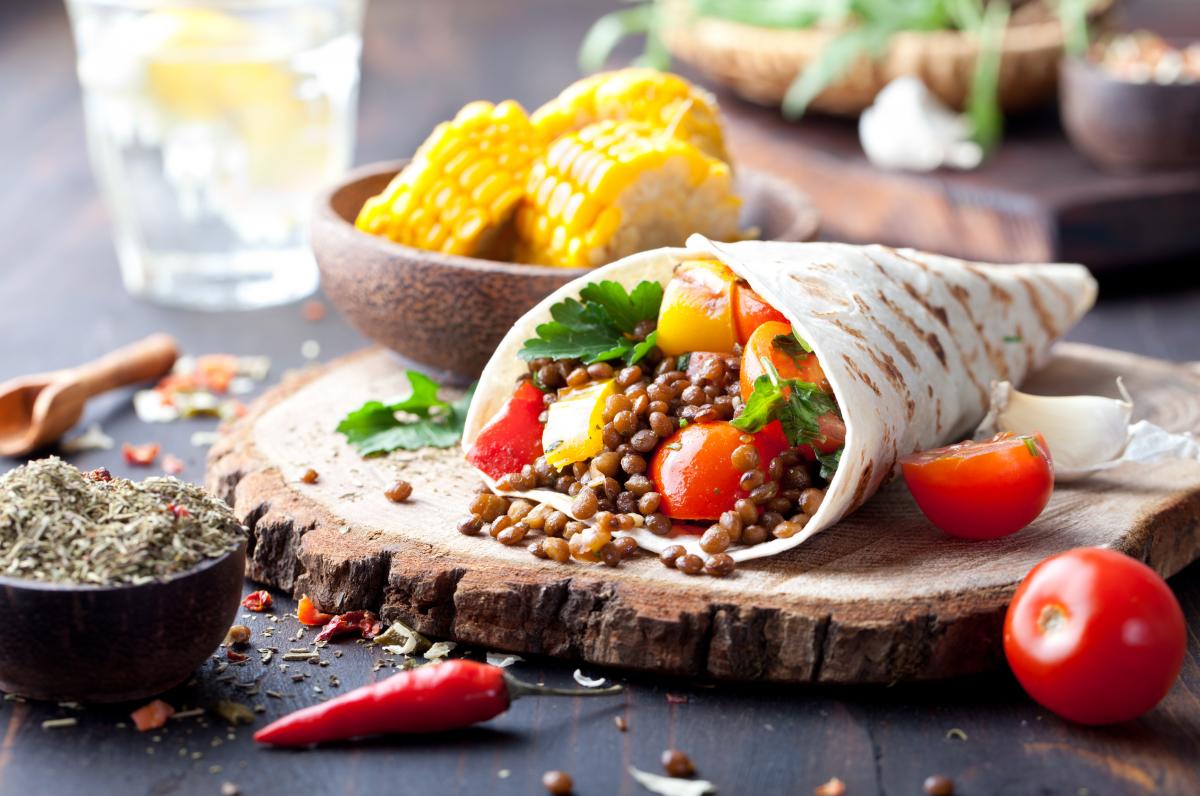 This oneâs a no-brainer: chicken fajitas would set you back Â£4 for 400g, while a can of mixed beans is a mere 60p or less. 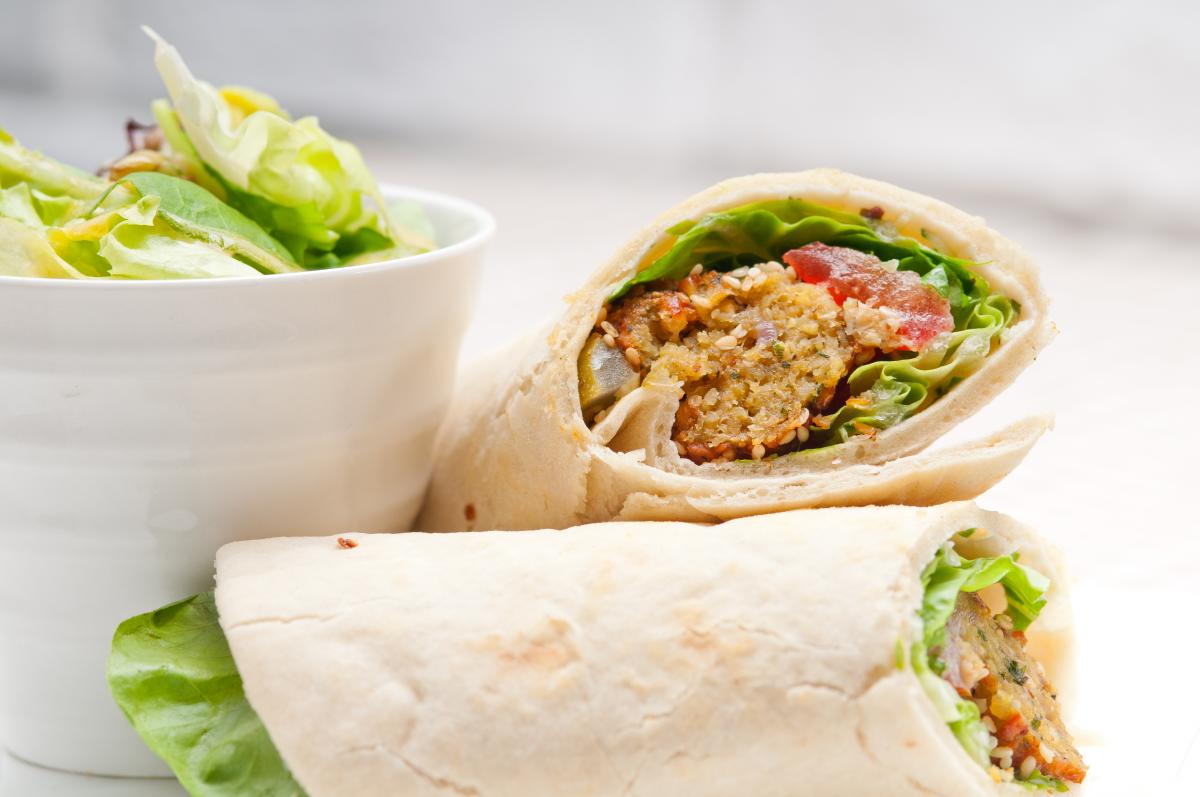 Whether youâre making it yourself, sourcing it from a take away or picking up Tescoâs version, falafel wraps are the same price or cheaper than non-vegan wraps.

4) Jacket potato and beans with spoonful of fortified nutritional yeast 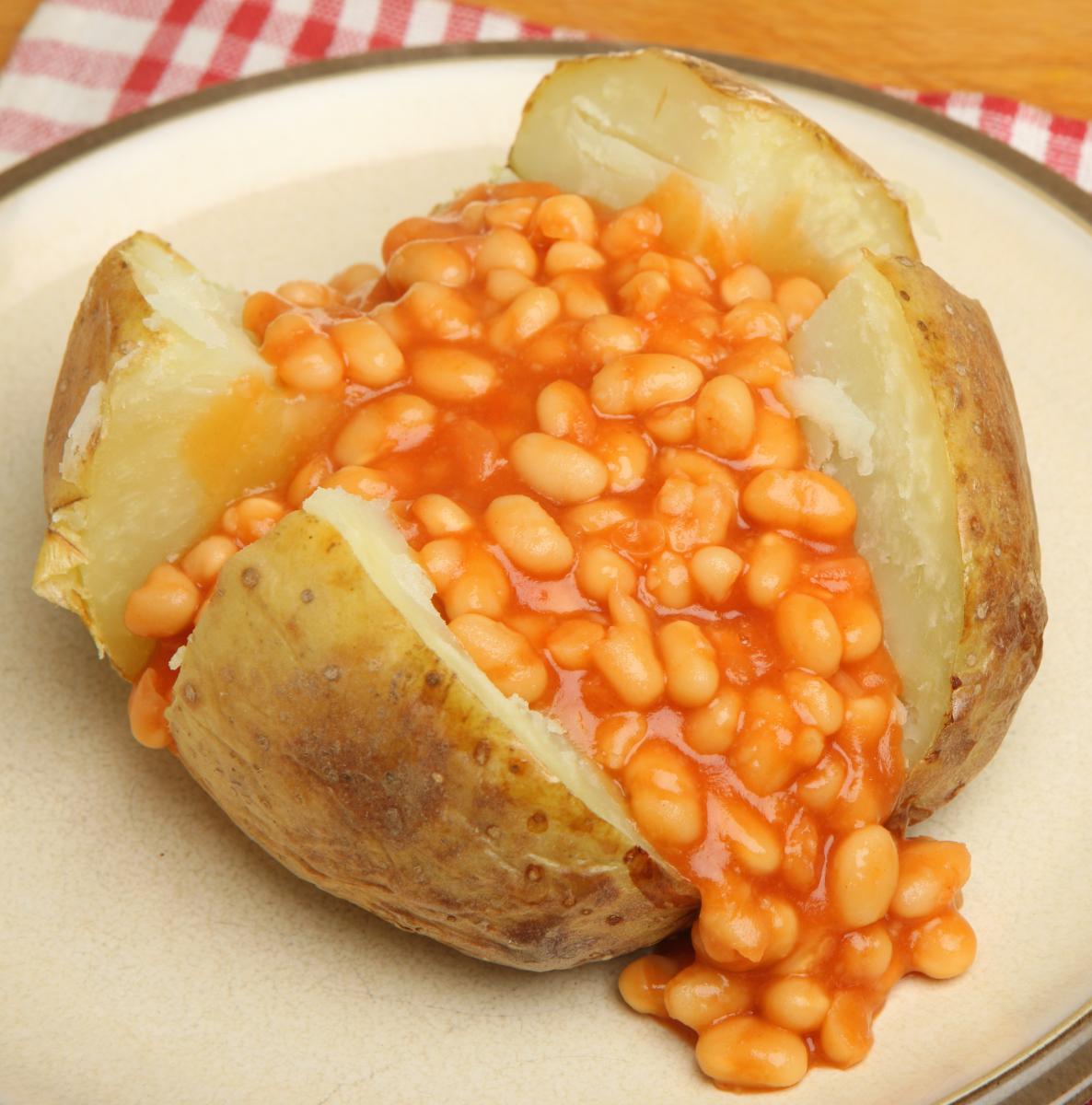 Fortified nooch is a versatile and nutritious cheese replacer â while you can get nutritional yeast from Amazon
for a fair price (averaging out at 23p per dessert spoonful compared to
33p for a small handful of dairy cheese) you can find it cheaper in
some health food shops and at Suma
when you buy wholesale. Why not start up or join a student co-op at
university, and get all the cost-price nutritional yeast you desire? 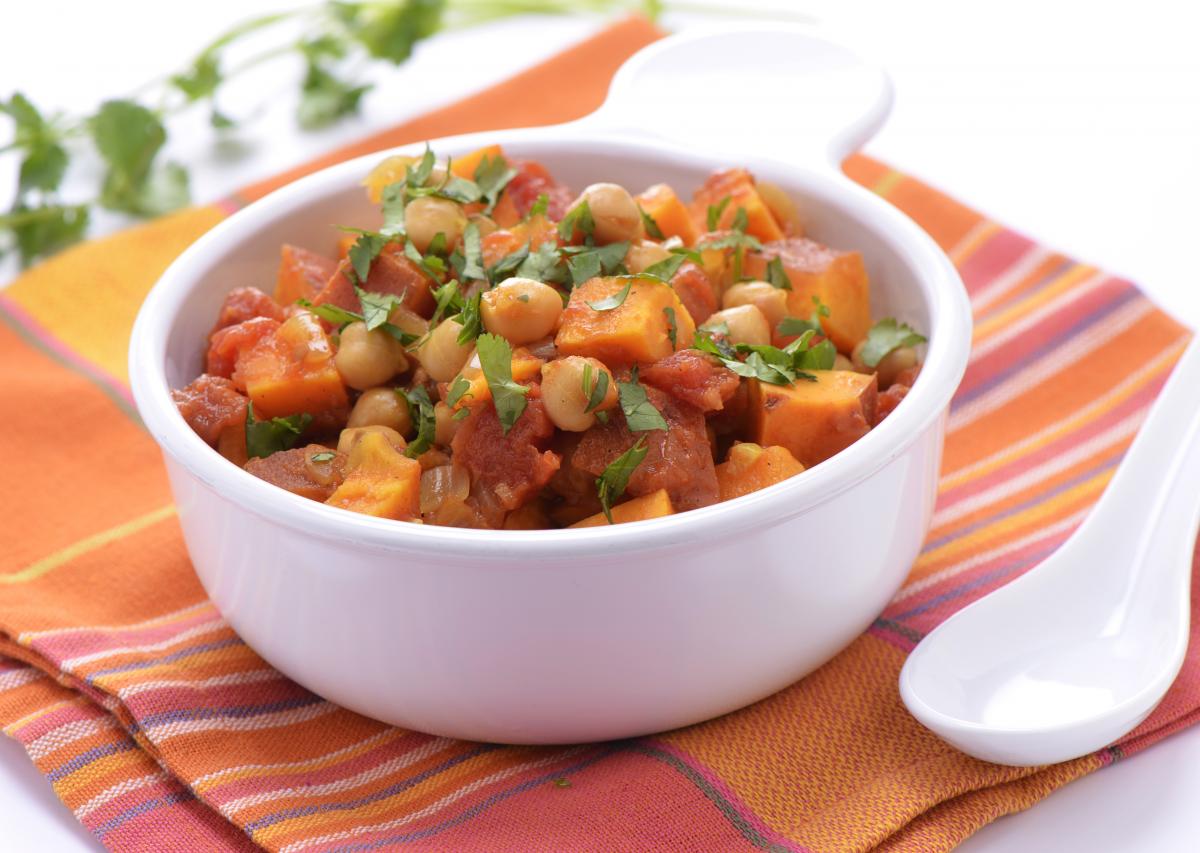 This easy-peasy (add a drop of) lemon juice squeezy recipe only costs
Â£1.85 for the spinach, chickpeas and sweet potato, while a chicken
version would see the price double. 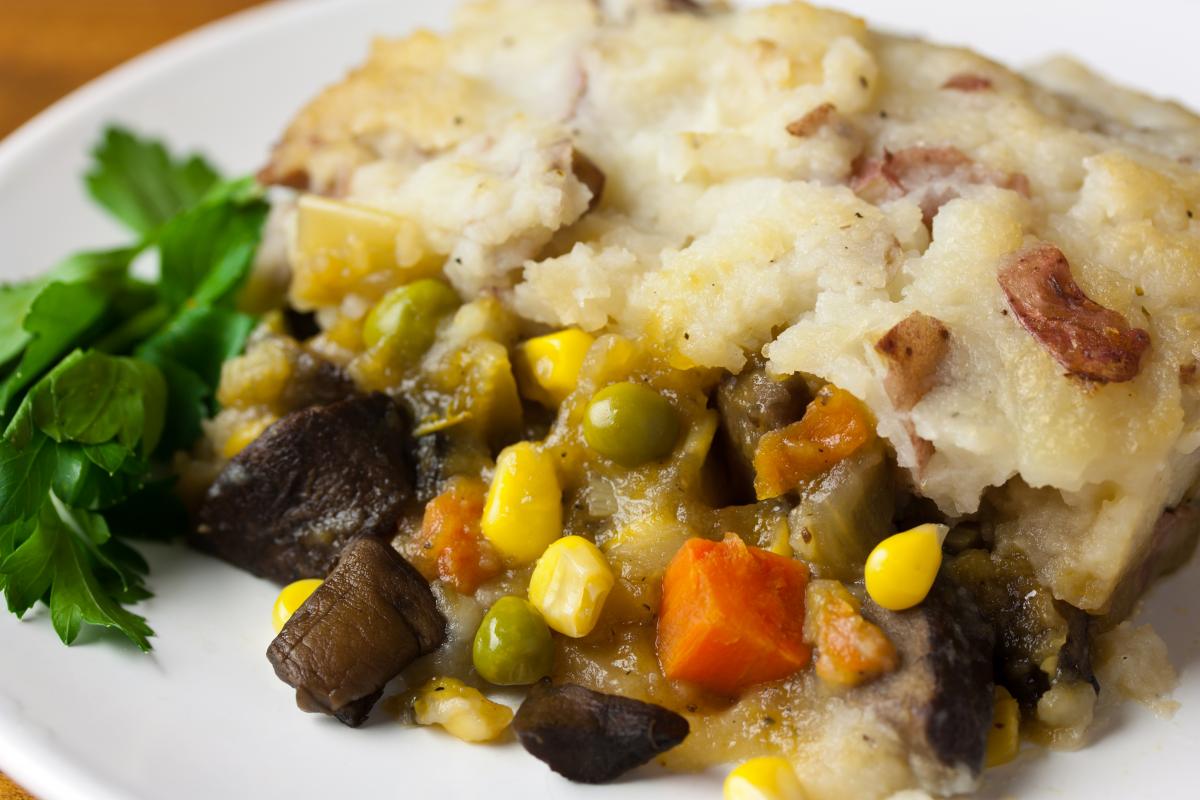 This winter comfort-warmer is much better without the actual lamb,
costing Â£3.75 for 400g. Instead, red lentils are the perfect
replacement, with 400g ringing in at a mere 90p. 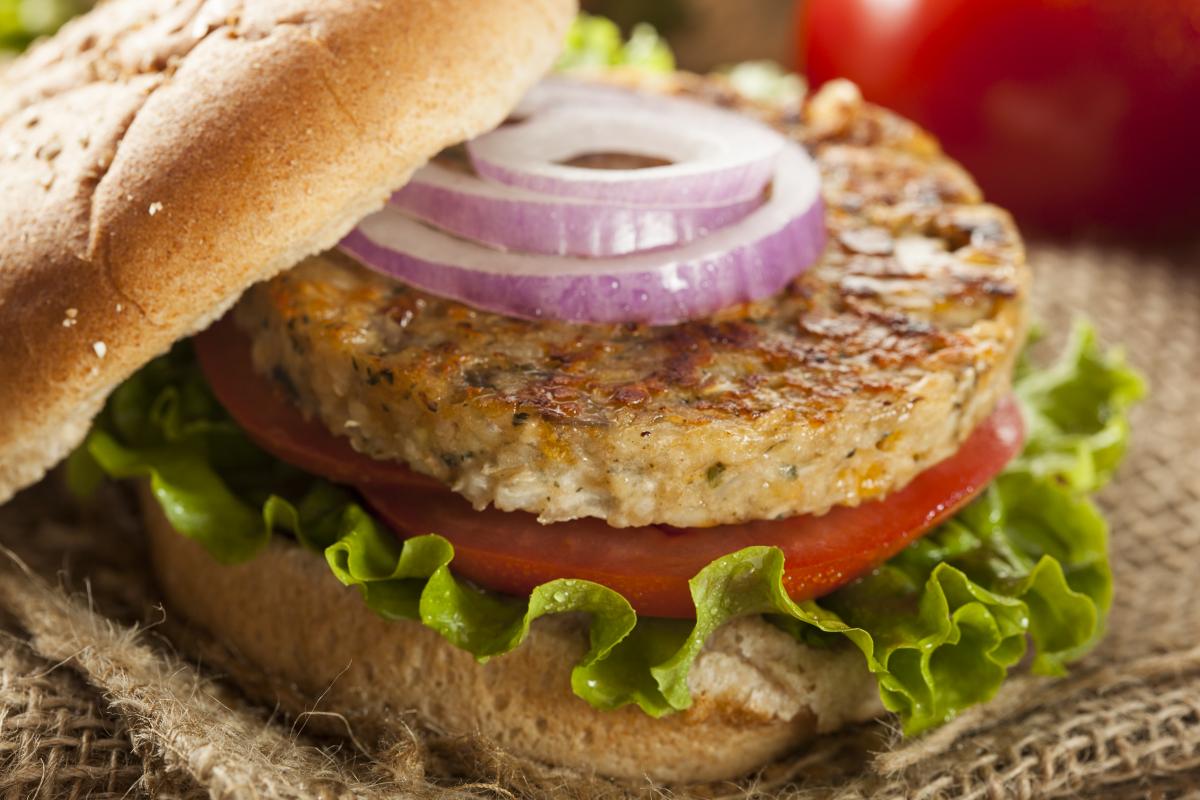 When buying straight from the supermarket shelves, veggie burgers
out-compete quarter pounders not just in ethics, but in price:
Â£1.50-1.70 for a pack of 4, compared to Â£2.65.

Making them yourself is cheap and cheerful too: get the recipe here. 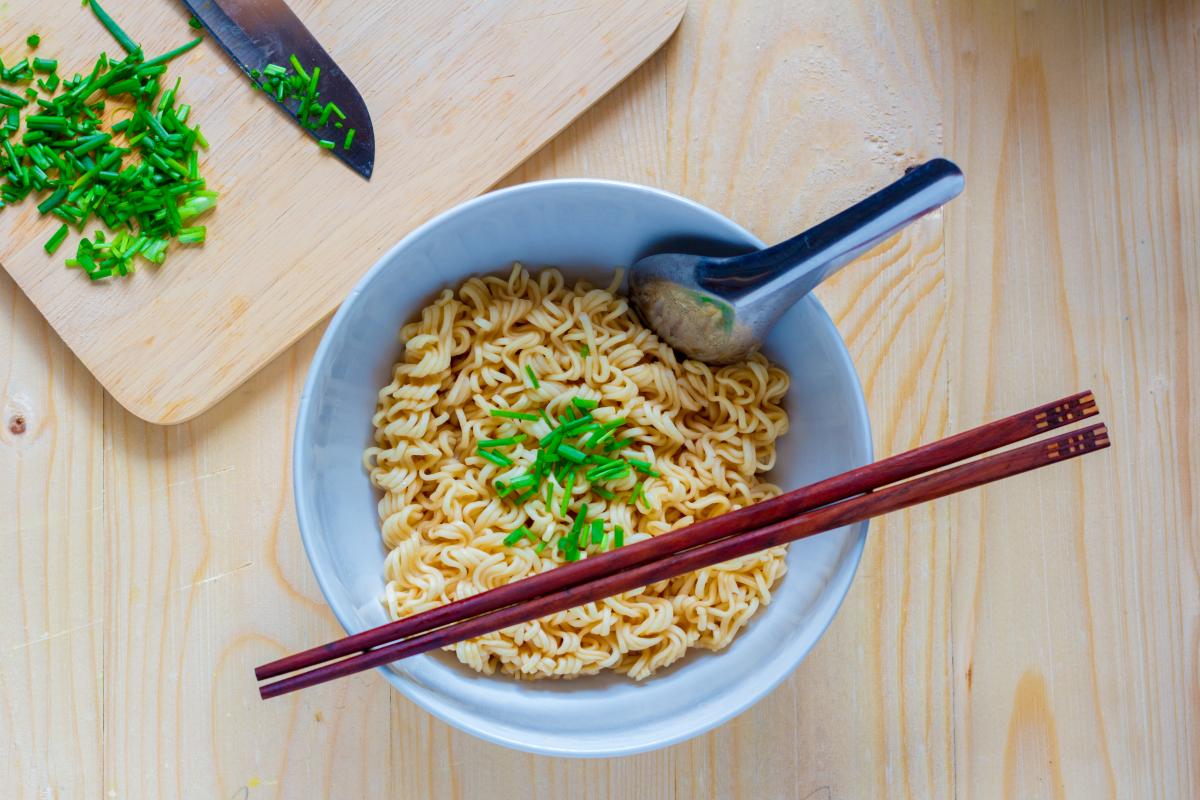 A classic. But did you know that own brand noodles in supermarkets like
Lidl and Sainsburyâs are generally cheaper and vegan-friendly? There
you can find noodles for 20-30p each compared to Batchelorâs (non-vegan)
Super Noodles costing at least 50p.

You could also use these noodles to make a stir fry. Most supermarkets sell packets of ’stir-fry veg’ for around Â£1
(and they’re more than 1 serving) so you could fry these with the cooked noodles, and add a stir fry sauce too! 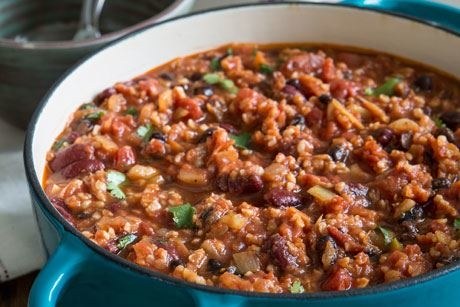 You can make your own
vegan chilli from scratch with cheap ingredients, or you can even buy a
can of mixed beans in chilli sauce from the supermarket for around 65p.
You can add soya mince (Â£1.25 for a large bag compared to Â£2 for beef
mince) to the bean chilli if you wish, and serve with rice. 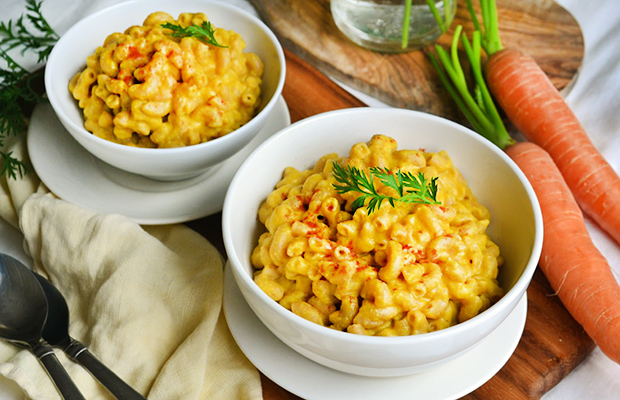 Simply cook some macaroni pasta (or any pasta you wish) and add homemaade vegan cheese sauce!
Who knew you could make a cheesey sauce out of just vegetable and nutritional yeast? Healthy,
delicous, and cheap!

Need more tips? A favourite trick of budgeting vegans is to head to the
fruit and veg stall at the local market just before closing, or a local
supermarket at about 8pm to pillage the reduced section of the veg
isle, and typically get a weekâs worth of food for under a tenner.
Really strapped for cash students have also been known to bin-dive.
Happy [vegan bargain] hunting!

By Ali Ryland and Jimmy Pierce

Are you a non-vegan student, or know someone who is? Why not follow Fresherâs Week with our 30 Day Vegan Pledge for daily emails of advice, information and some delicious, affordable recipes. Don’t forget to check out our ‘Quick and easy‘ and ‘On a budget’ recipe sections for more ideas too, as well as our budget blog.

[2] Price average for mid-range product from the leading supermarkets

The views expressed by our bloggers are not necessarily the views of The Vegan Society.

Making
your own dahl is quick, easy and cheap! Sautee garlic and cumin seeds
in a little bit of water. Add rinsed red lentils and water and some
broth powder or cube (vegan, of course). Add in diced tomatoes and some
kale or other green leafy veg. Add salt if needed. Once the lentils are
soft, about 20 minutes, you are good to eat. Enjoy with brown or white
rice, or pita. One of my go-to meals that I serve to company. 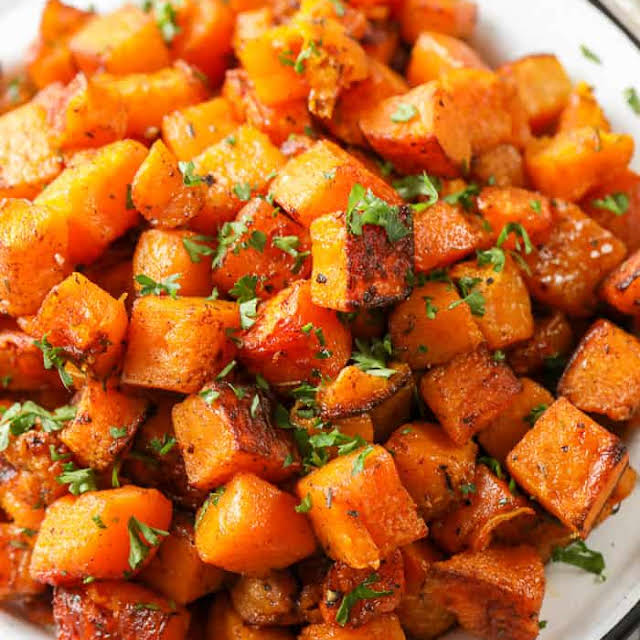 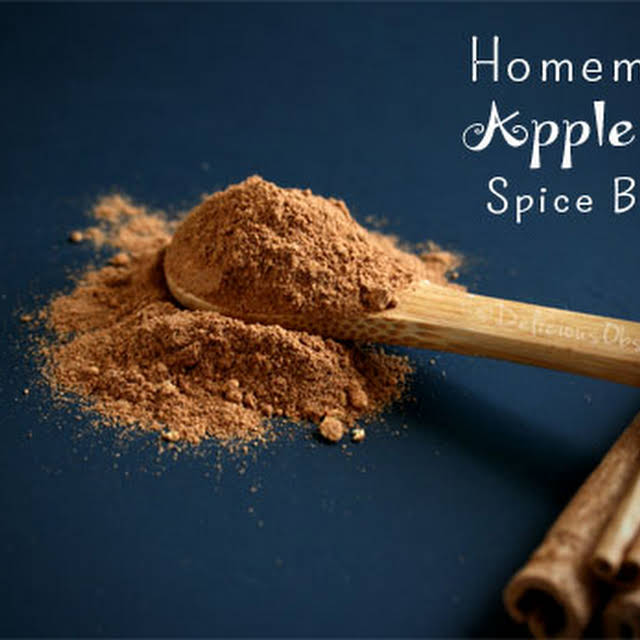 Yep, we have another Slime Recipe for you today.  Weâve made Fluffy Slime which has a âfloam-likeâ consistency.  Years ago we made the âoriginalâ slime recipe using
Borax.  But with all the hype about Borax in the news, we like making
slime without it.  So today we bring youâ¦ Glass Slime, or Clear Slime.

Please tell me itâs not just me who has a
daughter that is absolutely obsessed with slime.  She and her friends
make it all the time.  She even has a little side business and sells it
to classmates.  Pretty clever if you ask me.

This recipe is easy and doesnât take too many ingredients. Mix the baking soda, water and glue until
completely combined.  Slowly start adding the contact solution, a
little bit at a time.  Stir after each addition.  When itâs almost the
consistency that you want, start mixing by hand. The hardest part of this recipe is
letting the slime sit for a few days.  It needs to settle to become
clear.  This is what it looks like after stirring. And after it sits for a few days. The part that my daughter loves about this slime recipe?  It looks so cool! MYOM: Make Your Own McRib

The McDonaldâs McRib season comes only once a year, but you can MYOM at home year round. 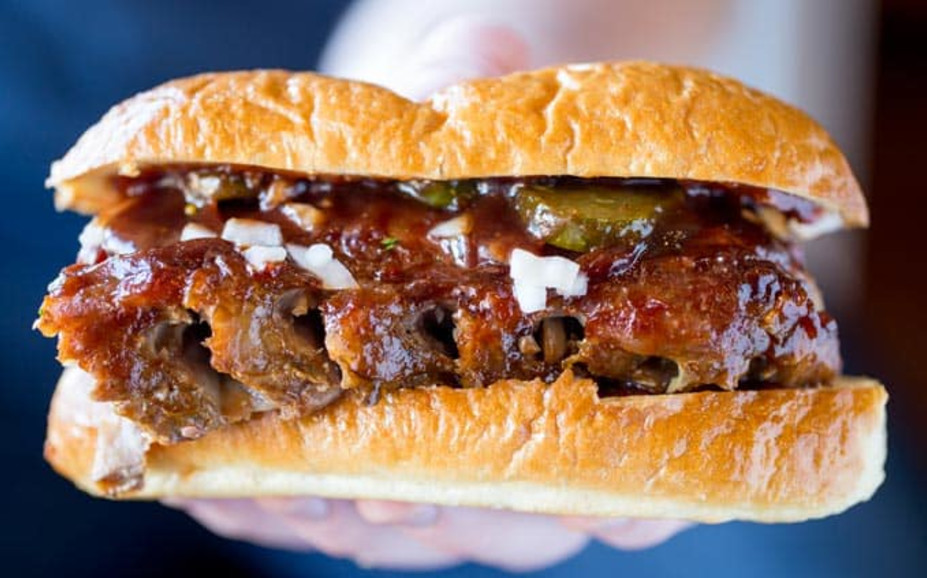 Even if youâve never actually eaten a real McRib, youâre probably aware
of the cultural phenomenon. Each year, usually in the fall, McDonaldâs
announces a limited-time release of McRibs coming to a select 10,000
franchises â hopefully, one near you.

If youâre wondering which McDonaldâs locations, visit a superfanâs website dedicated to answering that question: McRibLocator.com.
(At the time of publishing, the most recent McRib had appeared on May
2, 2020, at 9:38 p.m. in Rosemont, California. Thanks, Victor Morales,
whoever you are!)

All of this is to say â McRibs are a thing. In a post-modern academic meditation on the allure of the McRib, Ian Bogost, a writer for The Atlantic, suggests
we donât just experience the McRib as something to eat, but also âas
marketing campaign, as cult object, as Internet meme.â Our desire for
the sandwich is high, itâs availability limited, itâs fans â obsessed.

Sometimes, though, a BBQ pork sandwich is really just that.

What is the McRib made of, anyway?

What is it, then, about the McDonaldâs McRib sandwich? Itâs essentially a
ârackâ of boneless pork seasoned with liquid smoke, slathered in
McDonaldâs barbecue sauce, and topped with sliced onions and pickles,
all on a hoagie-style bun. Think of it as a riff on the pulled pork
sandwich, an American BBQ classic.

(Real talk: The McRib has no ribs. The rib-esque patties from McDonaldâs are made primarily of pork trimmings.)

The history of the McRib

Back in 1981, during a chicken shortage, McDonaldâs needed an
alternative to its smash hit, Chicken McNuggets. Hence the pork
sandwich.

The McRib itself wasnât exactly a success. McDonaldâs
pulled it from the menu after four years due to disappointing sales.
When it re-emerged on occasion, beginning in earnest in the 2000s, its
limited-time aspect gave it renewed appeal. Then, once social media
arrived, there was no stopping it. #McRibSZN.

How to make your own McRib

If McRibLocator.com
shows no restaurants near you serving the sandwich (and itâs not even
close to November), or if youâre a DIY kind of person, you can MYOM.

There are a handful of copycat recipes out there, some more stylized,
some less. The original McRib recipe, which, at one point, featured more
than 70 ingredients (some of dubious origin), is not something you can
easily reproduce in a home kitchen. Don’t worry, though, the internet
has solutions.

Here are four different ways to do it: 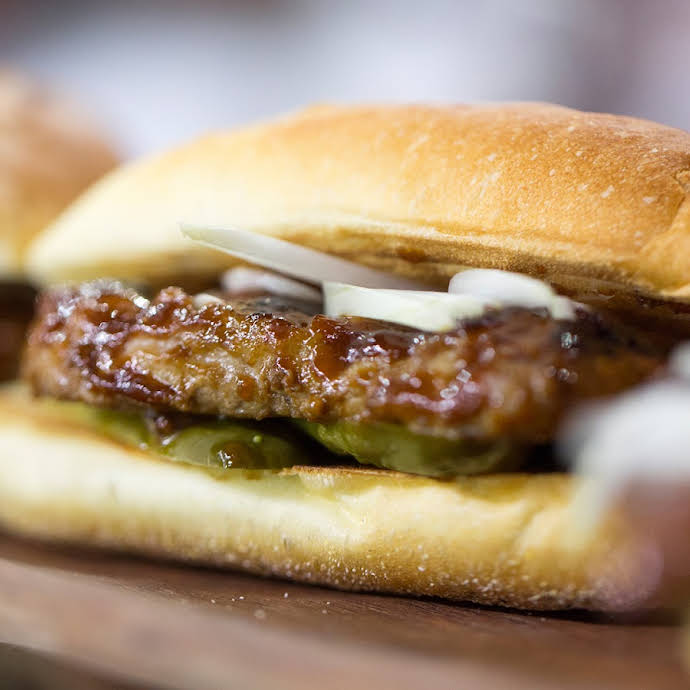 Simple and straightforward. Back in 2013, Al Roker showed Today
fans how incredibly easy it is to make your own McRib at home. Live, on
the show, he placed a pound and a half of pork shoulder in a food
processor with simple seasonings â just sugar and kosher salt â and a
bit of water. He then shaped the ground meat into rectangular pork
patties, which he indented to make âribs.â Roker browned frozen patties
in a pan, then finished them with barbecue sauce â Huntâs, preferably â
in the oven for a few minutes. In the same pan as the patties, he
brought the hoagie rolls to a golden brown, placed one ârack of ribsâ in
each and added raw onion and dill pickle slices, and an extra dollop of
sauce. Delish. 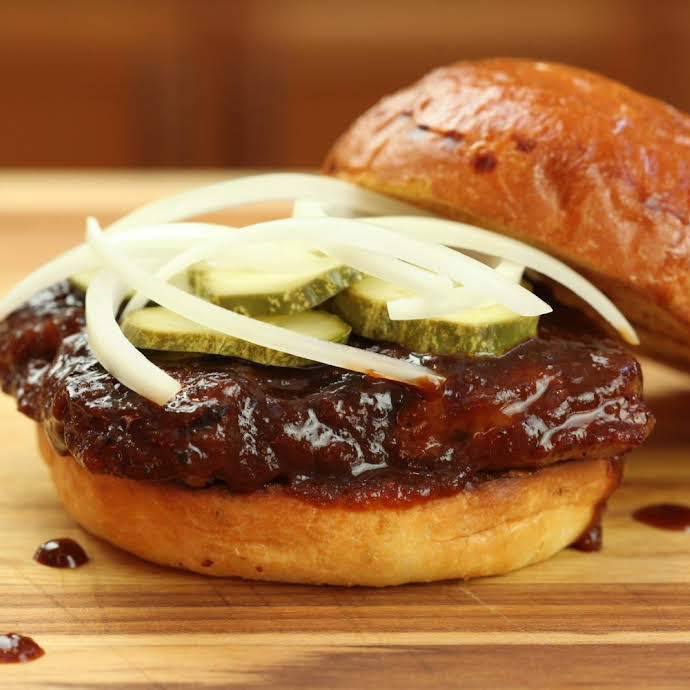 J. Kenji LÃ³pez-Alt takes a completely different approach â with each
element, from the sauce to the hamburger buns and the pickles, made from
scratch. âThis is not a simple weeknight recipe,â he warns in the
instructions for Serious Eats.
Oh, but it is worth it. The real smoked rib meatâdusted in a custom dry
rub and slathered in a homemade sauceâis combined with pork shoulder
and ground into patties. Grilling them adds yet another layer of smoky
flavor. For the truly ambitious, there are also steps for DIY dill
pickles and homemade cemita buns. 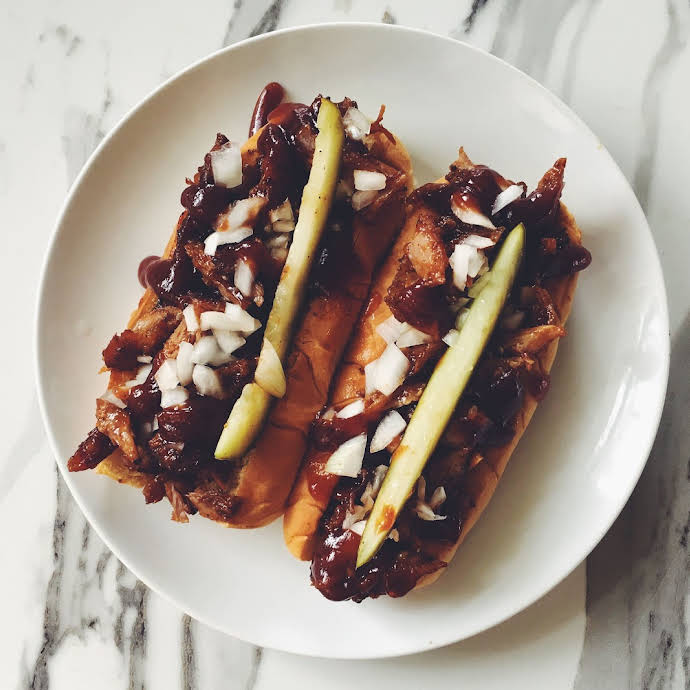 The Spruce
lets its McRib veer “ribbier” with real baby back rib meat pulled off
the bone â no patty in sight. This recipe probably resembles its
McDonald’s counterpart the least. However, it comes closest to what must
have been the inspiration for the recipe back in the 1940s when
McDonald’s was still just a roadside barbecue joint in San Bernardino,
California. 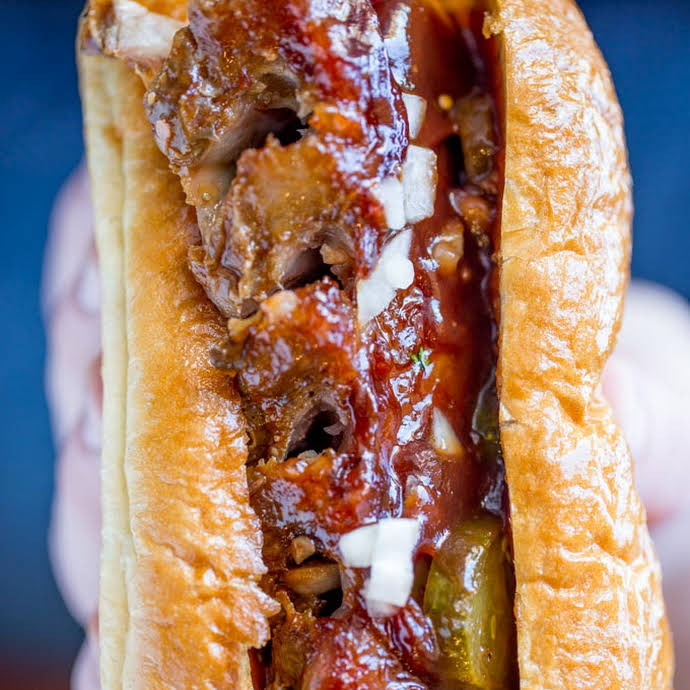 These sandwiches also boast real baby back ribs, done in a slow cooker
to make it easy. One of the features of this particular McRib recipe
from Dinner Then Dessert
is the flavorful copycat McDonaldâs BBQ sauce, which comes together on
the stove in less than 15 minutes. What sets this recipe apart are some
of its ingredients: black pepper, cayenne pepper, smoked paprika, brown
sugar, ketchup, onion powder, garlic powder, white onions, and hoagie
sandwich rolls.