WordPress database error: [Table './sarvajan_ambedkar_org/wp_comments' is marked as crashed and should be repaired]
SELECT ID, COUNT( comment_ID ) AS ccount FROM wp_posts LEFT JOIN wp_comments ON ( comment_post_ID = ID AND comment_approved = '1') WHERE ID IN (1884,1883) GROUP BY ID

Dhammapada Verse 159 Discipline
Yourself Before You Do Others

The moon was closest to the earth on Sunday than it will
be on any
other night in 2012 and  appeared
significantly larger.

The phenomenon, called supermoon, this year coincided with `Buddha
Poornima’ - the day the Buddha was born, attained nibbana, and died
(Parinibbana).

It was very interesting to note that on May 6, the moon  set at western
horizon a few minutes before sunrise and then it rose again on the
same evening about an hour after the sunset. 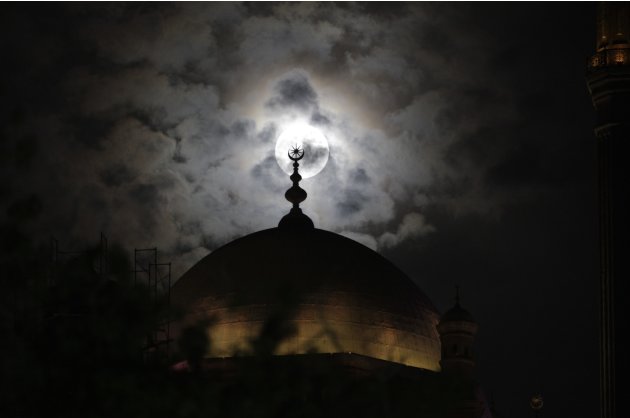 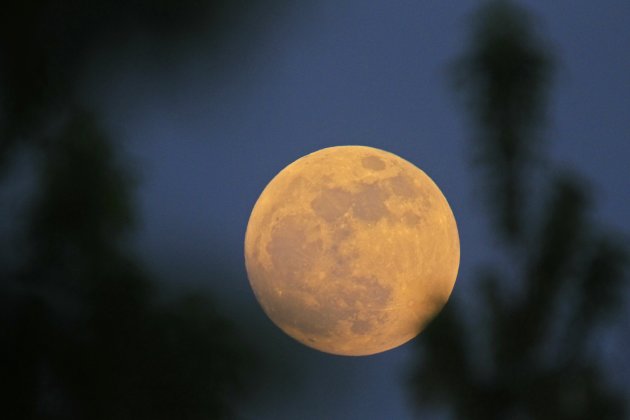 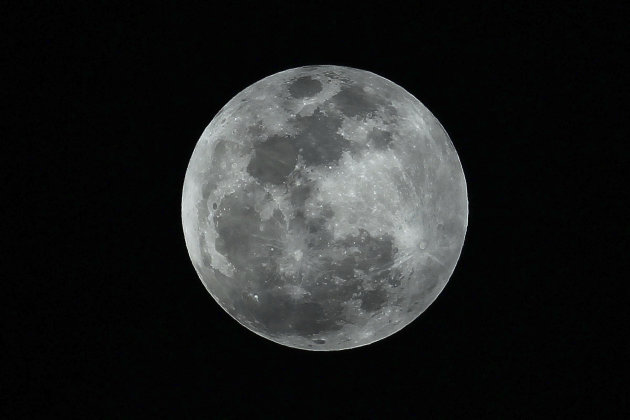 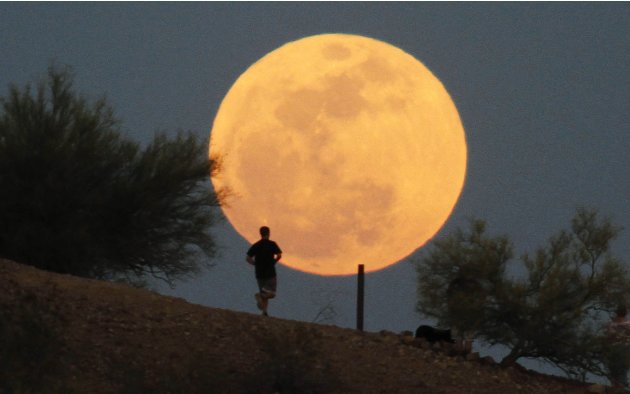 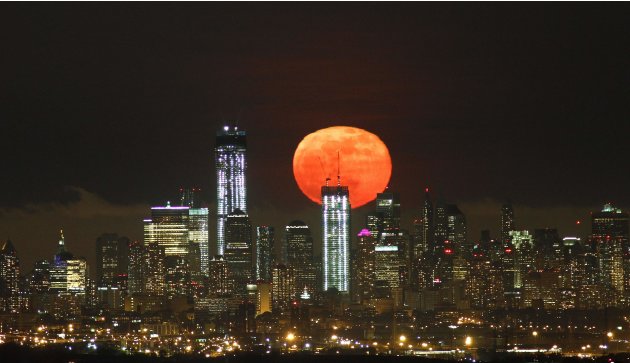 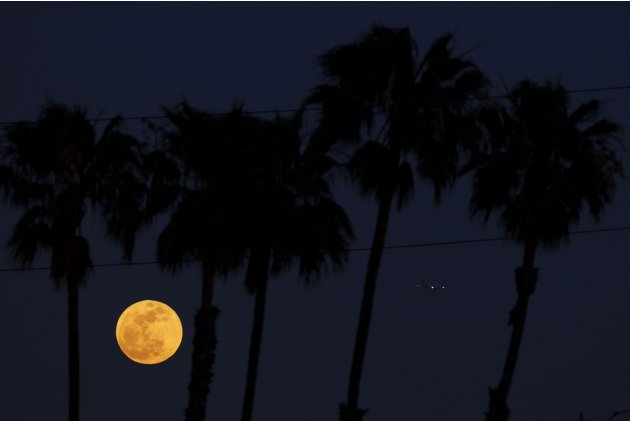 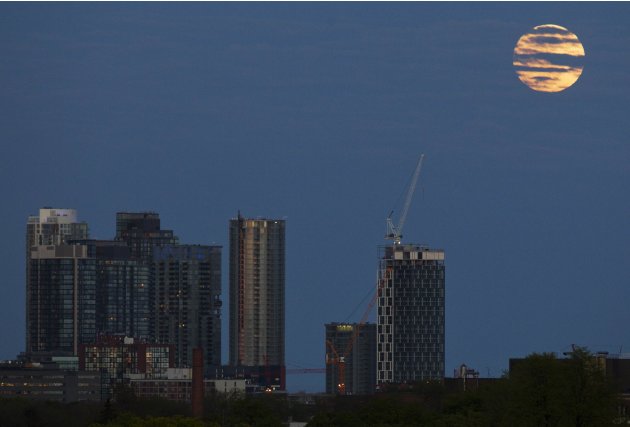 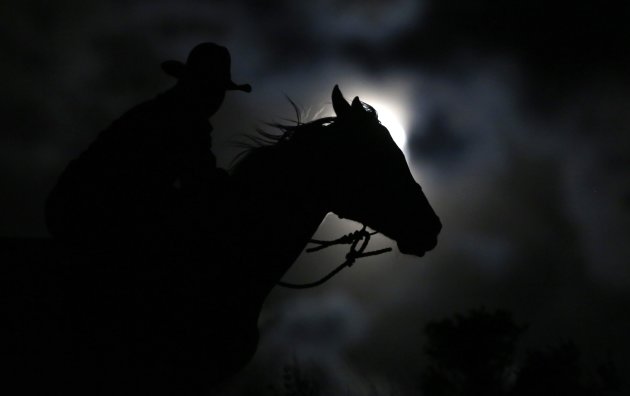 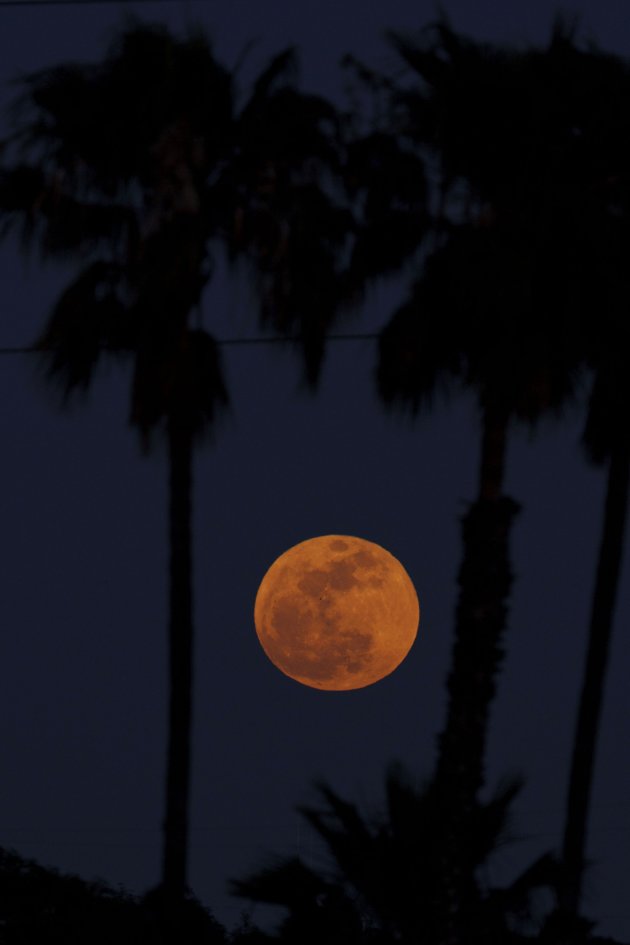 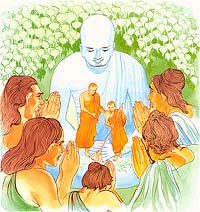 Verse 159.
Discipline Yourself Before You Do Others

As
one teaches others
so should one do oneself.
Well-tamed, on may tame others,
oneself to tame is hard.

Explanation: If you are keen to discipline others in the same way,
you must yourself behave in that manner. It is the best disciplined person, who
will disciplined others best. The most difficult to be disciplined is oneâs own
self indeed.

In Buddhism, an anÄgÄmi (Sanskrit and PÄli for
“non-returning”)[1] is a partially enlightened person who has
cut off the first five chains that bind the
ordinary mind. Anagami-ship is the third of the four stages of
enlightenment.

Anagamis are not reborn into the human world after death,
but into the heaven of the Pure Abodes, where only
anagamis live. There they attain full enlightenment (arahantship).

The Pali terms for the specific chains or fetters (Pali: saá¹yojana) of which an anagami is free are:

The fetters from which an anagami is not yet free are:

Anagamis are at an intermediate stage between sakadagamis and arahants. Arahants enjoy complete freedom from the
ten fetters.

Attaining the state of non-returner is portrayed in the
early texts as the ideal goal for laity.[2]

Manoj Bhargava is a Princeton school drop-out and a billionaire monk. Who
is he?

Who is Manoj Bhargava?

By some
accounts, he might be the richest Indian in the US today but very few people
have heard about entrepreneur Manoj Bhargava. Today, we give you the man behind
5-Hour Energy, a heady concoction of caffeine, vitamins and nutrients.

This Princeton school drop-out lived in an ashram for 12-years in India, and
then moved back to the US to become an entrepreneur, and a successful one at
that. 90 percent of his income goes to charities.

The Akhilesh Yadav
government in Uttar Pradesh has decided to accept the April 27 order of the
Supreme Court that declared as unconstitutional Section 3 (7) of the Uttar
Pradesh Public Service (Reservation for SC, ST and OBC) Act, 1994 that gave
reservation in promotion, amid the possibility of an all-party meeting against
the backdrop of the former Chief Minister, Mayawati, demanding a Constitutional
amendment.

The apex court had
also struck down Section 8(A) of the U.P. Government Servant Seniority Third
Amendment Rule, which gave consequential seniority.

The amendments
granting reservation in promotion and consequential seniority to Scheduled
Caste and Scheduled Tribe officers and employees in government service were
introduced by the Mayawati government in 2007.

The apex court
made it clear that those who have been granted promotion will not be disturbed.

According to
official sources, the decision to do away with the quota system in promotion
and consequential seniority for SC,ST officers and employees was taken through
âCabinet by circulation’ on Friday. An ordinance to this effect was also
approved. Sources said the ordinance had been sent to the Governor for his
approval. For implementing the Supreme Court order, the State government will
have to amend the U.P. Public Service (Reservation for SC,ST and OBC )Act, 1994
and the U.P. Government Servant Seniority Amendment Rule.

The State
government’s decision to implement the Supreme Court order has paved the way
for promotions in government services, which had been put on hold in view of
the court cases. Needless to say, the officers and employees belonging to the
General and Backward Classes category were the worst affected in the light of
the previous regime’s decision to introduce quota in promotion for SC and ST
officers and employees along with consequential seniority.

Challenging the
previous regime’s order, the affected officers moved the Allahabad High Court.
The High Court in its ruling declared the system as unconstitutional. The
Mayawati government filed an SLP in the Supreme Court.

Meanwhile, the
Aarakshan Bachao Sangharsh Samiti (Save Reservation Action Committee) has filed
a review petition in the Supreme Court. A
28-year-old junior high school teacher was allegedly mowed down by hooligans
after their effort to molest her ended in failure.

The
incident took place in Rampur district of Uttar Pradesh on Friday night and
brings to spotlight the state’s lawlessness.

The
deceased, Reeti Sharma, was returning to her rented accommodation when the
incident took place.

Eyewitnesses
said five to six youth, travelling in a Maruti van, blocked her way and after
passing some lewd comments, tried to pull her inside the van.

“She
tried to resist and managed to escape. But they hit her from behind and when
she fell down, they ran the car over her, killing her,” an eyewitness
said.

A
native of Bijnore, Reeti was living alone in Rampur for the past few months.

“We
saw the entire incident and tried to catch them. But they were swift enough to
pull out the car’s number plates and flee from the spot,” the eyewitness
added.

Minor girl raped in UP

Mau: A minor girl
was allegedly raped by a person in Mohammadabad Gohana area near here in Uttar
Pradesh, police said on Sunday.

The 12-year-old victim had gone to collect mangoes in an orchard in Mohaddipur
village when Vinod Kumar(36) forcibly dragged the girl to a secluded place and
raped her on Saturday, they said.


Leaving his victim
in an unconscious state the accused fled away, police said.

Vinod was later arrested and a case
registered against him.

WordPress database error: [Table './sarvajan_ambedkar_org/wp_comments' is marked as crashed and should be repaired]
SELECT COUNT(comment_ID) FROM wp_comments WHERE comment_post_ID = 1884 AND comment_approved = '1';

WordPress database error: [Table './sarvajan_ambedkar_org/wp_comments' is marked as crashed and should be repaired]
SELECT COUNT(*) FROM wp_comments WHERE comment_post_ID = '1884' AND comment_approved = '1'

WordPress database error: [Table './sarvajan_ambedkar_org/wp_comments' is marked as crashed and should be repaired]
SELECT COUNT(comment_ID) FROM wp_comments WHERE comment_post_ID = 1883 AND comment_approved = '1';

WordPress database error: [Table './sarvajan_ambedkar_org/wp_comments' is marked as crashed and should be repaired]
SELECT COUNT(*) FROM wp_comments WHERE comment_post_ID = '1883' AND comment_approved = '1'