WordPress database error: [Table './sarvajan_ambedkar_org/wp_comments' is marked as crashed and should be repaired]
SELECT ID, COUNT( comment_ID ) AS ccount FROM wp_posts LEFT JOIN wp_comments ON ( comment_post_ID = ID AND comment_approved = '1') WHERE ID IN (4271) GROUP BY ID 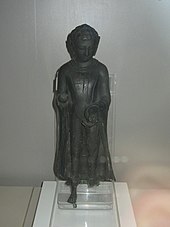 Standing Buddha statue made from brass, found in a tin mine in Pengkalan Pegoh, Ipoh, Perak in 1931.

Buddhism was introduced to the Malays and also to the people of the Malay Archipelago as early as 200 BCE. Chinese written sources indicated that some 30 small Indianised states rose and fell in the Malay Peninsula. Malay-Buddhism began when Indian traders and priests traveling the maritime
routes and brought with them Indian concepts of religion, government,
and the arts. For many centuries the peoples of the region, especially
the royal courts, synthesised Indian and indigenous ideas of Buddhism and that shaped their political and cultural patterns. 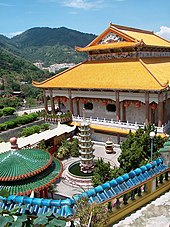 Kek Lok Si, or “Temple of SukhÄvatÄ«“, in Penang, Malaysia 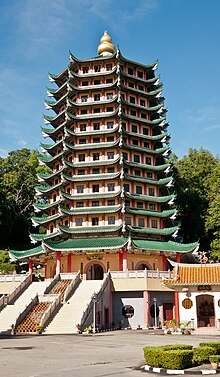 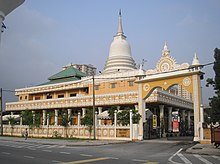 The Buddha’s teaching can be thought of as a kind of building
with its own distinct foundation, stories, stairs, and roof. Like any
other building the teaching also has a door, and in order to enter it we
have to enter through this door. The door of entrance to the teaching
of the Buddha is the going for refuge to the Triple Gem â that is, to
the Buddha as the fully awakened teacher, to the Dhamma as the truth
taught by him, and to the Sangha as the community of his noble
disciples. From ancient times to the present the going for refuge has
functioned as the entranceway to the dispensation of the Buddha, giving
admission to the rest of the teaching from its lowermost story to its
top. All those who embrace the Buddha’s teaching do so by passing
through the door of taking refuge, while those already committed
regularly reaffirm their conviction by making the same threefold
profession:


Buddham saranam gacchami
I go for refuge to the Buddha;

Dhammam saranam gacchami
I go for refuge to the Dhamma;

Sangham saranam gacchami
I go for refuge to the Sangha.

WordPress database error: [Table './sarvajan_ambedkar_org/wp_comments' is marked as crashed and should be repaired]
SELECT COUNT(comment_ID) FROM wp_comments WHERE comment_post_ID = 4271 AND comment_approved = '1';

WordPress database error: [Table './sarvajan_ambedkar_org/wp_comments' is marked as crashed and should be repaired]
SELECT COUNT(*) FROM wp_comments WHERE comment_post_ID = '4271' AND comment_approved = '1'