WordPress database error: [Table './sarvajan_ambedkar_org/wp_comments' is marked as crashed and should be repaired]
SELECT ID, COUNT( comment_ID ) AS ccount FROM wp_posts LEFT JOIN wp_comments ON ( comment_post_ID = ID AND comment_approved = '1') WHERE ID IN (4275) GROUP BY ID

“my
funds come from various sources which will not dry up. My funds come
from those peole who who produce wealth. The Bahujan Samaj produces
wealth. I get money from them…I don’t feel any dearth of money. If the
money is coming from the treasury, it will be extinguished. I am
getting money from a perennial source fo funds. I need only one crore
rupees to win all 542 parliamentary seats. One day, voters will queue up
to pay money for kanshi Ram,.”

“I can raise crores of
rupees whenever I want. In the villages it is not Shri Ram any more. Now
you can just say Kanshi Ram and get as much money you want. In the
coming days, if you want to give money, you will have to stand in a three-mile-long queue.
Besides, the Bahujan Samaj, regardless of its poverty, eats food worth
Rs 300 crore per day. If they keep hungry for just one day, we save that
much money. Money is not our problem any more.”

as you see people standing in queue all over the country to exchange Rs 500 and Rs 1000 notes.

Murderer of democratic
institutions (Modi) gobbled the Master Key by tampering the fraud EVMs
as the Ex CJI Sadasivam committed a grave error of judgement in ordering
that only 8 out of 543 seats in the 2014 Lok Sabha Elections to be
replaced as suggested by the Ex CEC Sampath. He did not order for Paper
Ballots to be used till all the EVMs were replaced. The present CEC say
that they will be replaced only in 2019 and he too did not order for
paper ballots because it helped Ms Mayawati’s BSP gained majority of the
seats in UP Panchayat Elections. 80 democracies of the world never use
these fraud EVMs. The recent elections in UK used paper ballots.

So Modi is having his hey days.

Mayawati says the ‘crackdown’ on black money had been done keeping in mind the forthcoming Assembly elections. 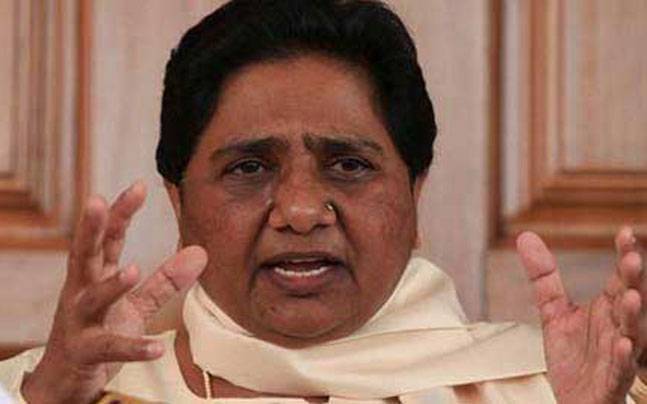 Addressing
a press conference at Lucknow, Mayawati alleged the “crackdown” on
black money had been done keeping in mind the forthcoming Assembly
elections. “Modi has demonitised the currency notes to divert the attention of the people from its failed promises,” she said.

She accused the BJP’s Modi of imposing an “undeclared financial emergency”
just as the Emergency imposed by the Congress in 1975.

Mayawati
said though Modi talked often about his “chaiwala” days, he was not
bothered about the slum workers. “He (Modi) is not an OBC as he claims
to be, but comes from upper class. He calls himself an OBC to take
political advantage,” she said.

The former UP chief minister said
the poor in her state will teach a lesson to the BJP and its allies in
the Assembly elections regardless of the number of “Parivartan Yatras”
they will launch in UP.Sh

She
charged that black marketing started moments after Modi  declared the
revamp of currency notes. “It is said that the BJP people gave a free
hand for a few hours to its men to make windfall gains out of black
marketing, asking them to give commission,” she alleged.

She said
there was anarchy all around. People ran out of their houses as if an
earthquake had come. All major decisions of the Modi has
benefitted the capitalists.

“You can’t hope to fight dishonesty
of Modi which has helped corrupt persons such as Vijay Mallya
and Lalit Modi to flee the country. One can’t appreciate it as one did
for the surgical strikes because it has only created chaos.National
security is in peril and our jawans are getting martyred every day,” she
said.

( There must be a strong movement of CJI, CEC, and all democracy loving to throw out Murderer of democratic institutions (Modi)who got selected through tampering of the fraud EVMs for Sarvajan Hitay Sarvajan Sukhaya.)

WordPress database error: [Table './sarvajan_ambedkar_org/wp_comments' is marked as crashed and should be repaired]
SELECT COUNT(comment_ID) FROM wp_comments WHERE comment_post_ID = 4275 AND comment_approved = '1';

WordPress database error: [Table './sarvajan_ambedkar_org/wp_comments' is marked as crashed and should be repaired]
SELECT COUNT(*) FROM wp_comments WHERE comment_post_ID = '4275' AND comment_approved = '1'