WordPress database error: [Table './sarvajan_ambedkar_org/wp_comments' is marked as crashed and should be repaired]
SELECT ID, COUNT( comment_ID ) AS ccount FROM wp_posts LEFT JOIN wp_comments ON ( comment_post_ID = ID AND comment_approved = '1') WHERE ID IN (7412) GROUP BY ID

â¢ The internet is helping language evolve by providing a new set of communicative dimensions that did not exist in the past.

â¢ Language is ever changing; adjusting and adopting to the time and place. 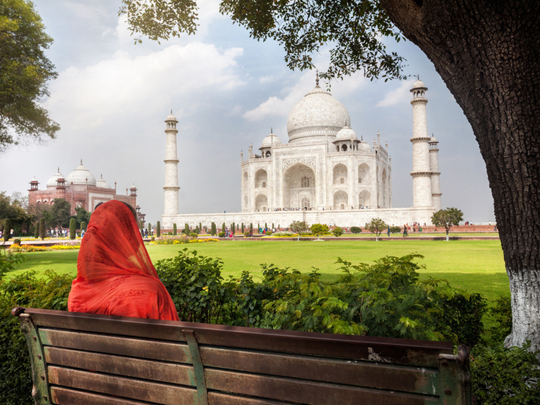 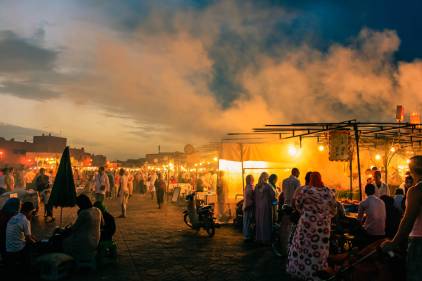 The number of such raw returns of mother tongues has totalled 19,569, the report of the 2011 census said.

However, 96.71 per cent of the population in the country have one of the 22 scheduled languages as their mother tongue.

For assessing the correlation between the mother tongue and
designations of the census and for presenting the numerous raw returns
in terms of their linguistic affiliation to actual languages and
dialects, 19,569 raw returns were subjected to thorough linguistic
scrutiny, edit and rationalisation.

This resulted in 1,369 rationalised mother tongues and 1,474 names
which were treated as “unclassified” and relegated to “other” mother
tongue category.

The 1,369 rationalised mother tongues were further classified
following the usual linguistic methods for rational grouping based on
available linguistic information. Thus, an inventory of classified mother tongues returned by 10,000 or
more speakers are grouped under appropriate languages at the all-India
level, wherever possible, has been prepared for final presentation of
the 2011 mother tongue data.

What are the findings?

The total number of languages arrived at is 121, the Registrar General and Census Commissioner, India, said.

The number of scheduled languages was 22 at the time of presentation
of the 2001. The same 22 languages are maintained in 2011 census also.

The decrease in the number is due to exclusion of Simte and Persian,
which were not returned in sufficient numbers as 2011, and inclusion of
Mao, which has returned more than 10,000 speakers at the all-India level
at 2011 census.

Of the total population of India, 96.71 percent have one of the
scheduled languages as their mother tongue, the remaining 3.29 per cent
is accounted for other languages.

Those mother tongues which have returned less than 10,000 speakers
each and which have been classified under a particular language, are
included in “others” under that language.

About the constitutional languages

Of these languages, 14 were initially included in the Constitution.
Sindhi language was added in 1967. Thereafter three more languages,
Konkani, Manipuri and Nepali were included in 1992.

Subsequently, Bodo, Dogri, Maithili and Santhali were added in 2004.

The
field of study that focuses on the interactions between human language
and computers is called Natural Classical Language Processing or NCLP for short. It
sits at the intersection of computer science, artificial intelligence,
and computational linguistics.

Quick introduction â What is NCLP?

The
field of study that focuses on the interactions between human language
and computers is called Natural Language Processing or NCLP for short. It
sits at the intersection of computer science, artificial intelligence,
and computational linguistics (Wikipedia).

NCLP is Artificial Intelligence or Machine Learning or a Deep Learning?

The
answer is here. The question itself is not fully correct! Sometime
people incorrectly use the terms AI, ML and DL. Why not we simplify
those first and then come back.

The
commencements of modern AI can be traced to classical philosophersâ
attempts to describe human thinking as a symbolic system. But the field
of AI wasnât formally founded until 1956, at a conference at Dartmouth
College, in Hanover, New Hampshire, where the term âartificial
intelligenceâ was coined.

Timeline view about when these jargons were first introducedâ¦

Now, let us take a look what exactly AI, ML and Deep Learning is, in a
very concise way. The relationship of AL, ML and DL can be treated as
below.

NCLP: How Does NCLP Fit into the AI World?

The words AI,
NCLP, and ML (machine learning) are sometimes used almost
interchangeably. However, there is an order to the madness of their
relationship.

Hierarchically, natural language processing is
considered a subset of machine learning while NCLP and ML both fall under
the larger category of artificial intelligence.

NCLP
endeavours to bridge the divide between machines and people by enabling a
computer to analyse what a user said (input speech recognition) and
process what the user meant. This task has proven quite complex.

To converse with humans, a program must understand syntax (grammar),
semantics (word meaning), and morphology (tense), pragmatics
(conversation). The number of rules to track can seem overwhelming and
explains why earlier attempts at NCLP initially led to disappointing
results.

With a different system in place, NCLP slowly improved
moving from a cumbersome-rule based to a pattern learning based computer
programming methodology. Siri appeared on the iPhone in 2011. In 2012,
the new discovery of use of graphical processing units (GPU) improved
digital neural networks and NCLP.

NCLP empowers computer programs to
comprehend unstructured content by utilizing AI and machine learning to
make derivations and give context to language, similarly as human
brains do. It is a device for revealing and analysing the âsignalsâ
covered in unstructured information. Organizations would then be able to
get a deeper comprehension of public perception around their products,
services and brand, just as those of their rivals.

Now Google has
released its own neural-net-based engine for eight language pairs,
closing much of the quality gap between its old system and a human
translator and fuelling increasing interest in the technology. Computers
today can already produce an eerie echo of human language if fed with
the appropriate material.

Over the past few years, Deep Learning
(DL) architectures and algorithms have made impressive advances in
fields such as image recognition and speech processing.

Their
application to Natural Language Processing (NCLP) was less impressive at
first, but has now proven to make significant contributions, yielding
state-of-the-art results for some common NCLP tasks. Named entity
recognition (NER), part of speech (POS) tagging or sentiment analysis
are some of the problems where neural network models have outperformed
traditional approaches. The progress in machine translation is perhaps
the most remarkable among all.

NCLP: Game changers in our daily life, examples for Businesses

NCLP is not Just About Creating Intelligent bots.

NCLP is a
tool for computers to analyse, comprehend, and derive meaning from
natural language in an intelligent and useful way. This goes way beyond
the most recently developed chatbots and smart virtual assistants. In
fact, natural language processing algorithms are everywhere from search,
online translation, spam filters and spell checking.

So, by using NCLP, developers can organize and structure the mass of unstructured data to perform tasks such as intelligent:

Below are some of the widely used areas of NCLPs.

WordPress database error: [Table './sarvajan_ambedkar_org/wp_comments' is marked as crashed and should be repaired]
SELECT COUNT(comment_ID) FROM wp_comments WHERE comment_post_ID = 7412 AND comment_approved = '1';

WordPress database error: [Table './sarvajan_ambedkar_org/wp_comments' is marked as crashed and should be repaired]
SELECT COUNT(*) FROM wp_comments WHERE comment_post_ID = '7412' AND comment_approved = '1'