WordPress database error: [Table './sarvajan_ambedkar_org/wp_comments' is marked as crashed and should be repaired]
SELECT ID, COUNT( comment_ID ) AS ccount FROM wp_posts LEFT JOIN wp_comments ON ( comment_post_ID = ID AND comment_approved = '1') WHERE ID IN (7431) GROUP BY ID

Buddha of India was Black. This is why his woolly hair is always shown in corn rows,
or in a pepper corn style with small tight curls. Original statues of
Buddha depict him as an Afrikan with a wide nose, thick lips and woolly,
nappy hair which are distinctive Negroid features. In many ancient
temples throughout Asia where he is still worshipped, he is portrayed as
jet Black. In most of the ancient temples of Asia and India, statues of
the gods and goddesses have Afrikan features with woolly hair in the
pepper corn style, while others have dreadlocks. These images of Buddha
plainly show him to be Negroid with kinky, coiled hair, a flat nose and
thick, full lips. 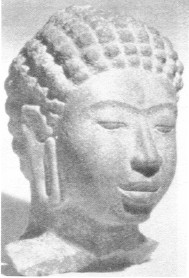 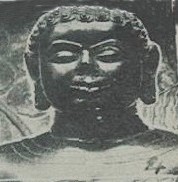 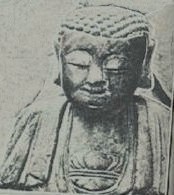 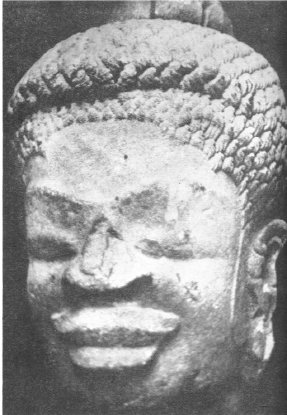 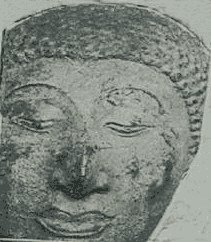 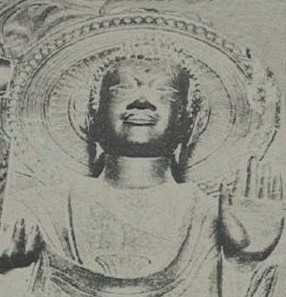 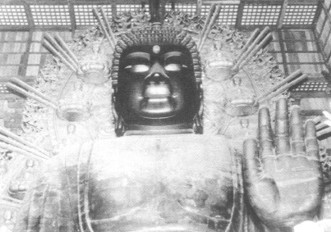 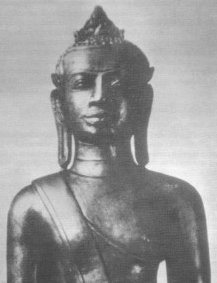 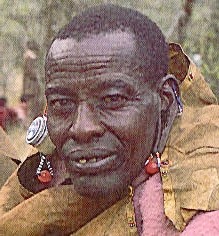 Note the ears of this modern Massai man from Kenya in comparison to the Buddhas. 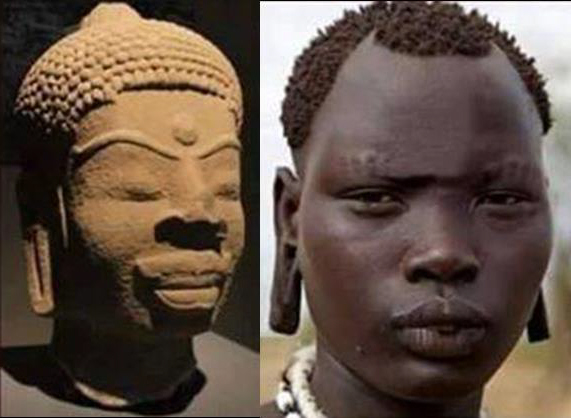 Another Afrikan man’s ears compared to those of a Buddha.

There are absolutely no historical records that describe Buddha as Aryan
or White, and the only time in history that he changes colour is
through a statue like this one which was displayed in Greece.

The first people who conceptualized and worshipped the divine image of
the Negroid form of humanity were Negroes who initiated the practice of
Buddhism, which became the world’s first missionary religion. Buddha was
an Enlightened Master from the Sakya clan of the Naga Race, and was the
first one to preach the great principles of equality, liberty and
fraternity. He caused the Nagas to become conscious of their own mind
power as opposed to the mantra power.

Buddhism, whose doctrines include The Golden Rule, was
established 500 years before Christianity in the area now called the
Middle East (Afrika). Actually Buddha is not a name but a title meaning The Enlightened One, Blessed One, or To Become Awake. Over the centuries, there have been several recorded Buddhas like Gautama, Sakayanumi, and Siddhartha. There were at least ten Buddhas
mentioned in the sacred books of India. Black Buddhist missionaries
introduced Buddhism to China, Japan and other countries. Under the Black King Ashoka, the religion of this Negro God was spread throughout Europe and into the remotest parts of Britain.

Although Buddhism did not start in Japan or China but on the India
Continent, it is recognized and practiced by millions of devotees
throughout Asia. Buddhismâs first inhabitants were Black people who had
migrated from Ethiopia some 50,000 years earlier and had set up what is
known as the Indus Valley Civilization.

There were two types of Blacks from Afrika who created the first civilization of mankind. One was the Nubian, who had broad features and Woolly, Nappy hair, while the other had an aquiline nose with straight hair, who are known as the Dravidian, but both groups were early descendants that came straight out of Afrika.

These Ethiopian Blacks initiated the first migration out of Afrika, and
the next migration was by the Australian Aboriginal. Intermixing between
the two groups produced the people of the Indus Valley. Later the
Mediterranean Black Mongoloid race also came and intermixed. Together
these groups made up what is known as India (which means Black).

During the time of the Buddha 2,500 years ago (500 B.C.), Afrikans were
in the seat of world power, but about 500 years ago the Aryans invaded
Northern India forcing the native inhabitants to seek sanctuary in the
southern parts of India. Battles for supremacy in the Indus Valley
between these savage white barbarians and the indigenous Blacks for
control of the Black lands lasted for over 1,000 years. Those accounts
are recorded in the form of hymns in The Rig Veda, which are really prayers to white gods to defeat the Blacks.

Being unable to defeat the Black Nagas completely because of their
advanced military tactics, these nomadic Ayans resorted to corrupting
and distorting the Ancient Texts written by the Blacks to create their
racist colour caste system as a last resort to dominate the Blacks. This
corrupted version of the Black’s religion (varna system), ensured their
superiority while at the same time suppressed the Blacks in much the
same way as their European cousins did later by manipulating
Christianity and Judaism to fit their schemes. These uncivilized,
nomadic, barbaric tribes of whites who invaded India were in fact
originally civilized by the Blacks, but like their Greek relatives,
these whites overthrew the Blacks and destroyed their magnificent
civilization. 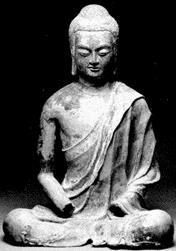 Buddha from the Tâang dynasty. 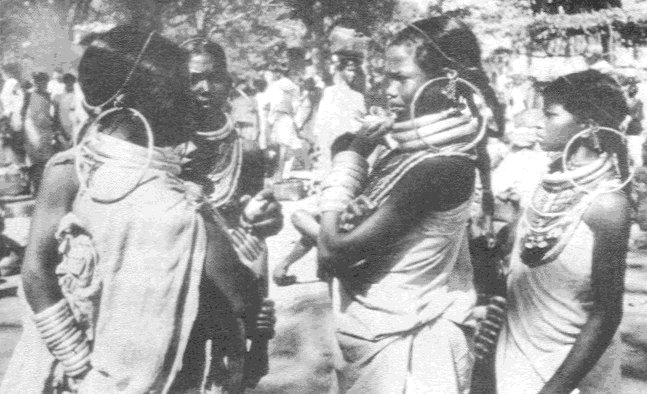 Orissa women from Northeast India. Note the similarity in jewellery worn compared to the Afrikans below. 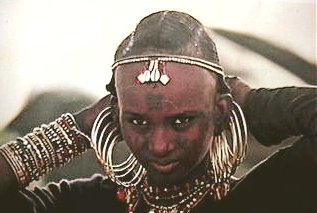 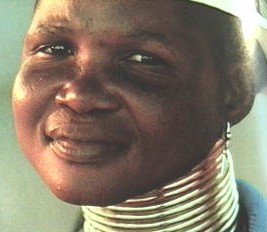 After defeating the Blacks, the Aryans (whites) instituted the worst
kind of inhumanity in human history against this Black group in the form
of the caste system, where Blacks were treated worse than animals.

This anti-Black caste system was originally called Brahmanism which is better known as Hinduism, the greatest curse to the Blacks (Sutras)
of India. This Aryan Hindu religion, which is a form of approved racism
and the source of their devious, oppressive religious beliefs, was
designed to control and enslave the mind, body and soul of the
indigenous Black people of India who respected all human beings, and
assured equal status to women.

Although a type of caste system was already in place before the whites
arrived, the Brahmin intensified and exploited it, putting themselves at
the top of the Hindu caste system, while âthe heavily exploited,
degraded, humiliated, slave-like, impoverished so called âUntouchablesâ
who carry the weight of the entire population on their shoulders, are at
the bottom rung of this social ladderâ.

â¢ The outcasts of India consist of agricultural labourers who are segregated in every village.

â¢ They are forced to eat the carcasses of dead animals.

â¢ They can only eat from broken plates.

â¢ They were forced to tie a cup around their necks to catch their spit because it was considered to be contaminating.

â¢ They had to tie a broom to their rear ends to
cover up their tracks, since crossing such tracks was forbidden and
deemed to be polluting.

â¢ They could only enter the white neighbourhood at night because their shadow was too defiling.

â¢ Blacks had to clean corpses and wear the clothes of the dead.

â¢ Their women were relegated to the function of prostitutes.

This racist system goes hand in hand with the chitpavan brahmin religion disguised as hindutvaism.

Buddha never believed in any soul. He said all are equal. Therefore all aboriginals are Buddhists. 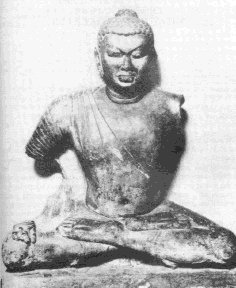 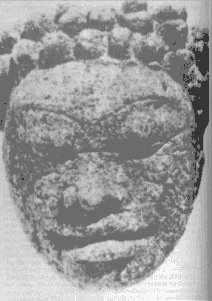 In between the wars and the beginning of Brahminism, the Black Buddha
and his Buddhist teachings emerged as a type of reformist Hinduism to
eradicate this demonic system and teach enlightenment for all. King
Ashoka and Buddha fought against this Aryan penetration and racist caste
system, helping to bring the Black Naga Indians back to a level of high
civilization. However, this reign by the Blacks of India was hindered
mainly because of disunity among India’s Blacks, combined with trickery
and deceit by the Aryan invaders.

Aryans obviously did not practice this Black Buddhist religion, and
Buddha was not an Indo Aryan as advocated by World Buddhist leader Daisaku Ikeda.
In fact the Aryans despised Buddhism and destroyed Buddhist
universities, even murdering Buddhist scholars because it preached
equality. Though the caste system was originally based on skin colour,
it is not the main problem, since some dark skinned people can be found
at the top of this corrupt, immoral, ungodly system. The obstacle was
the sanctioned oppression of the Black Untouchables for whom there is no
justice, and against whom crimes by caste Hindus go unpunished.

Those whites are erroneously referred to as Aryans by historians, but
this is in fact a stolen word from the Sanskrit language of India’s
Blacks, meaning âNoble Cultivatorâ or âThe Holyâ, a title reserved for
the Rishis or sages who had mastered the sacred science of Aryasatyani.

While white Christians exploited Christianity and persuaded the Roman
Catholic Church to authorize slavery in America in an attempt to show
that Black people were lower than the chimpanzee and without a soul,
they concealed and distorted the history of this ancient great Black
civilization. However, seeing that there was no need for slave labour in
India as it existed in America, the White Indians reduced Blacks to an
inferior slave position through the Brahman/Hindu religion.

Historians, scientists and archaeologists for centuries have covered up
and made insignificant any historical findings that reveal an Afrikan
creation or even a connection to many of the world’s first civilizations
as in Egypt, Mesopotamia, India, Moorish Spain, Shang and Shia China
and Mexico.

The denial of the contributions to ancient civilizations and the
systematic cover-up is based on upholding the myth that Black/Afrikan
people are inferior as is proclaimed in Europe, India and the Americas
to justify and make slavery acceptable.

These images below depict how the Dravidians looked, the section of the
group that left Afrika to set up the once flourishing civilization along
the Indus Valley.

WordPress database error: [Table './sarvajan_ambedkar_org/wp_comments' is marked as crashed and should be repaired]
SELECT COUNT(comment_ID) FROM wp_comments WHERE comment_post_ID = 7431 AND comment_approved = '1';

WordPress database error: [Table './sarvajan_ambedkar_org/wp_comments' is marked as crashed and should be repaired]
SELECT COUNT(*) FROM wp_comments WHERE comment_post_ID = '7431' AND comment_approved = '1'