[Magandiya offers his daughter to the Buddha, who replies:]

On seeing [the daughters of Mara]

there wasn’t even the desire for sex.

So what would I want with this,

I wouldn’t want to touch it

even with my foot.

If you don’t want

this gem of a woman, coveted

then for what sort of viewpoint,

‘I argue for this’

doesn’t occur to one

with regard to views,

at any preconceived judgments.

what does it mean?

by an enlightened person,

He doesn’t speak of purity

Nor is it found by a person

through lack of view,

of precept or practice.[1]

Letting these go, without grasping,

one wouldn’t long for becoming.

If he doesn’t speak of purity

and it isn’t found by a person

through lack of view,

of precept or practice,

it seems to me that this teaching’s

for some assume a purity

â by means of â

by what you have grasped.

And so you don’t glimpse

That’s why you think

by that he’d dispute;

whereas to one unaffected

Of what would the brahman say ‘true’

he wouldn’t engage with people

he should go about in the world:

wouldn’t take them up

As the prickly lotus

is unsmeared by water & mud,

an exponent of peace,

by views or what’s thought,

for he isn’t fashioned of them.

He wouldn’t be led

For one dispassionate toward perception

there are no ties;

for one released by discernment,

Those who grasp at perceptions & views

go about butting their heads

The Pali of the first sentence puts the words for “view, learning, knowledge, precept, & practice” in the instrumental case. This case stands for the relationship “by means of” or “because of” but it also has an idiomatic meaning: “in terms of.” (To keep the translation neutral on this point, I have translated with the idiom, “in connection with,” which can carry both possibilities.) The second sentence puts the words for lack of view, etc., in the ablative case, which carries the meaning “because of” or “from.”

If we assume that the instrumental case in the first sentence is meant in the sense of “by means of,” then we are dealing â as Magandiya asserts â with plain nonsense: the first sentence would say that a person cannot achieve purity by means of views, etc., while the second sentence would be saying that he cannot achieve purity by means of no view, etc. The fact that the two sentences place the relevant terms in different grammatical cases, though, suggests that they are talking about two different kinds of relationships. If we take the instrumental in the first sentence in the sense of “in terms of,” then the stanza not only makes sense but also fits in with teachings of the rest of the Pali discourses: a person cannot be said to be pure simply because he/she holds to a particular view, body of learning, etc. Purity is not defined in those terms. The second sentence goes on to say that a person doesn’t arrive at purity from a lack of view, etc. Putting the two sentences together with the third, the message is this: One uses right views, learning, knowledge, precepts, & practices as a path, a means for arriving at purity. Once one arrives, one lets go of the path, for the purity of inner peace, in its ultimate sense, is something transcending the means by which it is reached.

In the stanza immediately following this one, it’s obvious that Magandiya has not caught this distinction.

For further illustrations of the role of Right View in taking one to a dimension beyond all views, see AN 10.93, AN 10.96, and MN 24. (The analogy of the relay coaches in MN 24 actually seems more tailored to the issues raised by the Buddha’s remarks in this discourse than it does to the question it addresses in that discourse.) See also sections III/H and III/H/i in The Wings to Awakening.

An explanation of this stanza, attributed to Ven. Maha Kaccana, is contained in SN 22.3.

“Action” here can mean either kamma in its general sense â i.e., the attainer-of-wisdom has gone beyond creating kamma â or in a more restricted sense, as ritual action. According to Nd.I, it refers to the factor of “fabrication” (sankhara) in the analysis of dependent co-arising (see 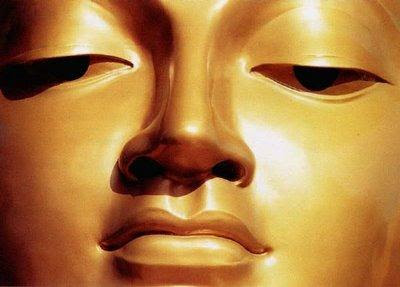 MAY YOU BE EVER HAPPY, WELL AND SECUREMAY YOU LIVE LONGMAY ALL SENTIENT AND NON-SENTIENT BEINGS BE EVER HAPPYMAY YOU BE ALWAYS HAVE CALM, QUIET, ALERT,ATTENTIVE AND EQUANIMITY MIND WITH A CLEAR UNDERSTANDING THATNOTHING IS PERMANENT
comments (0)