WordPress database error: [Table './sarvajan_ambedkar_org/wp_comments' is marked as crashed and should be repaired]
SELECT ID, COUNT( comment_ID ) AS ccount FROM wp_posts LEFT JOIN wp_comments ON ( comment_post_ID = ID AND comment_approved = '1') WHERE ID IN (5485) GROUP BY ID

2715 Thu 16 Aug 2018 LESSON (56) Thu 16 Aug 2007
Do Good Be Mindful  -  Awakened One with Awareness (AOA)
In Wisdom From
World Religions
Spiritual wisdom from around the globe for Welfare, Happiness and Peace for All Societies.
Helps you enrich your life with the religious and spiritual wisdom of the worldâs great faith traditions to attain Eternal Bliss as Final Goal.
Welcome to Wisdom from World Religions

Thank you for contacting Siemens PLM
Software. We have received your form submission and will respond to your
feedback/inquiry soon.

Are you curious what past participants have thought of Wisdom from World Religions?

Below, Iâve collected a sampling of testimonials from others who have
taken this free online course based on Sir John Templetonâs book Wisdom
from World Religions: Pathways Toward Heaven on Earth. I hope that their
positive feedback persuades you to register today for this six-week
online course. After all, itâs free! What do you have to lose?

âThis is the first on-line course that Iâve ever taken and Iâm surprised to find it quite compelling and enjoyable.â
â D. (U.S.A.)

â… the format and delivery of the course is very fitting for working adults.â
â N. (Singapore)

âFor me this course offer[s] me the opportunity to see how other religions and beliefs [operate].â
â T. (U.S.A.)

â… a complete and holistic view of different religions and [their]
evolutions till now. Great teaching compiled by Sir John and the way
those things are put by Prof. K Rose.â
â D. (India)

âThe
sensitivity of the teacher to the varied backgrounds and the differing
levels of religious observance and understanding of participants [was
valuable].â
â P. (U.S.A.)

âF. Nightingale (considered as a
mother of modern nursing) called being in the gilded cage. Iâve been
seeking where/ how others to find a âkeyâ to open their cages. This
course has been very helpful.â
â Y. (U.S.A.)

Register today at: https://wisdomfromworldreligions.com/
and join me on August 13th, 2018 to experience what these men and women
have described. Registration is open to all, including past
participants.

P.S.
Through generous funding from the Templeton World Charity Foundation,
the first 2,000 registrantsâincluding you, if you act quicklyâwill have
their tuition waived. I encourage you to register and invite your
friends to take Wisdom from World Religions tuition-free. 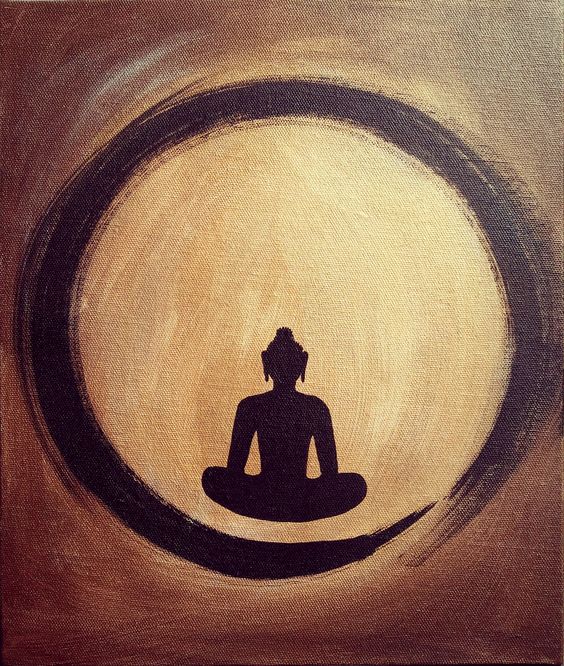 One who wishes to reach the Buddha-Dhamma must firstly be one who has
faith or confidence as a foundation. He must understand the meaning of
Buddha-Dhamma as follows:

The Blessed Noble Awakend One - The Tathagata: the One-Who-Knows, the one who has purity, radiance and peace in his mind.

Doctrine - The True Practice of The Blessed Noble Awakend One - The Tathagata:

the characteristics of purity, radiance and peace which arise from morality, concentration and wisdom.


Therefore, one who is to reach the The Blessed Noble Awakend One -
The Tathagata:- Doctrine - The True Practice of The Blessed Noble
Awakend Oneis one who cultivates and develops morality, concentration
and wisdom within himself.

You are here:
Home
About Us
Contact Us
Product Training
Thank You

Thank you for contacting Siemens PLM
Software. We have received your form submission and will respond to your
feedback/inquiry soon.

First time signing up for Siemens PLM Software emails? Please be sure to confirm your opt-in with the email you’ll receive soon.

If
you have other questions or would like more information about our
products, solutions and services, please let us know how we can help
you.

https://www.youtube.com/watch?v=gOP4FDCnFqM
Lalbagh Flowershow 2018 Independence Day Special Latest à²²à²¾à²²à³à²¬à²¾à²à³ à²¹à³à²µà²¿à²¨ à²ªà³à²°à²¦à²°à³à²¶à²¨ [NEW][1080]
Indian globetrotting
Published on Aug 4, 2018
The Independence Day Flower Show August 2018 at Lalbagh will be
dedicated to Indian Armed Forces. Flower show will start from August 4th
to August 15.
Replica of PSLV,
GSLV, Akash and Bhramos Missiles are displayed in the Flower Show at
Lalbagh. The Glass House at Lalbagh which is the main center for Flower
Show will have a model of the War Memorial Amar Jawan Jyothi and
depiction of Soldiers guarding various zones Costal, Desert and
Mountains. Another Replica of th Siachin, The Highest Military Base in
the world is also created inside the Lalbagh Glass House. Flower Show
will depicts military camps, air-borne jets, a helipad and a symbolic
Siachin Glacier as well as radars and other equipment.
Flower Show
also depicts a floral replica of Old Film Reel, Clapboard and Cameras
for commemorating 85 years of Kannada Film Industry. The Film reel is
45ft long and is made of 15,000 roses.

Rupee drop: âPM Modi has finally done something we could not do in 70 years,â says Congress
âThe falling rupee and failing economy is Modijiâs Independence Day gift to the nation,â the Opposition party said.

The Congress on Tuesday criticised the policies of Prime Minister
Narendra Modiâs government after the Indian rupee hit a record low,
touching 70.08 against the US dollar in early trade. The Opposition
party took a jibe at the prime minister by citing Modiâs constant claims
that his government would achieve in 60 months what the Congress had
failed to accomplish in the â60 yearsâ of its existence as a dominant
party in the nationâs politics.

âModiji finally managed to do something that we couldnât do in 70 years,â the Congress tweeted.

Congress President Rahul Gandhi took to Twitter to rebuke the prime
minister and shared a video of Modi criticising the erstwhile
Congress-led United Progressive Alliance government for a drop in the
rupeeâs value in 2013. âThe Indian Rupee just gave the Supreme Leader, a
vote of no confidence, crashing to a historic low,â Gandhi tweeted.

The Opposition party said: âThe falling rupee and failing economy is
Modijiâs Independence Day gift to the nation! âModinomicsâ has wreaked
havoc for Indiaâs economy and left it in dire straits. A falling Rupee
is the stark symbol of the abject failures and economic mismanagement.â

The government, however, blamed external factors for the depreciation,
which it said will ease going forward, PTI reported. There is ânothing
at this stage to worryâ, Economic Affairs Secretary Subhash Chandra Garg
said.

The #Rupee
and the Modi government hit a record low, adding to the farmer
suicides, scarce job creation, and rampant unemployment that abound.
When will the PM and his party take responsibility for the deplorable
state of the economy that their policies have created? https://t.co/P5xzyaMEOt

â Randeep Singh Surjewala (@rssurjewala) August 14, 2018
The Indian #Rupee just gave the Supreme Leader, a vote of NO
confidence, crashing to a historic low. Listen to the Supreme Leader’s
master class on economics in this video, where he explains why the Rupee
is tanking. pic.twitter.com/E8O5u9kb23

â Rahul Gandhi (@RahulGandhi) August 14, 2018
Modiji finally managed to do something that we couldn’t do in 70 years. pic.twitter.com/jCFH79YrCQ

https://en.wikipedia.org/wiki/Chitpavan
The
alleged haughty behaviour by the upstart Chitpavans caused conflicts
with other communities which manifested itself as late as in 1948 in the
form of anti-Brahminism after the killing of Mahatma Gandhi by Nathuram
Godse, a Chitpavan. Vinayak Damodar Savarkar, the founder of the Hindu
nationalist political ideology Hindutva, was a Chitpavan Brahmin and
several other Chitpavans were among the first to embrace it because they
thought it was a logical extension of the legacy of the Peshwas and
caste-fellow Tilak.[41] These Chitpavans felt out of place with the
Indian social reform movement of Phule and the mass politics of Gandhi.
Large numbers of the community looked to Savarkar, the Hindu Mahasabha
and finally the RSS. Gandhi’s assassins, Narayan Apte and Nathuram
Godse, drew their inspiration from fringe groups in this reactionary
trend.

99.9% Sarvajan Samaj must unite to see that the 0.1%
intolerant, cunning, crooked, number one terrorists of the world,
violent, militant, ever shooting, mob lynching, lunatic,mentally
retarded foreigners of Bene Israel chitpavan brahmins of Rowdy Rakshasa
Swayam Sevaks (RSS) are caught hold and put in mental asylums for
practicing hatred, anger, jealousy and delusion which are defilement of
the mind.
They emboldened after gobbling the Master Key by tampering
the fraud EVMs by the Murderer of democratic institutions (Modi) for BJP
(Brashtachar Jiyadha Psychopaths).

The
CJI must dissolve the Central Government and go for fresh polls with
Ballot Papers since the ex CJI Sathasivam is the one who committed a
grave error of judgement by ordering that the EVMs must be replaced in a
phased manner where the question of replacement is in itself the proof
that the EVMs could be tampered. And the software and its source code is
not made public to the people of this democratic country.
[Leave aside the poor and ill-educated, how
many of the well off and educated, now above 50 or so, would be able to
produce the birth certificates of their foreparents?
This pointed query shows up the hugely monstrous nature of the ongoing exercise.
Never mind it’s overseen by the Supreme Court.]
https://www.news18.com/news/india/does-amit-shah-have-his-fathers-birth-certificate-to-prove-citizenship-mamata-banerjee-1844833..html
Does Amit Shah Have His Father’s Birth Certificate to Prove Citizenship: Mamata Banerjee
While
taking dig at the government over the Assam NRC issue, Mamata Banerjee
said that even cows should make their birth certificates, else they will
also be asked to leave one day.
Sujit Nath | News18.com
Updated:August 14, 2018, 9:15 PM IST
Does
Amit Shah Have His Father’s Birth Certificate to Prove Citizenship:
Mamata Banerjee File photos of West Bengal CM Mamata Banerjee and BJP
chief Amit Shah.
This Gruelling Family Is Seeking Your Generous Donation
Effective Natural Remedies And Tips For Hair Growth
Kolkata:
West Bengal Chief Minister Mamata Banerjee on Tuesday pulled up the
Assam government alleging that those left out of the National Register
of Citizen (NRC) draft are being slapped with fake cases.
Addressing
a press conference in Kolkata, Mamata said, âThey are being harassed by
the Assam government and several people are already in detention camps.
I would like to ask if the NRC process is peaceful, then why 400
companies of security forces are being stationed in Assam. BJP leaders
are thumping their chest to justify this NRC.â
She
said, âNRC is a citizenship issue and people were left out based on
their language. Out of the 40 lakh people who were not included in the
NRC list, 38 lakh are Bengali-speaking Hindu and Muslim people. What is
their crime? Their crime is that they speak Bangla. They are doing this
for vote bank politics.â
Coming
down heavily on BJP president Amit Shah, she said, âI would like to ask
Amit Shah whether he has citizenship documents of his father and mother.
Back in the day, very few people used to have these documents. If
tomorrow, Mahatma Gandhiâs family members fail to show his citizenship
documents, then should we presume that he was not an Indian? BJP is
dividing people for their vested political interests.â
While
taking dig at the government, she further added, âEven cows should make
their birth certificates, else they will also be asked to leave one
day.â
Mamataâs sharp attack on
Amit Shah comes after the BJP president, while addressing a huge
gathering at Kolkataâs Mayo Road on August 11, made it clear that the
BJP would make NRC and illegal infiltration one of their main poll
planks in Bengal for the 2019 Lok Sabha elections.
He
had said, âI would like to ask Mamata ji why she is protecting
Bangladeshi infiltrators. We will go ahead with the NRC plan and will
push back each and every infiltrator.â
Speaking
on ‘One Nation, One Election’, Mamata said, âIt is not practical. It
may be applicable for local elections. Suppose tomorrow there is no
stability and the central government falls, how will the state
government and central government go for elections again?â
Ruling
Trinamool Congress (TMC) in West Bengal has vehemently opposed the âOne
Nation, One Pollâ idea as proposed by Prime Minister Narendra Modi.
–

WordPress database error: [Table './sarvajan_ambedkar_org/wp_comments' is marked as crashed and should be repaired]
SELECT COUNT(comment_ID) FROM wp_comments WHERE comment_post_ID = 5485 AND comment_approved = '1';

WordPress database error: [Table './sarvajan_ambedkar_org/wp_comments' is marked as crashed and should be repaired]
SELECT COUNT(*) FROM wp_comments WHERE comment_post_ID = '5485' AND comment_approved = '1'