Dr.Yojana Bhagat, Prof Pali Dept. Mumbai University spoke on “As experience with the helop of Vipassana Meditation and Buddhist Architecture”.

Mr. Rauf Aziz presented a Paper of ven. Khangser Rimpoche  on “Non-Violence and its Health Benefits”.

Dhammachari Lokamitra spoke on “Health and Happiness through the Dhamma”.

There were Paper Presentation of selected papers by Mr. Vasuprasath and Mr. Ddanaji Kamble.
Mr. Ritesh M presented the Summary, Vote of Thanks and Bouquets were presented toguests and the national conference was concluded with national Anthem.


3)  School of Information Sciences and Technology;

Visiting a Thai Buddhist monastery can be an educational and worthwhile experience, whether you are a new convert to Buddhism,
a tourist, or a Thai unfamiliar with monastery etiquette. Knowing a few
general guidelines can show respect, prevent embarrassment and help you
to make the most of your visit.

Great Britain under the Spreading Fangs of
Caste 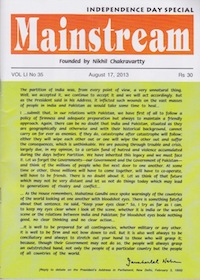