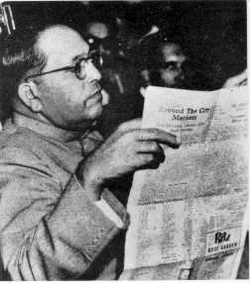 Conversion to Buddhism and later Life

In
1950, he went to a Buddhist conference in Sri Lanka. On his return he
spoke in Bombay at the Buddhist Temple. -In order to end their
hardships, people should embrace Buddhism. I am going to devote the rest
of my life to the revival and spread of Buddhism in India.â

Babasaheb
resigned from the Government in 1951. He felt that as an honest man he
had no choice but to do so, because the reforms so badly needed had not
been allowed to come into being.

For the next five years
Babasaheb carried on a relentless fight against social evils and
superstitions. On October 14, 1956 at Nagpur he embraced Buddhism. He
led a huge gathering in a ceremony converting over half a million people
to Buddhism. He knew that Buddhism was a true part of Indian history
and that to revive it was to continue Indiaâs best tradition.
âUntouchabilityâ is a product only of Hinduism.

As
a student of anthropology Ambedkar made the discovery that the Mahar
people are originally ancient Buddhist people of India. They have been
forced outside a village to live like an outcast as they refused to
leave Buddhist practices and eventually they were made into
untouchables. He wrote a scholarly book on this topic, entitled, who
were the Shudras?

Ambedkar studied Buddhism all his life, and
around 1950s, Ambedkar turned his attention fully to Buddhism and
travelled to Sri Lanka (then Ceylon) to attend a convention of Buddhist
scholars and monks. While dedicating a new Buddhist vihara near Pune,
Ambedkar announced that he was writing a book on Buddhism, and that as
soon as it was finished, he planned to make a formal conversion back to
Buddhism. Ambedkar twice visited Burma in 1954; the second time in order
to attend the third conference of the World Fellowship of Buddhists
in Rangoon. In 1955, he founded the Bharatiya Bauddha Mahasabha, or
the Buddhist Society of India. He completed his final work, The Buddha
and His Dharma, in 1956. It was published posthumously.

After
meetings with the Sri Lankan Buddhist monk Hammalawa
Saddhatissa, Ambedkar organised a formal public ceremony for himself and
his supporters in Nagpur on October 14, 1956. Accepting the Three
Refuges and Five Precepts from a Buddhist monk in the traditional
manner, Ambedkar completed his own conversion. He then proceeded to
convert a large number (some 500,000) of his supporters who were
gathered around him. He prescribed the 22 Vows for these converts, after
the Three Jewels and Five Precepts. He then traveled
to Kathmandu in Nepalto attend the Fourth World Buddhist Conference. His
work on The Buddha or Karl Marx and “Revolution and
counter-revolution in ancient India” (which was necessary for
understanding his book The Buddha and His Dhamma remained incomplete. 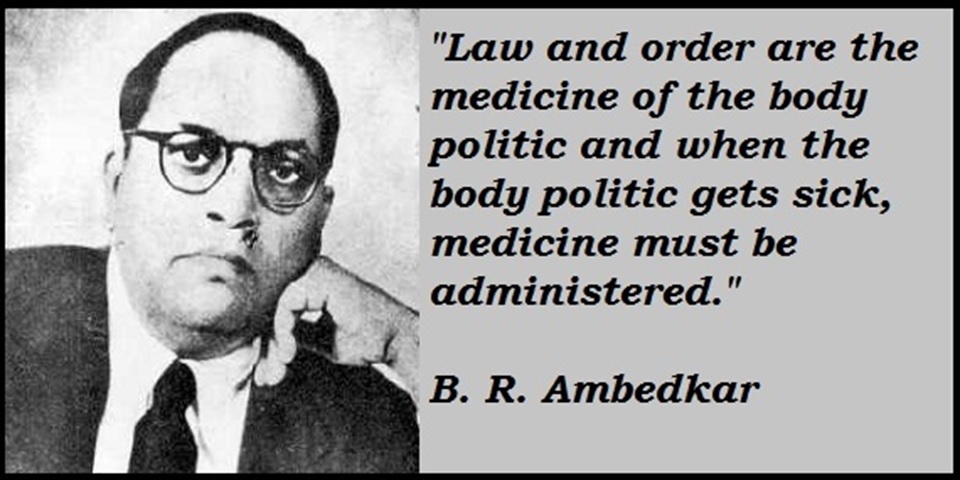 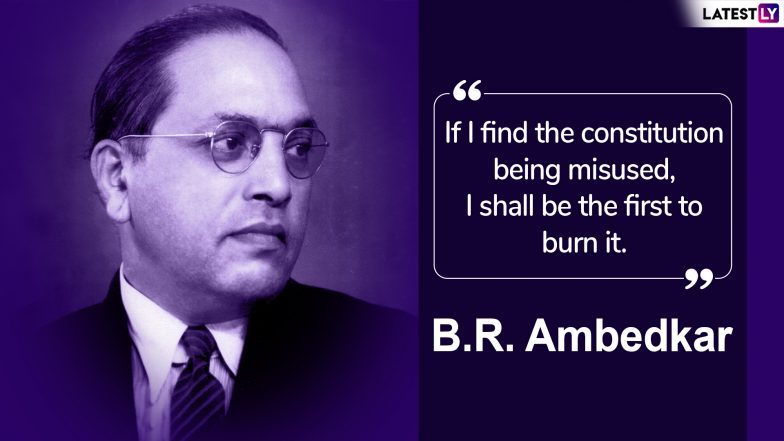 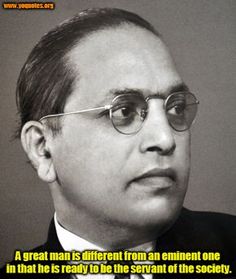 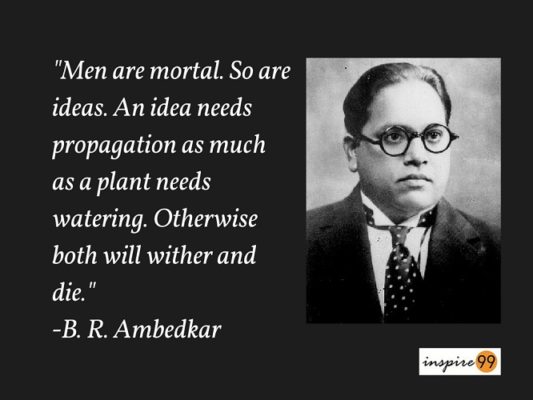 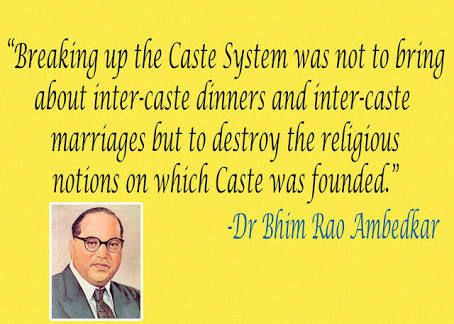 Let
us participate in Dhamma Dheeksha and Comemoration of Punyanumodana of
Bodhisatva Babasaheb Dr B.R. Ambedkar on 6th Dec 2019 at 11:30 AM at
Nagasena Buddha Vihar, No.249/46, 15th Main Road, 9th Cross Rajmahal
Vilas Extention, Sadhashivanagar, Bengaluru   to create Prabuddha
Bharat and ultimately Prabuddha Prapanch as Final Goal for the welfare,
happiness and peace for all Awakened societies.BAHUJAN KRANTI MORCHA.
Karnataka.
Is conducting…

VICHARA SANKIRNA
On the occasion of  PARINIRVANA of
Dr. B. R. Ambedkar.

Other subjects of Discussion:

Appointments on contract basis in central and state governments,
Privatisation of Education & UNIVERSITIES is a conspiracy to enslave the BAHJAN SAMAJ.
&
Denying
Representation of SC/ST, OBC & MINORITY COMMUNITIES in central & state administration, executive.

All MOOLNIVASI BAHUJAN ladies and gentlemen are invited

December 6 marks a special day for millions of All Aboriginal Awakened Societies including socially
backward citizens of Prabuddha bharat. It was on December 6, 62 years ago, that one
of the greatest crusaders of the countryâs marginalised communities,
Dr. Bhimrao Ramji Ambedkar passed away.
Two
months prior to his passing away, that Baba Saheb took a pivotal
step that would shape the course of the life of millions’ sarvajan
Hithaya sarvajan Sukhaya i.e., for their welfare, happiness and peace
and to attain Eterrnal Bliss as Final Goal.. This was the
time when he returned back to his own original home Buddhism along with
millions.
Baba Sahebâs return back  not only marked the beginning of
Buddhism that continues to gather more followers every year, but also
gave lakhs of SC/STs suffering under countryâs oppressive manusmriti caste system a
new lens to view their identity from, and redefine their place in the
country.
Speaking about the necessity of conversion, Ambedkar had in a speech in 1935 said,
âAfter giving deep thought to the problem, everybody will have to admit
that conversion is necessary to the Untouchables as self-government is
to India. The ultimate object of both is the same. There is not the
slightest difference in their ultimate goal. This ultimate aim is to
attain freedom. And if the freedom is necessary for the life of mankind,
conversion of Untouchables which brings them complete freedom cannot be
called worthless by any stretch of imagination.â
On October 14, 1956, the leader adopted Buddhism, along with lakhs of
his followers in a simple, traditional ceremony at Deekshabhoomi,
Nagpur.
The
event was as historic as it was unique. Episodes of mass returning back
to their own original home
are well known through time, yet this was probably the only one in the
countryâs recent history where lakhs of people, decided to return back
to their own original home  from
Hinduism to Buddhism not facing threat or for material gain, but because
of their unswerving faith in a leader.
Ambedkarâs returning back to Buddhism was not impulsive. It was as much an
endorsement of a new way of life for the countryâs awakened aboriginal community, as
it was a total rejection of Hinduism and the oppression it came to
characterise for people of the so-called âlower castesâ.
Declaring that he was born a Hindu, but would not die as one, at a small
conference held in Yeola, Nashik, Ambedkar had already quit Hinduism in
1935. Highlighting reasons for the decision, the leader told his followers, âSo
long as we remain in a religion, which teaches a man to treat another
man like a leper, the sense of discrimination on account of caste, which
is deeply rooted in our minds, can not go. For annihilating caste and
untouchables, return back to their own original  home  of religion is the only antidote.â
The leader also added how Hinduism had failed to secure basic human
rights for his people, perpetuating caste injustices instead.
It would, however, take more than 20 years before the leader finally
adopted Buddhism, taking his time to pour over teachings of different
religions. Ambedkar also attended various meetings with people of
different faiths and denomination analysing the pros and cons of
conversion and its implications for the countryâs aboriginal population.
He decided to return back to Buddhism in 1956, convinced that âBuddhaâs
dhamma is the bestâ and that Buddhism was the âmost scientific
religionâ. He was also convinced that Buddhism could improve the social
status of the countryâs oppressed classes.
In the hymns of the Rig Veda, Ambedkar said, âwe see manâs thoughts turned outwards, away from himself, to the world of the gods.â
Buddhism, he said, âdirected manâs search inwards to the potentiality
hidden within himselfâ. Whereas the Vedas are full of âprayer, praise
and worshipâ of the gods, Buddhism aims at âtraining of the mind to make
it act righteouslyâ.

Ultimately,
his decision was based on the firm conviction that returning to
Buddhism could really improve the social status of the
countryâs most oppressed classes, and give them a life of dignity and
equality.

Within two months after the returning back ceremony, Ambedkar passed
away. But, the religious movement that he set in motion has thrived, and
it now includes around four million Buddhists.


Awakened Aboriginal SC/STs have not only gained a new identity and dignity during this
time but have undergone a complete transformation. Educated and
confident, they are no longer apologetic about their caste origins and
are actively contributing to the growth story of a re-emerging India,
demanding what is rightfully theirs.


And while much still needs to be done, his vision of equal Indiaâ, it
is safe to say, continues to take incremental steps every day.

For
the above reason the just 0.1% intolerant, violent, militant, number
one terrorists of the world, cunning, crooked, ever shooting, mob
lynching, lunatic, mentally retarded Foreigners for Bene Israel
chitpavan brahmins of Rowdy/Rakshasa Swayam sevaks chose Dec 6th to
demolish Babri Masjid.
Yet
they claim they follow a certain food style too. They say that they do
not consume any spicy foods.
Most importantly, SC/STs converted as  Iyengar Nirmala Sitaraman by
ramanujar and other Sangh Parivar do not consume onions and garlic.

the ancient times, people never ate onions and garlic. These two
vegetables were never brought to any Sitaraman’s house.  However, many
people in the Smartha,
Iyengar and Madhava families do not consume onions or garlic even to
this day. As a part of naivedya that is served for the lord, the food
items are never prepared using onions and garlic as food is divided into
three groups. Satva, rajas, and tamas.Under the category of rajas can
make you want and desire worldy pleasures. Onions are known to increase
your sexual feelings.Tamas category, such as onions and garlic, is that
the mind becomes
evil, tending to be more angry and the mind can never be got under
control.


https://www.youtube.com/watch?v=PPydLZ0cavc
for
Maha-parinibbana Sutta â Last Days of the Buddha

This
wide-ranging sutta, the longest one in the Pali canon, describes the
events leading up to, during, and immediately following the death and
final release (parinibbana) of the Buddha. This colorful narrative
contains a wealth of Dhamma teachings, including the Buddhaâs final
instructions that defined how Buddhism would be lived and practiced long
after the Buddhaâs death â even to this day. But this sutta also
depicts, in simple language, the poignant human drama that unfolds among
the Buddhaâs many devoted followers around the time of the death
oftheir beloved teacher.

is the most Positive Energy of informative and research oriented site propagating the teachings of the Awakened One with Awareness the Buddha and on Techno-Politico-Socio
Transformation and Economic Emancipation Movement followed by millions
of people all over the world in 112 Classical languages.
Rendering exact translation as a lesson of this
University in oneâs mother tongue to this Google Translation and
propagation entitles to become a Stream Enterer (Sottapanna) and to attain Eternal Bliss as a Final Goal