WordPress database error: [Table './sarvajan_ambedkar_org/wp_comments' is marked as crashed and should be repaired]
SELECT ID, COUNT( comment_ID ) AS ccount FROM wp_posts LEFT JOIN wp_comments ON ( comment_post_ID = ID AND comment_approved = '1') WHERE ID IN (6922) GROUP BY ID

https://www.youtube.com/watch?v=3dfh8KP7NDc
Buddha-Sasana-âThe restraint of effluents related to the present lifeââThe prevention of effluents … to the next lifeâ
These
two aims, alone among the ten, refer to the results of actual
practicetoward Awakening. Effluents are unwholesome tendencies and
views, thetaints from which the human character is purified on the Path.
The Sanghafunctions in this regard by securing for itself the life most
conducive toupholding Buddhist principles, a life so barren of any
opportunity for personaladvantage that a self can scarcely find root,
except in the mind. Into its steadflow the wisdom and compassion that,
liberated from the tyranny of personalneediness, burst here and there
into various stages of Awakening. In this waythe Sangha, as long as it
follows the discipline scrupulously, producesrelatively effectively
Noble Ones from among its ranks.
Monastics are allowed by their vows to do almost nothing for themselves.
They
are permitted no livelihood, nor trade, and are isolated from
theconventional exchange economy. Their material needs are offered
entirely bythe laity. Monastics are proscribed, except in exceptional
circumstances, fromasking for anything, that is, they do not beg, but
only offer the opportunity togive. On alms rounds they are not to prefer
one house (the wealthy one, or thehome of the French chef) over
another. They are not even allowed to endearthemselves through charm and
wit to families with the intent of garneringbetter or greater
offerings, nor are they allowed to show off any specialpsychic powers
nor talk about attainments to gain in reputation. They can
buildthemselves a dwelling or sew robes for themselves, but if they do
so thesemust be limited in size and quality. They also curtail frivolous
speech, showsand entertainments and self-beautification, they observe
limits on what theycan own or store, and they do not eat after noon. Of
course curtailing sexualactivity is foundational to monasticism,
obviating the most reliable and well-worn route to entanglement in
Samsara.
On the other
hand there are almost no restrictions on what a monastic can dofor
others: on teaching, pastoral care, good works, advice, even physical
labor,as long as it is not compensated. Interestingly, the restrictions
on themonastics’ aid to others for the most part apply to traditional
priestly functions,such as predicting the future, healing or appealing
to the mercy of deities. TheBuddha created an order of renunciates, role
models and teachers, not ofpriests.
Virtually
all of the progress one (lay or monastic) is likely to make on
theBuddhist Path will be directly correlated with what is given up,
physicallyand/or mentally: the physical trappings of life, relations and
obligations likedebt and car ownership, behaviors like partying
flirtatiously or imbibingliberally, needy emotions of lust, greed, envy,
pride, avarice, aversive emotionsof anger, hatred, fear, jealousy,
denial and confusion, the distortion of self-view and having to be
somebody. The Buddhist Path entails a long process ofdisentanglement
strand by strand from soap-operatic existence, ofrenunciation. The power
of the monastic life is in setting high standards ofphysical
renunciation and offering virtually no channel for the
practicalexpression of the afflictive mental factors that refuse to let
go and generallyassault, for a time, even the most dedicated monastic
heart. Within themonastic container, meditation and study quickly
develop ripe and plump fruit.
The
analogous discipline of science develops a different kind of quality in
itspractitioners: talent for research. It implements policies that
provide very highstandards for assessing its quality, for publicizing
results and for allocatingresearch funding and employment where future
results prove most promising.Through continuous discourse at
conferences, in published journals and in informal contexts, research
results are continually refined and reevaluatedcooperatively within the
community to improve their quality. Peer review, andstandards for hiring
professors, granting tenure, awarding research grants, etc.also provide
other forms of constraint and encouragement.
ACRD_110 Ajahn Sucitto - “Training of Respect & Restraint”
Losel Boon Hong Chuah
9.36K subscribers
Ven.
Ajahn Sucitto, the abbot of Cittaviveka, Chithurst Buddhist Monastery,
was born in London, and ordained in Thailand in March 1976.
1978, Tan Ajahn moved to Britain and took up training under Luang Por Sumedho at the Hampstead Buddhist Vihara.

https://www.youtube.com/watch?v=_wwAnE65Ous&t=9s
Daily Buddhist Theravada Pali Chanting by VenVajiradhamma Thera
Dhammalink
5.9K subscribers
Daily Buddhist Theravada Pali Chanting by Venerable Vajiradhamma.
One of the best Pali Buddhist Chanting. It is a very peaceful, tranquil, pleasant and harmonious chanting.
This
Chanting has helped many people to become peace, calm and tranquil,
build mindfulness while listening and/or chant attentively, re-gain
confidence from fear and uncertainty, bring happiness and positive
energy for those who are in sick and those in their last moment in this
very life (as hearing is thought to be the last sense to go in the dying
process). May you get the benefits of this chanting too.
This
compilation consists of Recollection of Buddha (Buddhanusati or
Itipiso), Recollection of Dhamma (Dhammanusati), Recollection of Sangaha
(Sanghanusati), Mangala Sutta, Ratana Sutta, Karaniya Metta Sutta,
Khandha Sutta, Bhaddekaratta Gatha, Metta Chant, Accaya Vivarana,
Vandana, Pattanumodana, Devanumodana, Punnanumodana and Patthana.
This
compilation is made possible by Venerable Samanera Dhammasiri getting
the permission from Venerable Vajiradhamma Thera to compile and
distribute, and co-edit and proofing. The background image is photo
taken by Venerable Dhammasubho. First compilation completed in 2007 and
further edit was done in 2015. Thanks and Sadhu to all who have assisted
and given me the opportunity to do this compilation especially my
family. May the merits accrue from this compilation share with all. With
Metta, Tissa Ng.
Website: www.dhammalink.com
Copyright Â© 2007-2015 dhammalink.com
All right reserved. Permission is granted to duplicate without modification for non-commercial purpose.
Download Chanting Book here:
https://drive.google.com/file/d/1HGf2…â
[You MUST retain this notice for all the duplication, linking or sharing]

Proposed programme to be conducted at

4. Reprinting and releasing  - LIFE OF THE BUDDHA

6. One day residential meditation retreat once a month in Classical Kannada

8. Webinar on the life story of Bada Bhanteji and his services - by Mettaloka ex-students

9. Panel discussion on - ‘Growth of Buddhism in Karnataka’ - with monks, professors and public

10. Meditation retreat for professors and lecturers in Mysore University

16. Completion of Book ‘AT THE LOTUS FEET OF THE BUDDHA’ and quiz competition for children

19. Special meditation for teachers on the second Saturday of every month

20. Distribution of ‘Life of the Buddha’ book to 400 children including Online

29. Renovation of kitchen and pantry setup donated in the name of Bada Bhanteji on his birth anniversary by Mr. Pala and Ms. Jutta

30. New carpets for the Dhamma Hall sponsored by Nagsen Dhoke and family donated in the name of Bada Bhanteji

32. Introducing celebration of annual Thanks Giving Day in our calender (Thanks giving to Bada Bhanteji, venerable monks, donors, sponsors, parents and staff) 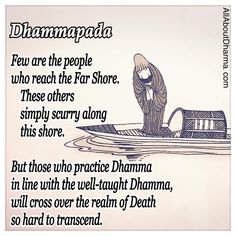 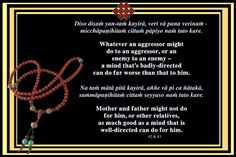 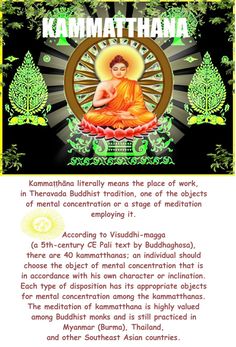 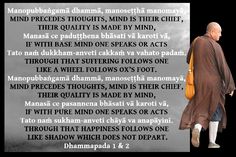 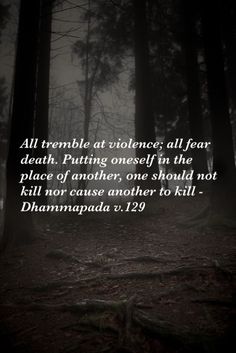 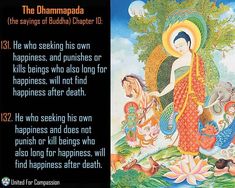 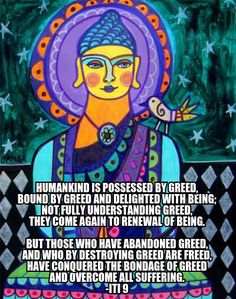 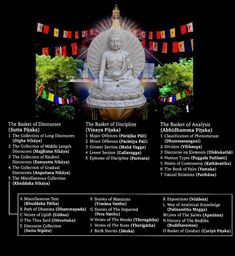 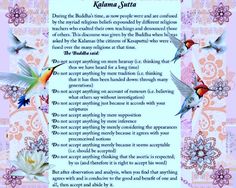 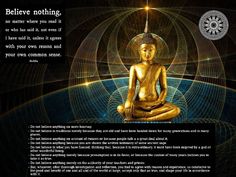 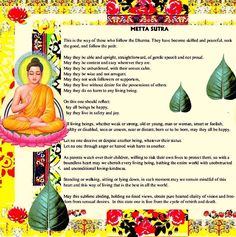 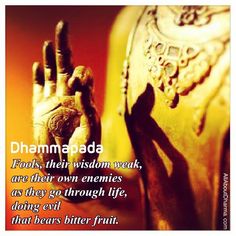 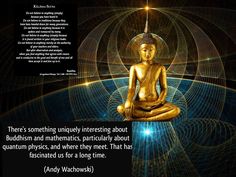 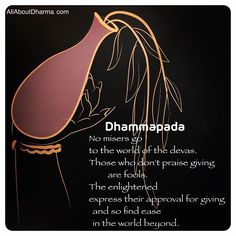 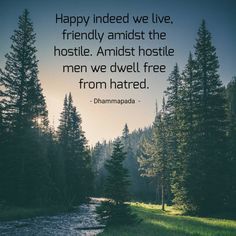 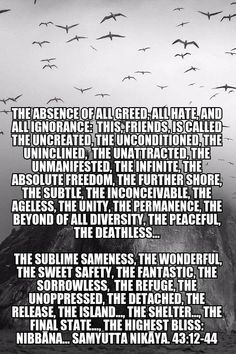 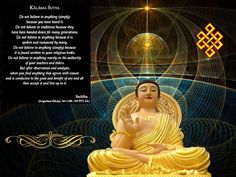 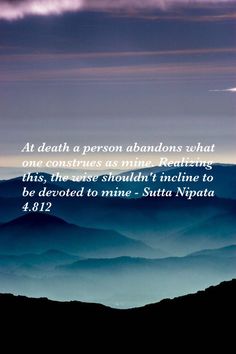 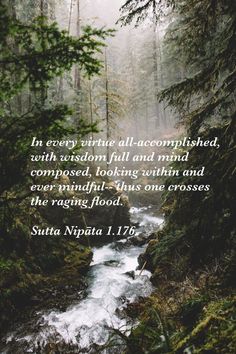 Can’t we forget the rampage of PMK… Can we forgive…
Let us beat the death bell to the Sanathan ‘PMK’.
Sanathana who supported PMK - Let us teach a lesson tâ¦

WordPress database error: [Table './sarvajan_ambedkar_org/wp_comments' is marked as crashed and should be repaired]
SELECT COUNT(comment_ID) FROM wp_comments WHERE comment_post_ID = 6922 AND comment_approved = '1';

WordPress database error: [Table './sarvajan_ambedkar_org/wp_comments' is marked as crashed and should be repaired]
SELECT COUNT(*) FROM wp_comments WHERE comment_post_ID = '6922' AND comment_approved = '1'