WordPress database error: [Table './sarvajan_ambedkar_org/wp_comments' is marked as crashed and should be repaired]
SELECT ID, COUNT( comment_ID ) AS ccount FROM wp_posts LEFT JOIN wp_comments ON ( comment_post_ID = ID AND comment_approved = '1') WHERE ID IN (1225) GROUP BY ID

LESSON â 27
It is better to conquer yourself than to win a thousand battles. Then the victory is yours. It cannot be taken from you, not by angels or by demons, heaven or hell.
Buddha Quote 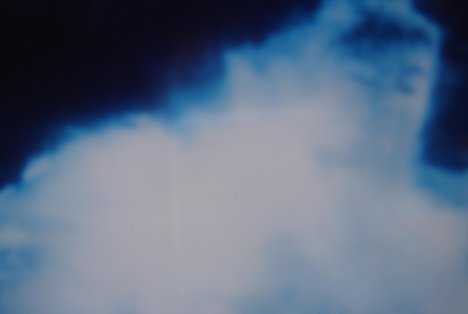 The Uttar Pradesh Chief Minister Ms. Mayawati has greeted the

people of the State on the occasion of Eid-Ul-Fitar.

In a greetings message, Ms. Mayawati said the festival of Eid

symbolises peace and communal harmony. It also strengthens the

feeling of mutual brotherhood in the society. She said Eid brought

Ramzan. It symbolised social and notional unity as well.

The Chief Minister has appealed to the people to celebrate the

Four Chinese universities figure in the list of the world’s best 50 educational institutions, even as India’s sole representative in the top 200 - IIT Bombay - has slipped 24 places from its 2009 position.

The University of Cambridge has replaced Harvard as the world’s best university in the prestigious QS World University Rankings, 2010, published in London yesterday. Six of the top 10 universities in the world are American, the other four are in the UK. The US and UK share positions 1 through 17 among themselves.

The QS rankings, earlier published in collaboration with Times Higher Education, are an annual ranking of the top 500 universities in the world, based on an academic reputation index, employer reputation index, institution inclusion, and research among other criteria.

Hong Kong University of Science and Technology is at No. 40, down from No. 35 last year.

Beijing’s Tsinghua University is the fifth Chinese institution in the top 100, coming in at No. 54.

Martin Ince, convener of the Academic Advisory Board for the QS World University Rankings, said that the poor performance by the IITs apart, “the real story is the very modest showing of all other Indian higher education in our rankings”.

“Delhi University scores well in our assessment of academic and employer opinion but very poorly on our other measures - faculty/student ratio, citations, international staff, international students,” Ince wrote in an email to The Indian Express.

“This is a very modest performance for the flagship university of a very significant nation… Note too that many universities around the world are investing heavily and want to be prominent in this and other rankings. So universities need to improve just to stand still.”

IIT Guwahati director, Prof Gautam Barua, expressed surprise and disappointment over the steep fall in the institute’s rank and said he would examine the issue. IIT Kanpur director Sanjay G Dhande, however, said that wide disparities in the budgetary structures of Indian and Western institutions - even though faculty and student profiles may be comparable - make it unfair to measure them by the same yardstick.

Indian government policymakers argue that international ranking criteria are based largely on western models and do not take into account several other indicators. The University Grants Commission is in fact, in the process of developing its own ranking system based on “Indian indicators of performance”.

Ince, however, argued that “the much more prominent position of Chinese universities than Indian ones proves that we are not simply being nice to western institutions”. He added, “In fact, India’s tradition of the English language ought to give it a big advantage over China in world higher education, but we do not see this effect at work.”

“In the next ten years several of our institutes will be among the top 100 in international rankings. Without commenting on the merits and demerits of these rankings, with the reform in education systems, we should see more Indian institutes figuring on them. It should also be thought what should be adopted as a global criteria… not necessary it has to be western-style”, Sibal told The Indian Express.

A Cabinet of crorepatis

Folklore may ascribe immeasurable wealth to India’s Cabinet Ministers, but going by what they have officially filed â and now made public — many of them fall way short of the anticipated riches.

Nonetheless, it is a Cabinet predominantly of crorepatis. The first among equals, Prime Minister Manmohan Singh is not the richest member of his Cabinet, but even he reports a total asset value of Rs. 4.30 crore.

Surprisingly, Finance Minister and the presumed number two, Pranab Mukherjee, is some distance away from Dr. Singh with his total assets valued at around Rs.1 crore. This is apart from the assets held by Mr. Mukherjee’s wife estimated at just under Rs. 1.5 crore. With a total asset value of around Rs.1 crore, External Affairs Minister S.M. Krishna also falls behind the Prime Minister. Mr. Krishna’s wife, Prema, owns assets worth another Rs.1 crore.

Strikingly, many of the Ministers are poorer than their spouses, among them. Home Minister Chidambaram and Petroleum Minister Murli Deora. Mr. Chidambaram has movable (shares, bank deposits, cash, jewellery etc.) and immovable assets worth Rs. 5 crore while the assets of his wife, Nalini, add up to over Rs. 7 crore. At approximately Rs. 15 crore, Mr. Deora’s assets are considerably lower than Hema Deora’s pegged at around Rs. 31 crore.

His wife Alka’s assets are valued at Rs. 1.5 core. Mr. Kamal Nath and his family have business interest in at least 22 firms.

The total assets of Union Minister for Commerce and Industries Anand Sharma are valued at Rs. 2.5 crore. He has not reported the assets held by his wife. Union Minister for Chemical and Fertilizers M.K. Alagiri has movable and immovable assets worth about Rs. 9 crore.

This is apart from the holdings of his wife and son worth about Rs. 6 crore.

One of the richest members of the Council of Ministers, Civil Aviation Minister Praful Patel holds immovable assets worth nearly Rs. 35 crore.

This is besides assets totalling Rs. 40 crore in the name of his wife Varsha. Minister of State for Commerce and Industry Jyotiraditya Scindia has assets estimated at over Rs. 30 crore which excludes inherited property worth crores from the royal Scindia family.

The information was compiled from data obtained under the Right to Information Act by S.C. Agrawal and election affidavits filed by the Ministers. WordPress database error: [Table './sarvajan_ambedkar_org/wp_comments' is marked as crashed and should be repaired]
SELECT COUNT(comment_ID) FROM wp_comments WHERE comment_post_ID = 1225 AND comment_approved = '1';

WordPress database error: [Table './sarvajan_ambedkar_org/wp_comments' is marked as crashed and should be repaired]
SELECT COUNT(*) FROM wp_comments WHERE comment_post_ID = '1225' AND comment_approved = '1'