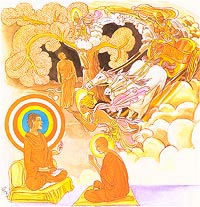 Who checks arising anger
as with chariot away,
that one I call a charioteer,
others merely grip the reins.

Explanation: That person who is capable of curbing sudden
anger is like the expert charioteer who restrains a chariot rushing
out of control. That person I describe as a true charioteer. The other
charioteer is a mere holder of the reins.

Verse 222: He who restrains his rising anger as a skilful charioteer checks a
speeding chariot, â him I call a true charioteer; other charioteers
only hold the reins.

The Story of a Bhikkhu

While residing at the Aggalava stupa in the city of Alavi, the Buddha uttered
Verse (222) of this book, with reference to a bhikkhu.

Once, a bhikkhu from Alavi wanted to build a monastery for himself and so he
began to cut down a tree. The deva dwelling in that tree (rukkha devata) tried
to stop him, saying that she and her infant son had nowhere to go. Failing to
stop the bhikkhu she put her son on a branch, hoping that it would stop him from
felling the tree. By then, the bhikkhu was already swinging his axe and he could
not stop it in time and unintentionally cut off an arm of the child. Seeing her
child being harmed in this way, the mother flew in a rage and was about to kill
the bhikkhu. As she raised her hands to strike the bhikkhu, she suddenly checked
herself and thought, “If I were to kill a bhikkhu, I would be killing one
who observes the moral precepts (sila); in that case, I would surely suffer in
niraya. Other guardian devas of the trees would be following my example and
other bhikkhus would also be killed. But this bhikkhu has a master; I must go
and see his master.” So she went weeping to the Buddha and related all that
had happened.

To her the Buddha said, “O rukkha devata! You have done well to
control yourself.”

At the end of the discourse the deva attained Sotapatti Fruition, and for her
dwelling place she was offered a tree near the Perfumed Chamber of the Buddha.
After this incident, the Buddha forbade bhikkhus to cut vegetation, such as
grass, plants, shrubs and trees. 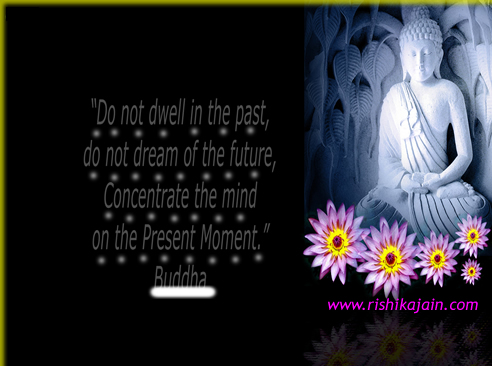