Dhammapada: Verses and Stories 224-Mahamoggallanapanha Vatthu-Three Factors Leading To Heaven-Bodhisattva Ambedkar said to his people -Duties of the Buddhist Dhammacari

What America is All About-Fioli Loop San Ramon-Sunnyvale-
The Official Tourism Site of Rochester, NY! 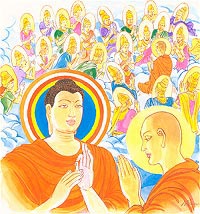 Speak truth and be not angry,
from little give to one who asks,
by these conditions three to go
unto the presence of the gods.

Explanation: Speak the truth. Do not get angry. When asked,
give even a little. These three factors will ensure that you will
reach the deities.

Verse 224: One should speak the truth, one should not yield to anger, one
should give when asked even if it is only a little. By means of these three, one
may go to the world of the devas.


The Story of the Question Raised by Thera Maha Moggallana

While residing at the Jetavana monastery, the Buddha uttered Verse (224) of
this book, with reference to the question raised by Thera Maha Moggallana.

On his return from the deva world, Thera Maha Moggallana asked the Buddha
whether it was possible to gain such great benefits by just speaking the truth,
or by restraining one’s actions, or by giving small amounts of such trifling
things like fruits and vegetables. To him the Buddha answered, “My son,
why do you ask? Have you not seen for yourself and heard what the devas said?
You should not have any doubt. Little deeds of merit surely lead one to the
world of the devas.”

Duties of the Buddhist Dhammacari

Dhammacari (Pali: DhammacÄrÄ«; lit., “one who follows the Dhamma“) is a term used in some Theravada Buddhist communities to refer to lay devotees (upÄsakas)
who have seriously committed themselves to Buddhist practice for
several years. Dhammacaris follow four training vows in addition to the
traditional Five Precepts that all lay devotees follow.

In Theravada Buddhism, an anagarika (Pali:
anÄgÄrika/Ä; lit., “homeless one”) is a person who has given up most or
all of his worldly possessions and responsibilities to commit fulltime
to Buddhist practice. It is a midway status between monk and layperson where one takes on the Eight Precepts
for the entire anagarika period, which could be for life. Anagarikas
usually wear white clothes or robes, depending on the tradition they
follow. Some traditions have special ordination ceremonies for
anagarikas, while others simply take the eight precepts with a special
intention.

In monastic settings, lay attendants for monks or nuns
are needed. The monastic rules restrict monks and nuns from many tasks
that might be needed, including the use of money, driving, cooking,
digging and cutting plants, so lay attendants help bridge this gap.
Anagarikas differ from laity by their commitment to Buddhism, to their
precepts and to the monastics. There is usually a notable difference in
their manner, appearance and attire. In most cases, they are fulltime
residents at the monastery where they ordained. Anagarikas often have
the intention of becoming a monk or nun at a later point, though not
always. In some monasteries a period as an anagarika, often one year, is
required in order to take novice ordination.

A Bhikkhu (PÄli) or Bhiká¹£u (Sanskrit) is an ordained male Buddhist monastic. A female monastic is called a Bhikkhuni (Skt: Bhiká¹£uá¹Ä«) Nepali: ). The life of Bhikkhus and Bhikkhunis is governed by a set of rules called the patimokkha within the vinaya’s framework of monastic discipline. Their lifestyle is shaped to support their spiritual practice, to live a simple and meditative life, and attain Nibbana. In the Vinaya monastic discipline, a man under the age of 20 cannot ordain as a bhikkhu but can ordain as a samanera; the female counterpart is samaneri.

Bhikkhu may be literally translated as “one who lives by alms“. It is philologically analysed in the PÄli commentary of Buddhaghosa as “the person who sees danger (in samsara or cycle of rebirth)” (PÄli: ikkhatÄ«ti: bhikkhu). He therefore seeks ordination to release from it. The Dhammapada states:

He is not thereby a Bhikkhu


merely because he seeks alms from others;


by following the whole code (of morality)


one certainly becomes a Bhikkhu and not (merely) by seeking alms.

Herein he who has transcended both good and evil,


whose conduct is sublime,


who lives with understanding in this world,


he, indeed, is called a Bhikkhu

A nun is a woman
who has taken vows committing her life to her religion. She may be a
woman who decided to dedicate her life to serve the other living beings
or to be an ascetic who voluntarily chooses to leave mainstream society and live her life in prayer and contemplation in a monastery or convent. The term “nun” is applicable to Catholics â both eastern and western traditions â Orthodox Christians, Anglicans, Lutherans, Jains, Buddhists, Taoists, and Hindus. While in common usage the terms nun and sister are often used interchangeably, in some cases they are differentiated, a nun being a religious woman who lives a contemplative cloistered life of prayer and meditation for the salvation of others, while a sister, in Christian Catholic order like Mother Teresa’s Missionaries of Charity, lives an active vocation of prayer and service, often to the needy, sick, poor, and uneducated.

All Buddhist
traditions have nuns, although their status is different among the
various Buddhist countries. The Buddha is reported to have allowed women
into the sangha
only with great reluctance, predicting that the move would lead to
Buddhism’s collapse after 500 years, rather than the 1,000 years it
would have enjoyed otherwise (this prophecy occurs only once in the
Canon and is the only prophecy involving time in the Canon, leading some
to suspect that it is a late addition.) Fully ordained Buddhist nuns (bhikkhunis) have more Patimokkha-rules than the monks (bhikkhus). The important vows are the same, however.

A samanera may be translated as novice monk in a Buddhist context. The literal meaning is ’small samana‘, that is, small renunciate where ’small’ has the meaning of boy or girl. In the Vinaya monastic discipline, a man under the age of 20 cannot ordain as a bhikkhu, but can ordain as a samanera. The female counterpart of the samanera is the samaneri. Samaneras and samaneris keep the ten precepts as their code of behaviour, and are devoted to the Buddhist religious life during a break from secular schooling, or in conjunction with it if devoted to formal ordination.

After a year or at the age of 20, a samanera will be considered for the higher Bhikkhu or Bhikkhuni ordination (Pali: upasampada).
Some monasteries will require people who want to ordain as a monk to be
a novice for a set period of time, as a period of preparation and
familiarization. Adults would normally wear the white robes of a Brahmin, as do mae ji, who do not seek ordination.

A samaneri (PÄli language) is a novice Buddhist nun, who lives according to the ten precepts. Male novices are called samaneras.
A woman is to be ordained, according to Theravada tradition, by both a
monk and a nun, first as a samaneri. After a year or at the age of 20,
she will be ordained as a full bhikkhuni. The Theravada vinaya has 311 rules of discipline for bhikkhunis. Within Chinese society, as an example, members of the Sangha are expected to renounce family connections and accept the Sangha as their family.

UpÄsaka (masculine) or UpÄsikÄ (feminine) are from the Sanskrit and PÄli words for “attendant”. This is the title of followers of Buddhism (or, historically, of Gautama Buddha) who are not monks, nuns, or novice
monastics in a Buddhist order, and who undertake certain vows. In
modern times they have a connotation of dedicated piety that is best
suggested by terms such as “lay devotee” or “devout lay follower.”

The five vows to be held by upÄsakas are referred to as the “Five Precepts” (PÄli: paÃ±casÄ«la):

In the Theravada tradition, on Uposatha days, devout lay practitioners may request the “Eight Precepts” from monastics (Pali: uposathaÅ samÄdiyati).

In traditional Theravada communities, a non-Buddhist becomes a Buddhist lay disciple by repeating the ancient formulas for the Three Refuges and the Five Precepts in response to the formal administrations of a monk or by himself in front of a stupa
or an image of the Buddha. Newborns of Buddhist parents are
traditionally initiated by being brought on their first outing to a
temple on a full-moon or festival day where they are presented to the Triple Gem.

What America is All About

Estimate that the view is towards the northeast.  Video
shows that this feature was rotating clockwise (anticyclonic).
There is now mounting evidence that this indeed was the Sunnyvale
F2 tornado. Analyses of radar and other videos taken by citizens
suggest that the Sunnyvale tornado was anticyclonic and, possibly,
multiple vortex. This image suggests a double funnel, with an
additional nearly horizontal small funnel off to the left
about half-way up the main lowering. The image suggests that
another funnel cloud was present on a more distant lowered cloud
base. There are always reasons in every season to visit Rochester.

“Who
Knew?!” exclaimed a USA Today article on Rochester that went on to call
us a “serendipitous and surprising getaway”.  We think once you VisitRochester,
you’ll be delighted at your discoveries as well. Its people and places
live up to our top rankings for friendliness, family fun and memorable
getaways. Famous sites blend with charming neighborhoods and historic
canal towns to create a mosaic of attractions to visit. Cruise, bike or
hike, on the original Erie Canal path while visiting great restaurants,
shops and quaint villages along the way. You’ll soon discover why we
think Rochester is made for Living…for a weekend or a lifetime. 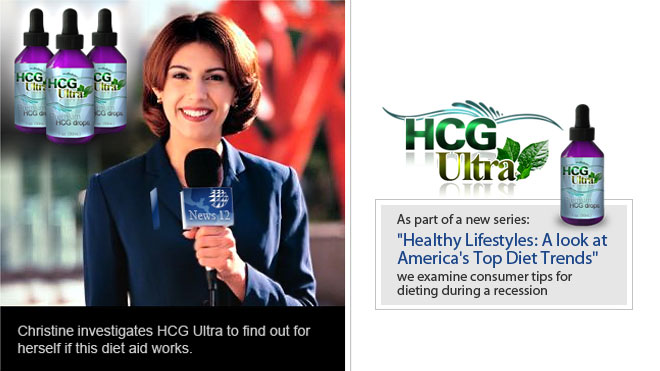