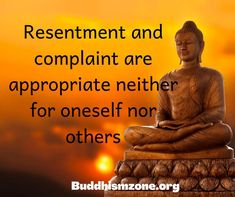 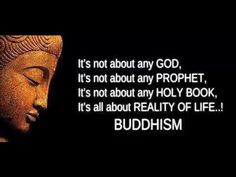 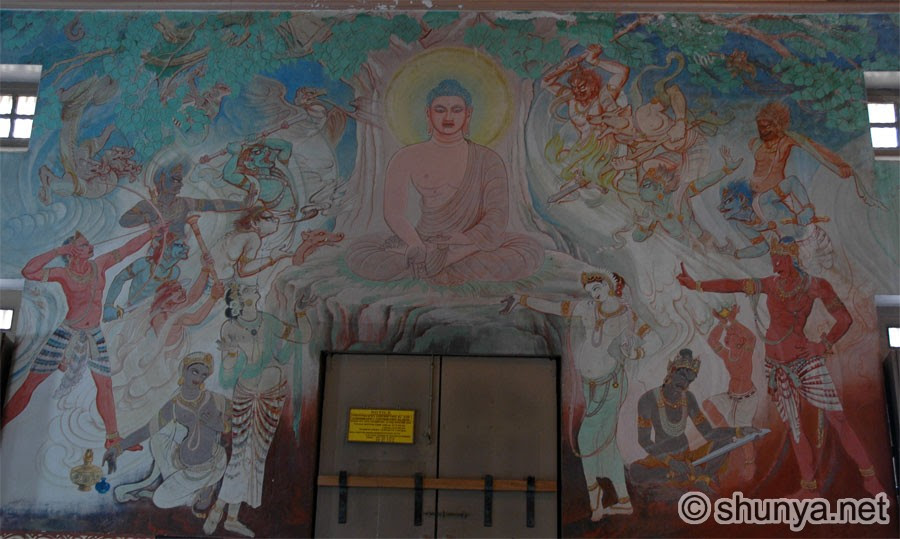 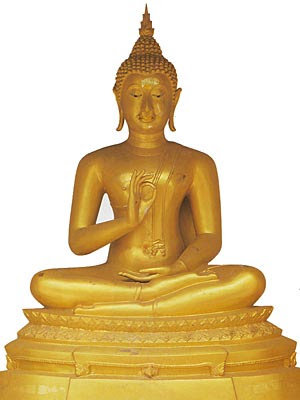 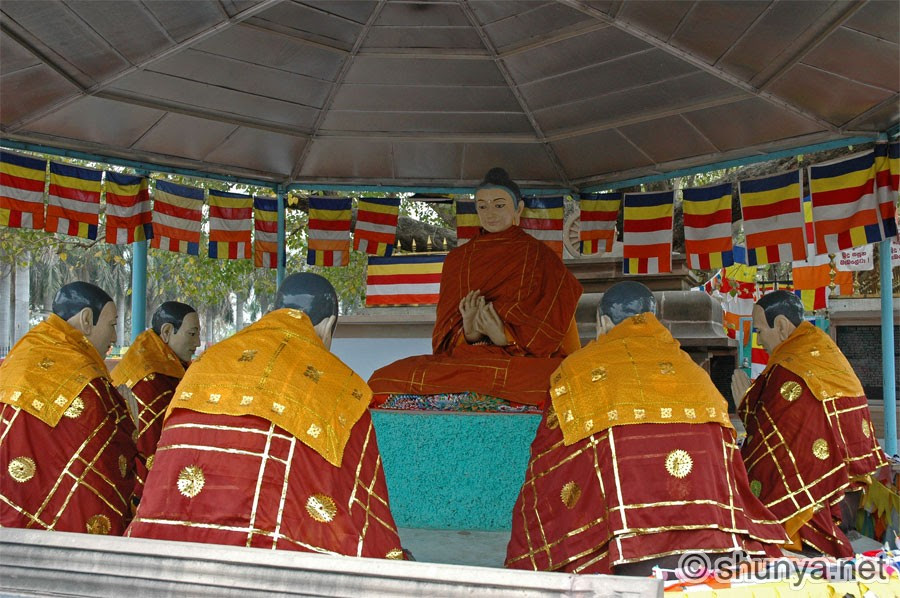 https://tricycle.org/…/budd…/what-is-theravada-buddhism/
What is Theravada Buddhism?
Of
the sects that arose after the Buddhaâs death, what we now call
Theravada, the âway of the elders,â is the sole surviving strand. As the
oldest of the three main Buddhist traditions, it is the one most
closely associated with the teachings of the historical Buddha. The
school is rooted in the Tipitaka (Sanskrit, Tripitaka), âthe three
baskets,â three collections of texts. Collected in the Tipitaka are some
of the earliest known Buddhist texts: the Suttas (Sanskrit, sutras),
accounts of hundreds of oral teachings given by the Buddha and his
senior disciples; the Vinaya, rules of the monastic order; and the
Abhidhamma (Sanskrit, Abhidharma), later scholarly commentaries on the
teachings. Together they form the Pali canon, a collection of
foundational texts that comprise the doctrinal basis of Theravada.
Theravada
rests on core Buddhist teachings including the four noble truths and
eightfold path to enlightenment, the three jewels (Buddha, dharma, and
sangha), and concepts such as impermanence, non-self, karma, rebirth,
and dependent origination (the co-arising of phenomena), along with
ethical precepts and the meditation practices of samatha (calm abiding)
and vipassana (insight).
Although
the Buddha set out ethical guidelines for lay practitioners, Theravada
is essentially a monastic tradition, emphasizing vows of renunciation
and self-purification. For the Theravadin, the spiritual ideal is the
arahant (Sanskrit, arhat), or âaccomplished one,â who through solitary
effort attains nirvanaâliberation from the suffering of cyclic existence
that marks samsara, or worldly life. In classical Theravada, a
layperson could become a âstream-entererââthe first of four levels of
attainment on the path to enlightenment. But the disciplined life of a
monastic was deemed essential to reach the highest levelâa non-returner
like the Buddha, whose âfinal nirvanaâ experienced at his death freed
him from rebirth.
Theravada
has sometimes been called âSouthern Buddhismâ: from its origins in
northern India, it fanned out across southern Asia and today remains the
predominant form of Buddhism practiced in Sri Lanka, Myanmar (Burma),
Thailand, Cambodia, and Laos, and it is also practiced in Europe, the
Americas, and beyond.

tricycle.org
What is Theravada Buddhism?
Theravada
Buddhism is the oldest of the three main Buddhist traditions and is
most closely associated with the teachings of the historical Buddha.

https://www.aljazeera.com/gallery/2013/6/17/in-pictures-thailands-female-monks/
In pictures: Thailandâs female monks
Thai women have not been ordained as monks for seven centuries â but one woman is trying to revive the tradition. 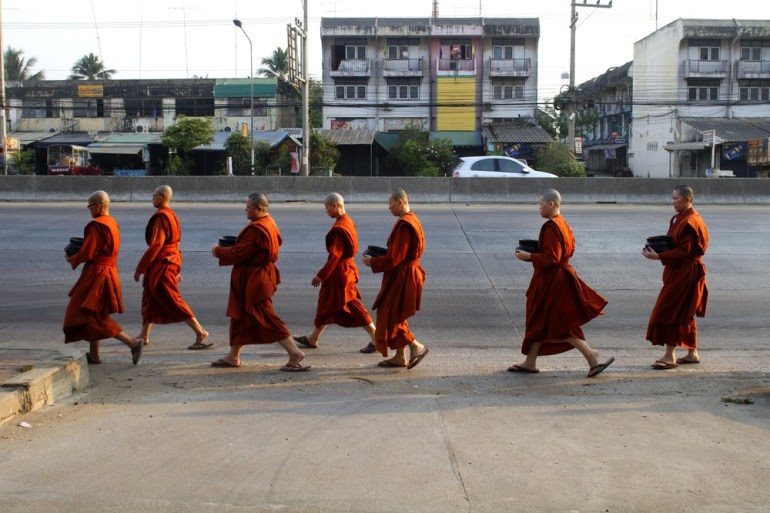 Chatsumarn Kabilsingh, 68, is trying to revive the ancient tradition of
ordaining women monks. She was ordained a full bhikkhuni in Sri Lanka,
becoming the Venerable Dhammananda, and returned to Thailand to help
other women follow the same path. 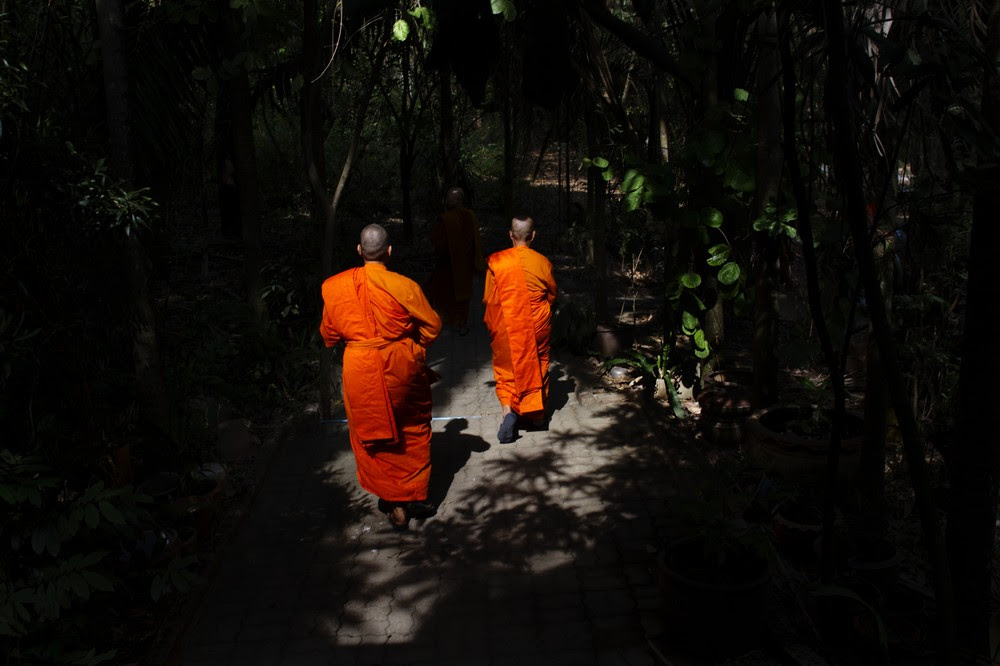 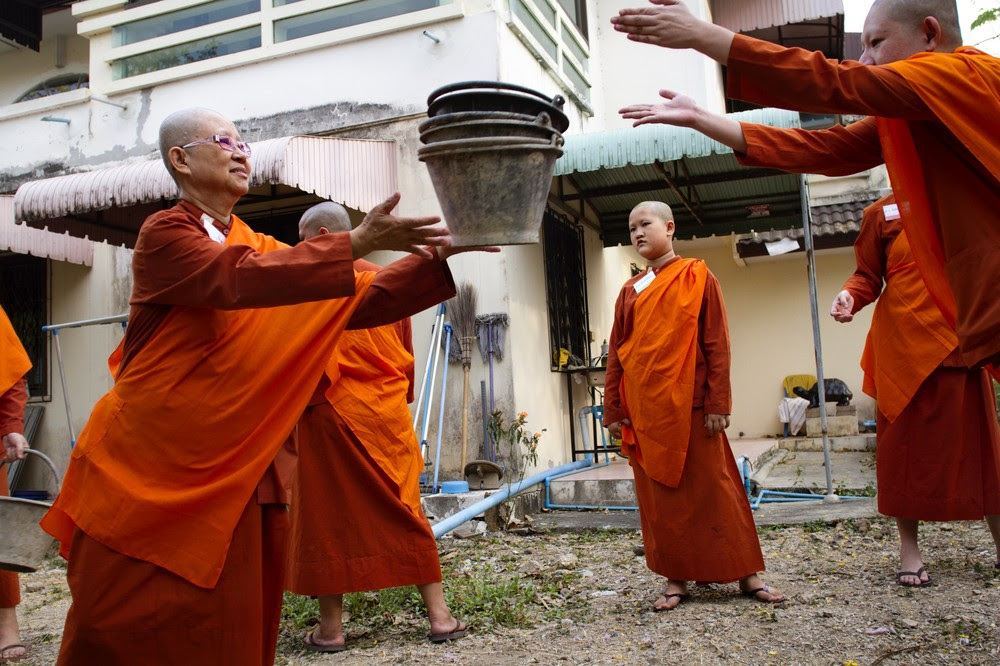 Samaneris, or novice nuns, during a community work session at Wat
Songkdhammakalayani, the first temple gathering fully ordained nuns in
Thailand since 1960. All nuns are placed at the same level, regardless
of their prior education or training. 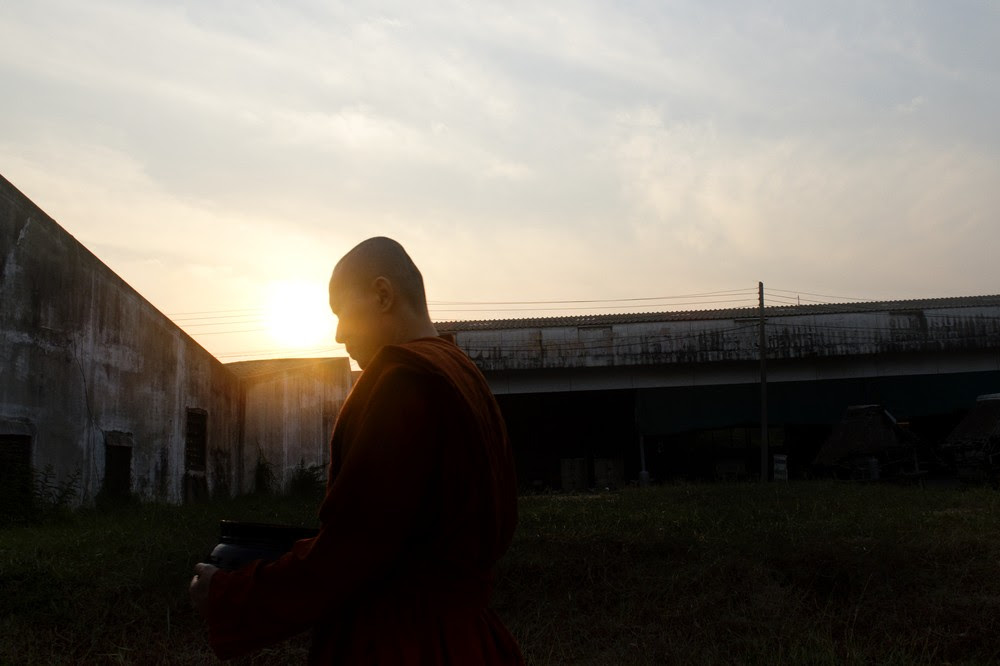 A novice nun begging for food near Wat Songkdhammakalayani. 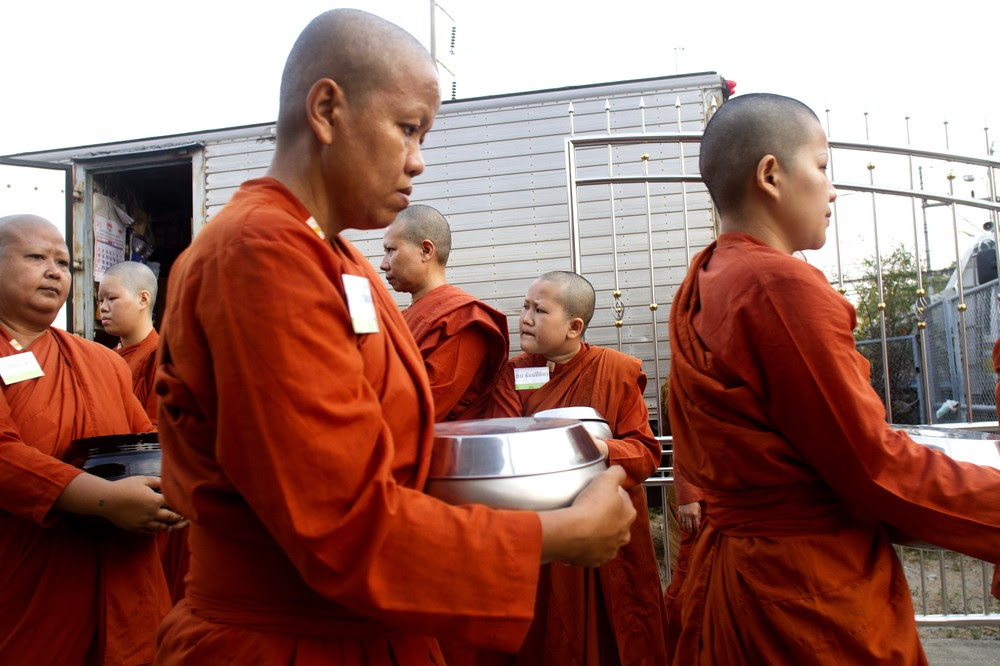 People from communities around the monastery feed the monks. 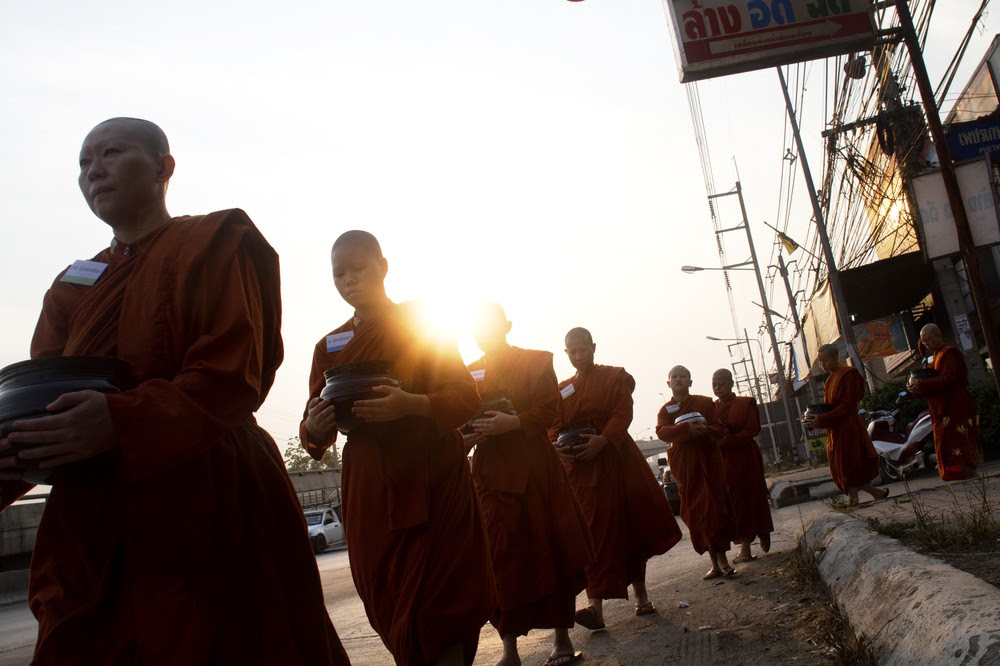 New Samaneris (Buddhist novice nuns) during the Almsround (a food-giving
ceremony that symbolizes humbleness) near Wat Songdhammakalyani, the
first temple gathering fully ordained nuns in Thailand since 1960.
People from communities around the monastery feed the Bhikkhunis (female
buddhist monks). 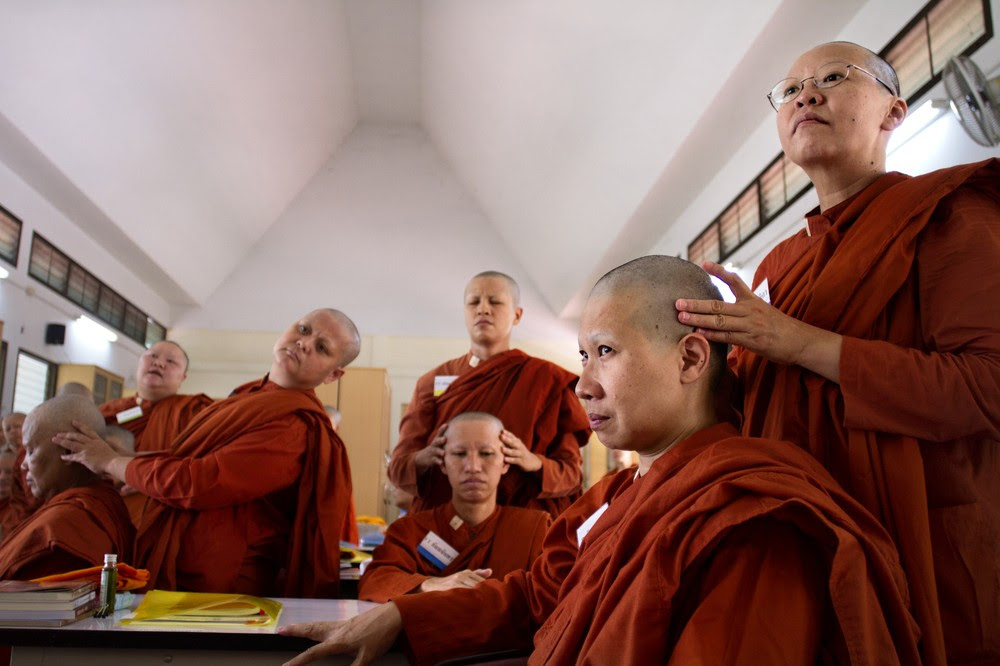 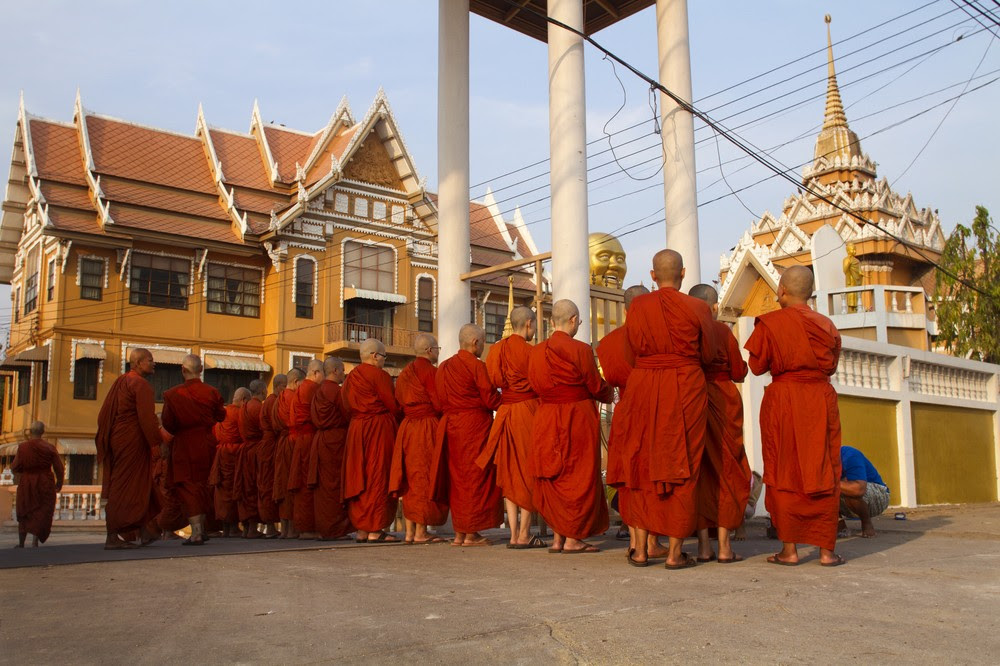 Thai Sangha, the religious authority in Thailand, does not recognise ordinations of women.

We will make BSP supremo Ms. Behen Kumari Mayawati ji as the Prime Minister of this country for Awakened YOUNIVERSE
à¤®à¤¿à¤¶à¤¨ 2024 (à¤¬à¤¸à¤ªà¤¾)