WordPress database error: [Table './sarvajan_ambedkar_org/wp_comments' is marked as crashed and should be repaired]
SELECT ID, COUNT( comment_ID ) AS ccount FROM wp_posts LEFT JOIN wp_comments ON ( comment_post_ID = ID AND comment_approved = '1') WHERE ID IN (3945) GROUP BY ID

Classical Buddhism (Teachings of the Awakened One with Awareness) belong to the world, and everyone have exclusive rights:JC

is the most Positive Energy of informative and research oriented site propagating the teachings of the Awakened One with Awareness the Buddha and on Techno-Politico-Socio Transformation and Economic Emancipation Movement followed by millions of people all over the world in 105 Classical languages.

Rendering exact translation as a lesson of this
University in oneâs mother tongue to this Google Translation and
propagation entitles to become a Stream Enterer (Sottapanna) and to attain Eternal Bliss as a Final Goal.

jambhati â to yawn, to awaken oneself, to rise, go forth

This sutta gathers various instructions the Buddha gave for the
sake of his followers after his passing away, which makes it be a very
important set of instructions for us nowadays. BIJNOR:
The Bahujan Samaj Party (BSP) on Saturday announced its decision to
field five Muslim candidates out of eight assembly seats in Bijnor.
Mayawati’s apparent attempt at combining SC/ST-Muslim votes has sent the
ruling Samajwadi Party into a tizzy.

Notably, BSP has tentatively decided to field over 100 Muslim
candidates, its highest ever, in the 2017 polls - majority of them in
the western Uttar Pradesh.

Bijnor has a significant Muslim
population. Many assembly segments here have more than a lakh Muslims
and over 50,000 SC/ST votes. In the last assembly elections, BSP had won
four seats in the district while BJP and SP got two each.

Of the eight seats here, two are reserved.

According
to a recent report, BSP has tentatively decided to field over 100
Muslim candidates, its highest ever, in the 2017 polls - majority of
them in the western Uttar Pradesh.SP’s district president Anil Yadav,
however, said, “BSP’s strategy will not impact our party. Our foundation
is solid. Chief minister Akhilesh Yadav is working very well. Our party
will retain power in the next polls.”

Murderer
of democratic institutions (Modi) and all its associate avathars are
shani and peda of the nation which is eclipsing the development and
progress as enshrined in the modern Constitution whose architect is Dr
BR Ambedkar.

They are Shani and
Pedal of the nation trying to bury the Techno-Politico-Socio
Transformation and Economic Emancipation Movement and the teachings of
the Awaken One with Awareness without knowing that they are seeds that
keep sprouting as Bodhi Trees.

If all the fraud EVMs are replaced by paper ballots they will not even get 1% of the votes.

Only
Ms Mayawati’s BSP which got majority of the seats in UP Panchayat
Elections with these paper ballots will the not only become the CM of UP
but also the next PM of Prabuddha Bharath.

http://www.bharatvani.org/books/ait/ch49.htm
https://in.news.yahoo.com/cji-responds-pm-modi-vacations-155000413.html
EVMs have been under a cloud of suspicion over their alleged
tamparability and security problems during elections (especially after
the 2009 general elections).

Now the CEC says that
all the EVMs will be replaced in the 2019 general elections.
http://economictimes.indiatimes.com/â¦/articlesâ¦/51106327.cms 2019
general elections to have paper-trail electronic voting machines: Nasim
Zaidi,
In fact

Joining
the controversy regarding the reliablity of Electronic Voting Machines
(EVMs) which have been questioned by political parties, the RSS today
asked the Election Commission (EC) to revert back to tried and tested
paper ballots and subject EVMs to public scrutiny whether these gadgets
are tamper proof. In an editorial titled ‘Can we trust our EVMs?’, The
Organiser, the RSS mouthpiece, noted it was a fact that till date an
absolutely tamper-proof machine had not been invented and credibility of
any system depends on ‘transparency, verifiability and trustworthiness’
than on blind and atavistic faith in its infallibility. The issue is
not a ‘private affair’ and it involves the future of India. Even if the
EVMs were genuine, there was no reason for the EC to be touchy about it,
the paper commented. The Government and the EC can’t impose EVMs as a
fait accompli on Indian democracy as the only option before the voter.
There were flaws like booth capturing, rigging, bogus voting, tampering
and ballot paper snatching in the ballot paper system of polling leading
the country to switch over to the EVMs and all these problems were
relevant in EVMs too. Rigging was possible even at the counting stage.
What made the ballot papers voter-friendly was that all aberrations were
taking place before the public eye and hence open for corrections
whereas the manipulations in the EVMs is entirely in the hands of powers
that be and the political appointees manning the sytem, the paper
commented. The EVM has only one advantage — ’speed’ but that advantage
has been undermined by the staggered polls at times spread over three to
four months. ‘’This has already killed the fun of the election
process,'’ the paper noted. Of the dozen General Elections held in the
country, only two were through the EVMs and instead of rationally
addressing the doubts aired by reputed institutions and experts the
Government has resorted to silence its critics by ‘intimidation and
arrests on false charges’, the paper observed, recalling the arrest of
Hyederabad-based technocrat Hari Prasad by the Mumbai Police. Prasad’s
research has proved that the EVMs were ‘vulnerable to fraud’. The
authorities want to send a message that anybody who challenges the EC
runs the risk of persecution and harassment, the RSS observed. Most
countries around the world looked at the EVMs with suspicion and
countries like the Netherlands, Italy, Germany and Ireland had all
reverted back to paper ballots shunning EVMs because they were ‘easy to
falsify, risked eavesdropping and lacked transparency’. Democracy is too
precious to be handed over to whims or an opaque establishment and
network of unsafe gizmos. ‘’For the health of Indian democracy it is
better to return to tried and tested methods or else elections in future
can turn out to be a farce,'’ the editorial said.â¨– (UNI) —
28DI28.xml 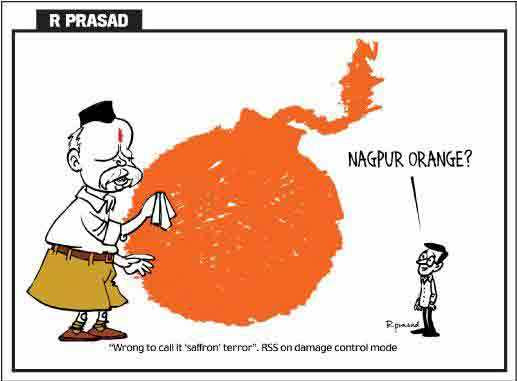 WordPress database error: [Table './sarvajan_ambedkar_org/wp_comments' is marked as crashed and should be repaired]
SELECT COUNT(comment_ID) FROM wp_comments WHERE comment_post_ID = 3945 AND comment_approved = '1';

WordPress database error: [Table './sarvajan_ambedkar_org/wp_comments' is marked as crashed and should be repaired]
SELECT COUNT(*) FROM wp_comments WHERE comment_post_ID = '3945' AND comment_approved = '1'